I came back from my eighth grade trip to Washington, D.C., with a Rosie the Riveter poster from the museum store here (not realizing I'd one day qualify for the staff discount). We all know Rosie—firm expression, blue work shirt, muscular forearm—but when asked to name an icon who represents women's impact in World War I, most of us draw a blank. Although their roles aren't as well-known today, women did participate in the war effort. Their participation not only helped to reorder the place of women in society, it also paved the way for the women who served in World War II.

Our Women in World War I object group is a great place to start to find evidence of women pitching in for the war effort. Created as part of the James Lollar Hagan Internship program, the object group highlights the many varied roles of women in the war as civilians and as members of the armed forces. Here are a few of my favorite examples of how women pitched in during the war.

As members of the U.S. military 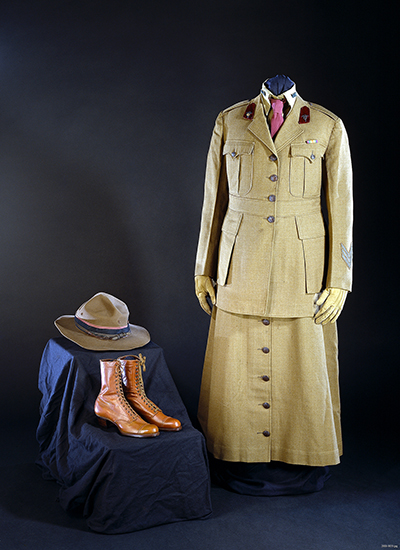 Did you know that World War I was the first time in American history in which women were officially members of the American military in a capacity other than as nurses? This is why their uniforms are so fascinating and important. Although women had already been serving in the Army Nurse Corps and Navy Nurse Corps since the groups were founded in 1901 and 1908, respectively, the onset of World War I gave women the opportunity to serve in many other branches of the military. The Army Signal Corps recruited women to serve as bilingual telephone operators, or "Hello Girls," to help run vital military communications in Europe. The Navy recruited women to serve as Yeomen (F) ("F" for female), also called "Yeomanettes" or "Yeowomen," to perform mostly clerical duties across the country in naval stations, shipyards, hospitals, and munitions factories. Women also served in the Marines as Marine Reservists (F), or "Marinettes," performing clerical duties such as accounting, recruiting, and stenography, primarily in Washington, D.C. 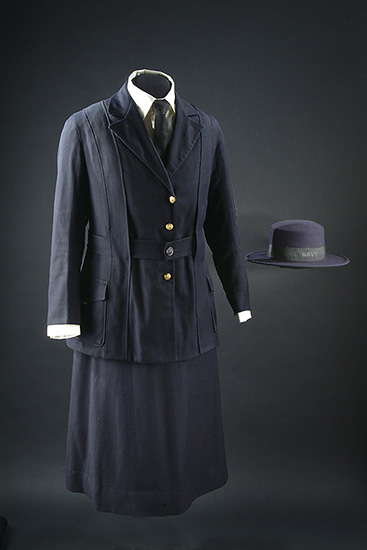 As members of civilian organizations 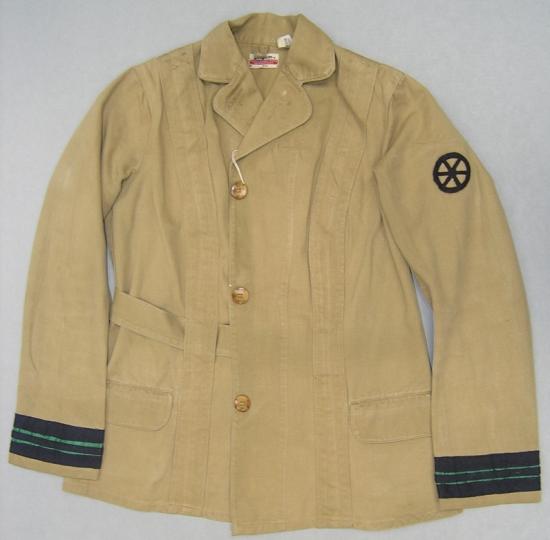 American women helped support the war effort in a number of civilian roles, even years before the U.S. declared war on Germany. Civilian organizations, such as the American Fund for French Wounded, were established by American women and staffed by American women volunteers to help wounded soldiers and war refugees in Europe. They also participated in the Preparedness Movement by organizing military training camps for young women, such as the First National Service School and the Emergency Services Training Corps. During the war, civilian women served at home and overseas with numerous civilian organizations such as the National League for Woman's Service, the Salvation Army, the Jewish Welfare Board, the American Red Cross, and the Woman's Land Army of America. 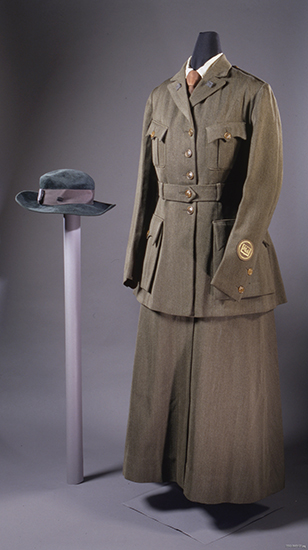 As our curators have written, all of these organizations had uniforms that mimicked official military uniforms of the time. By donning these uniforms, women aligned themselves with the principles of military order and discipline and gave visual representation of their patriotism; perhaps most importantly, they symbolically claimed the full citizenship that they were denied at this time prior to the passage of woman suffrage. 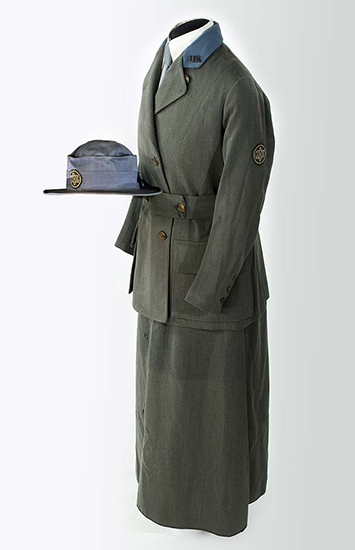 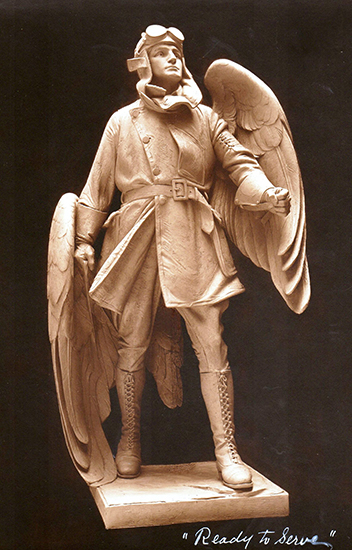 Memorializing the young men who were lost in the war was often the job of the wives and mothers. A powerful example of this is Sallie Maxwell Bennett, whose son Louis, a flying ace, was killed in action in France. Mrs. Bennett made it her mission to track down his unmarked grave and memorialize him—with the help of the very enemy who had been responsible for his death. Despite his distinguished combat service with the British Royal Flying Corps (later named the Royal Air Force), Mrs. Bennett's son never received any service awards from either the British or American governments. But his mother's dedication ensured that his memory would not fade. Her donation to the museum of objects and photographs belonging to Louis join thousands of other artifacts in our collection that serve to memorialize the men and women who participated in World War I. 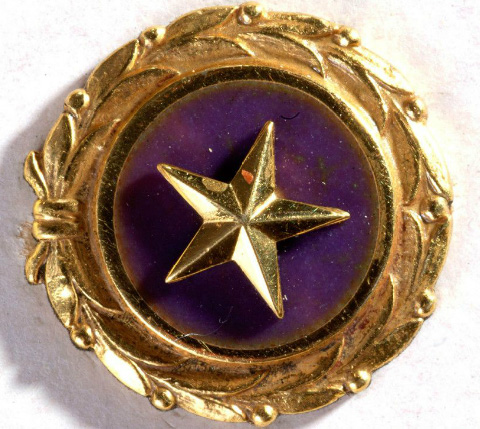 Erin Blasco is an education specialist in the New Media Department. Patri O'Gan, Margaret Vining, and Barton C. Hacker contributed to this blog post. The authors recommend the following blog posts for further reading: At home and 'Over There': Women in World War I object group; From satin to khaki: Women join the Military Preparedness Movement of 1916, and A mother's solace: A letter from a World War I enemy.

Posted in From the Collections, Women's History, World War I, Philanthropy