Ralph Baer: The inventor I knew

I love being around inventors. I love the quality of their imaginations, but most of all, I love the kind of people they are, their personalities honed by their creative interests and life experiences. I am fortunate that I can call a few of them close friends. Among them, I count Ralph Baer, the father of video games who
died at the age of 92, as one of the closest. I knew Ralph since 2003 when colleagues and I were invited to his home in Manchester, New Hampshire, to see his basement lab and the papers and prototypes that he was offering to donate to the Smithsonian, which we indeed subsequently acquired.

Today video games are common fixtures of our lives, but as with all profound innovations, Ralph had created something no one had ever imagined before. Much has been written about Ralph's pioneering role in the invention of video games, recognized by the National Medal of Technology among numerous other awards. However, on the occasion of his passing, I want to focus on the kind of man he was—the Ralph I came to know.

Of course, the man can never be separated from the inventor. Like all inventors, Ralph had an extensive support network, consisting of former company associates, of engineers and fellow inventors, but it soon became apparent to me that family was his mainstay. Ralph was a beloved husband, father, grandfather, and uncle. With his charm and limitless imagination, he also acquired an extended "family." I was lucky enough to be one of the people who Ralph embraced as family. So today I would like to share just a few of the many rich memories that defined him for me. 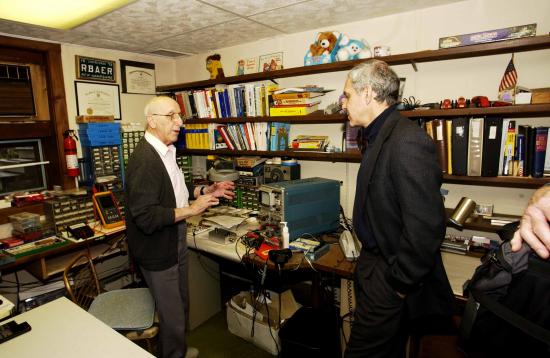 When Ralph died, a journalist asked me what had made him so successful as an inventor. I listed what I considered key attributes, but foremost his unstoppable creativity—an inventive drive that persisted until the day he died. At his 90th birthday party, he told me that a reporter had asked him why he continued to invent at his advanced age. With evident frustration, he responded, "Would you ever ask that question of Picasso?" Point made.

Anyone familiar with Ralph's story will know that he grew up in Hitler's Germany, where his family suffered the denial of basic citizen rights and where he was banned from his school just for being Jewish. He and his family managed to escape the Nazis on the eve of Kristallnacht. They fled to America where he found a new life. In recent years, he was invited back to his hometown of Pirmasens, a small shoe-manufacturing city in the Rhineland near the French border. Despite bitter memories, he readily accepted the invitation and was welcomed back as a hero by a new generation. He is also celebrated in the Computerspielemuseum (computer game museum) in Berlin, whose director became a fast friend. Ralph always looked forward, and he forgave.

Finally, although he was a serious man, Ralph never lost his spirit of play. Successful inventors somehow manage to maintain that childhood sense of wonder and amazement, which to Ralph Baer was far more important than the monetary reward that invention could bring. In 2009, we invited Ralph and his associate Bill Harrison to the Lemelson Center's Spark!Lab to recreate one of the first demonstrations of his "brown box," the controller for his first tennis-like video game. Spark!Lab was filled to capacity with kids, parents, and curious adults who recalled their own introduction to gaming. Although he was in his late 80s, kids treated Ralph like a rock star. They seemed to hang on his every word and, after the demonstration, they swarmed around him for pictures. Eight-year-olds vied just to touch him. It was an unforgettable moment. 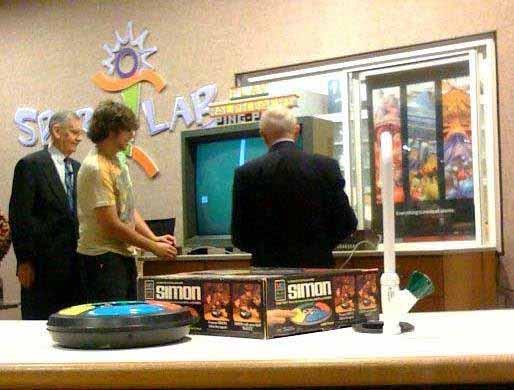 It was 13 years ago that I first visited Ralph's basement lab, a playful space if there ever was one. It was festooned with toys he invented—Odyssey and Simon, the best known—but also countless gadgets in the making (an animated Barbie doll, for example). Ralph's lab was also an iconic space, and just before his death, we collected it for the Smithsonian, where it will symbolize the innovative process in the museum's west wing. To me, the lab represents the Holy Grail of invention spaces. It will occupy a place of honor adjacent to the Lemelson Center's upcoming Places of Invention exhibition. Ralph was initially hesitant about giving it up; after all, he was still at his bench every day. Only after his son Mark, who provided critical help with this donation, promised to build a replacement bench for him did he agree to part with it. Relieved of that worry, he embraced our project wholeheartedly. 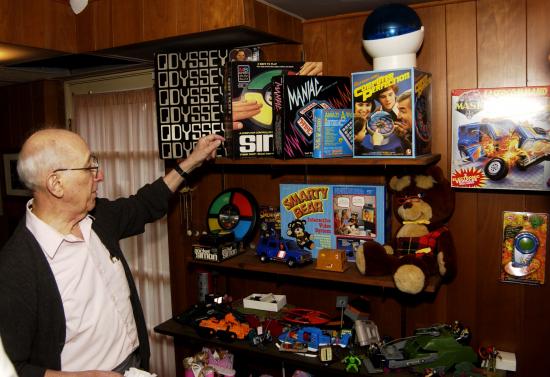 I am deeply saddened that Ralph did not live to enjoy the upcoming celebration of his accomplishment. We can take solace in knowing that he will forever be with us in spirit—and in that laboratory, being readied for its public opening on July 1, 2015. Ralph Baer is now not only in the National Museum of American History, he is American History; his story is America's story. He has always belonged to his family and friends. He will soon belong to the entire nation.

Arthur Molella is the director of the Jerome and Dorothy Lemelson Center for the Study of Invention and Innovation. He has also blogged about a modernist sculpture and the history of cell phones.