How Santa brought Coca-Cola in from the cold

For me, it's almost hard to imagine a holiday season without Coca-Cola. The adorable polar bear commercials, the penguins romantically sharing a bottle atop a snowy Antarctic drift... New wintry soda advertisements have grown into their own kind of holiday tradition, something Americans watch out for and talk about. But it turns out that Coca-Cola's influence on the Christmas holiday season, and winter's influence on the soda brand, runs much deeper than you might first expect. 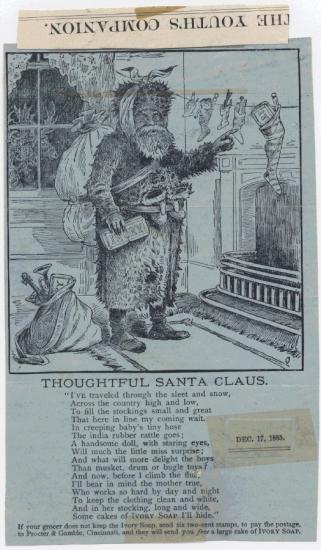 Visitors to our new American Enterprise exhibition, opening July 1, 2015, will come face-to-face with an image they're more than likely already familiar with. A Coca-Cola advertisement depicting Santa Claus, decked out in his holiday finest and sharing a refreshing bottle of Coke with his elves, will help our curators frame a discussion about how the advertising industry and commercial companies have influenced the way Americans think and consume. This ad in particular also helps explain why Coca-Cola turned to a wintry holiday figure to help sell their products. During the chilly winter months, the company faced a major problem: how do you convince customers that soda is not just a summer beverage, but should be enjoyed year-round? As early as the 1910s, they turned to Santa Claus for the answer, hoping the popular figure would help connect Coca-Cola to the holiday season. 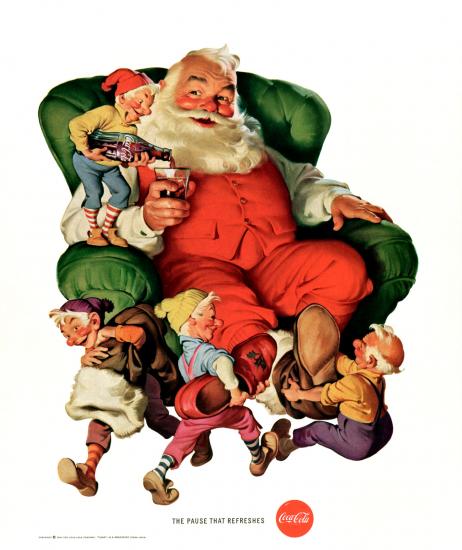 Santa Claus in the 1910s and 1920s had largely come into focus as the jolly, bearded, happy soul we would recognize today, but artists still occasionally tweaked the color of Santa's robes or the amount of girth they added around the middle. At the time, Coca-Cola relied on the images of Santa that had prevailed for a century. In 1822, American poet Clement Clarke Moore wrote a poem for his daughters about "A Visit from St. Nicholas," describing the holiday gift-giver as a "little old driver, so lively and quick" who was small enough to fit down chimneys. By the 1860s, famous cartoonist Thomas Nast had turned Santa Claus into a fully human-sized character and given him a home at the North Pole. 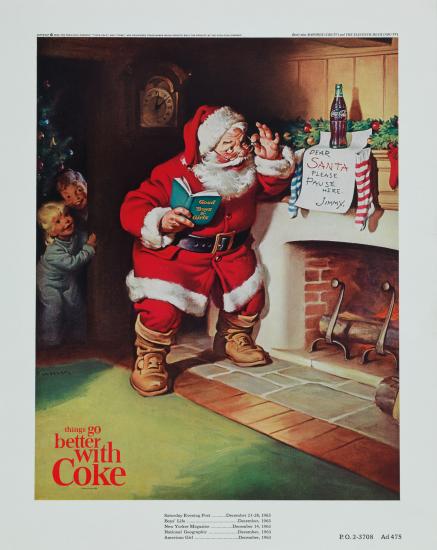 In the early 1930s, Coca-Cola turned to Haddon H. Sundblom, an advertising artist with the D'Arcy Agency, to design a new Santa. Sundblom redrew Santa Claus as a plump, cheerful man with snow-white hair and dressed him in red and white—colors that had already become associated with Santa, but which happily matched Coca-Cola's signature colors. Sundblom even provided a Mrs. Claus, based on his own wife. Today, it is Sundblom's Santa who decorates everything from Coca-Cola cans to Christmas sweaters, from greeting cards to home décor, all because Coca-Cola wanted to increase its winter sales. 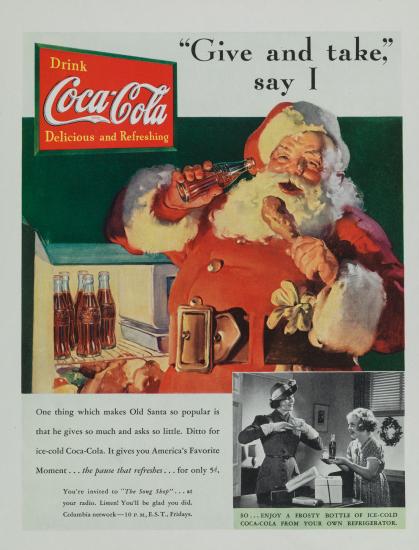 When doing research for this post, I came across another bit of surprising history that ties Coca-Cola ever closer to the holiday season. In 1965 Charles Schulz, creator of the Peanuts comic strip, and his friend Lee Mendelson pitched a story about Charlie Brown, the world's worst baseball player, to network television. No one took the bait. But that summer, Coca-Cola reached out to Mendelson, asking if he and Schulz could turn out a Charlie Brown Christmas special in the six months remaining before December 25, 1965. Schulz and Mendelson jumped at the chance, but Schulz insisted both that the special include a full minute of Linus reading the Nativity chapter from the Gospel of Luke and that all of the characters be voiced by real children, not actors. Coca-Cola agreed to the terms and in about three months A Charlie Brown Christmas was born. The show aired on CBS for the first time on December 9, 1965, and almost half of America's television audience tuned in for it. Another Coca-Cola-sponsored Christmas tradition was born. 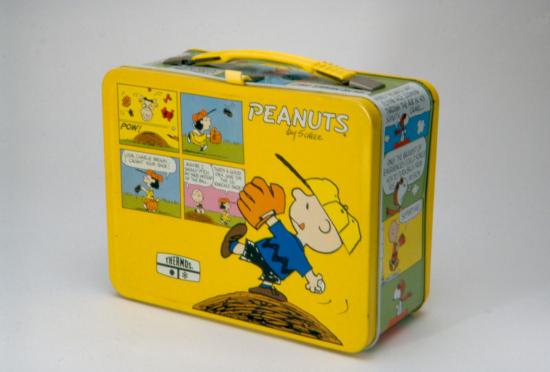 A few more objects from Coca-Cola will be appearing in the American Enterprise exhibition, including some Spanish-language commercials and the recent "Coke Hands" ad. Santa Claus and his role in advertising history also appears in our OurStory activity set Money Makers, based on the children's book Lemonade in Winter.

Tory Altman is an education specialist. She has also blogged about What it Means to Be American. 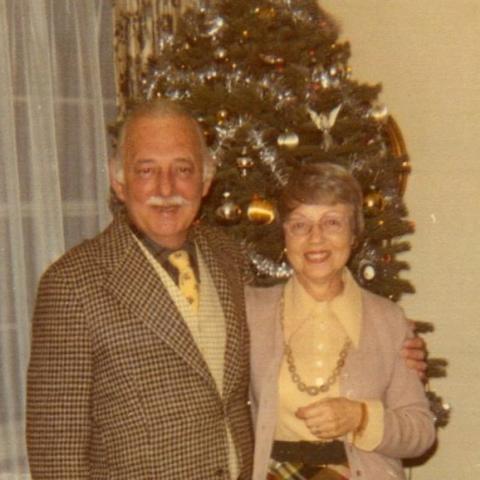