Tasting the 1930s: An experiment with congealed salads and other one-dish wonders

The members of the Patrick F. Taylor Foundation Object Project team have been poring over authentic period cookbooks as research for the refrigerators section of this new learning space. We cringed at the varied uses of gelatin; we marveled at the elegant radish roses. Finally, we decided to put the recipes into practice. We each selected one from the Product Cookbook Collection of the museum's Archives Center. 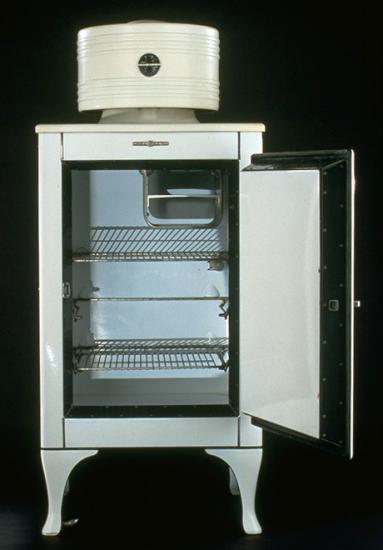 The 1930s witnessed major developments in how Americans ate and thought about food, as well as how they purchased, stored, and prepared it. More than 11 million women were in the workforce by 1930 (11.7 percent of them were married), and they looked for ways to save time in the kitchen. Many began to replace their messy and inefficient iceboxes with electric refrigerators. By the end of the decade, 60 percent of American households had one.

Refrigerators kept food reliably cold for longer periods, which meant less time spent on frequent trips to the grocery store. And thanks to the electric refrigerator, "cooking with cold" became not only a convenient way to prepare a meal but a trendy way to enhance the experience of eating. A 1929 advertisement described the process: "chill new flavor and sooth coolness into every course."

In the midst of the Great Depression, economy became just as important as efficiency. "Leftovers are valuable," declared one cookbook, "don't waste them!" To prevent the boredom of eating the same meal over and over again, home economists and cookbook authors alike encouraged home cooks to disguise leftovers by incorporating them into whole new dishes.

Armed with jars of mayonnaise, can openers, and Jell-O molds, the Taylor Foundation Object Project team set out to recreate historical 1930s recipes. Here's what we found when we put our concoctions to the taste-test: 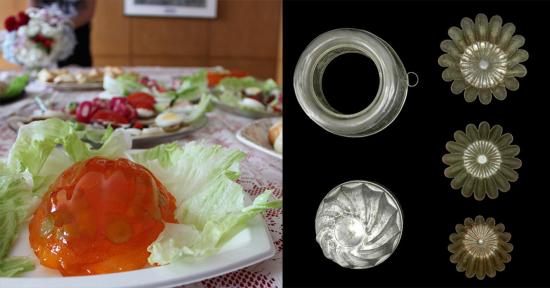 Gelatin, of course, was an unavoidable thread throughout the meal; almost every dish jiggled. It was (and is) inexpensive, as well as a source of a protein. As fresh fruits and vegetables became more prominent in the American diet in the 1930s, congealed salads were considered an elegant way to present them. Bright colors, dainty shapes, eye-catching swirls of mayonnaise, and garnishes galore were intended to make meals attractive and appealing.

Gelled and congealed salads—sweet, savory, or both—became staples in American households to the point that "about one-third of all cookbook recipes of the time were gelatin based," according to The Oxford Encyclopedia of Food and Drink in America. Bits of vegetables, meats, fruit, marshmallows, and cheese could be mixed together to created molded "one-dish wonders" suitable to be served as a main course. 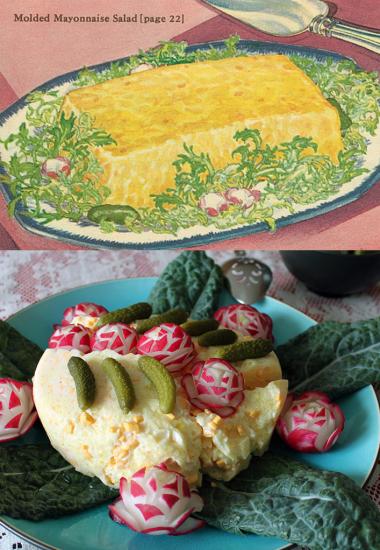 The recipe appears in the 'Salads for Special Occasions' section of a cookbook, which states that "the more attractive, the more dainty, the more delicious the salad, the more competent delightful hostess do you prove yourself to be."

"There were not enough radish roses to make my salad delicious," Fernanda lamented.

Though our modern taste buds found this surprising combination of flavors and textures less than delicious, it would have been a highly fashionable entrée for the 1930s hostess. 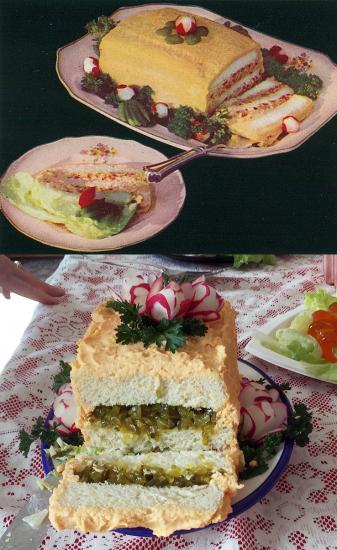 And the biggest surprise? The Surprise Loaf itself. It was assembled like a cake, consisting of three tiers of bread separated by layers of a coleslaw-like mixture and relish, with a whipped combination of cream cheese and "snappy" cheddar cheese spread like icing on the outside. Garnished with parsley and radish roses, the Surprise Loaf proved to be yet another example of a fancy-looking entrée that used inexpensive ingredients. 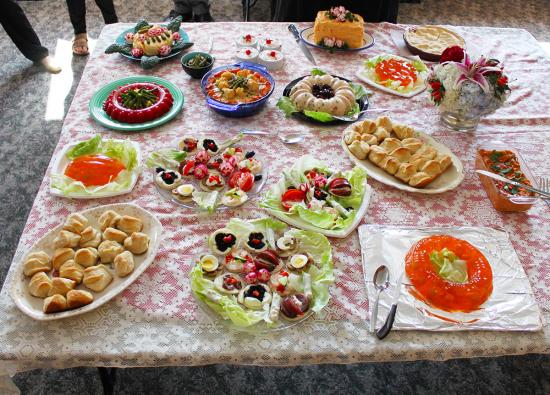 In truth, presentation was where our potluck excelled. Along with finding creative ways to repackage leftovers, 1930s hostesses had an eye for elaborate tables. Emma made a Leftover Vegetable Casserole, unanimously voted "most edible."

"I think I could learn a thing or two about presentation from the 1930s hostesses," Emma said. "I was surprised how pretty everything looked. We made up in style what we lacked in taste. Styling my food really made it feel special." 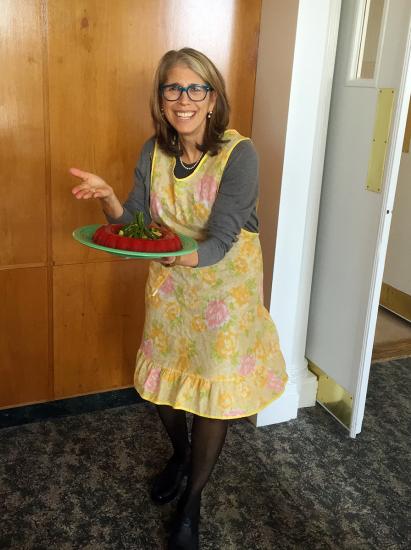 Making these 1930s recipes ourselves, especially where molds and casserole dishes were involved, helped demonstrate a key theme in the cooking literature of the time: the emphasis on easy, make-ahead meals. The convenience that 1930s cooks desired allowed us to make our dishes at home the night before, then easily plate and garnish them when it was time for the potluck.

As Judy said, "This was certainly a celebration of home refrigeration, gelatin, and garnish!"

See all the photos from our 1930s potluck: