“The world infrequently notes the passing of a squirrel," announced an Arizona radio station on August 10, 1949. But when it comes to the tale (or should we say “tail”) of Tommy Tucker, a most particular and patriotic squirrel, the radio station had to make an exception. And so must we.

When World War II broke out, Tommy heeded the call for civic engagement. Determined to do his part, he partnered with the Treasury Department, encouraging Americans, especially school children, to purchase war bonds.

In the 1940s, Tommy traveled the country raising money for the war effort and philanthropic causes, sporting his fabulous wardrobe of over 100 outfits─almost every ensemble completed with a matching hat. He visited many schools, entertaining children and inspiring them to give, but he didn’t stop there.

“You have become a very famous squirrel, indeed,” the official wrote, “with bomber crews carrying your picture over the fighting fronts, letters from notables everywhere, your picture in LIFE magazine, a coast-to-coast radio hookup, in which you asked in good ‘squirrel language’ for people to buy Bonds.”

And he wasn’t exaggerating. In Tommy’s archival papers, you’ll find heartfelt letters from soldiers to the squirrel.

“We carry your picture with us when we fly. And when we look at your picture, we realize the wonderful work you are doing for us and it gives us much more confidence, so we can do the job we have to do,” wrote waist gunner Sgt. Morris A. Goodrich.

“I know you are back there rooting for us wishing you could be with us, in a way I’m glad you don’t have to live through what we have to face every time we go out and come back,” penned Lt. James (Jimmy) E. Evans of the U.S. Army Air Forces.

Tommy was indeed rooting for the troops. He visited the war wounded in the hospital on the home front. He also attended events with representatives from the Red Cross, encouraging people to give.

Tommy must certainly be the most heroic, patriotic, and philanthropic squirrel represented in our collection; however, in telling his story, we’d be remiss if we didn’t focus on the woman who made it all happen: Mrs. Zaidee Bullis.

Bullis raised Tommy from a young squirrel, procuring his dresses and then training our furry friend to wear them. She managed Tommy’s bookings and his transportation to events, even trademarking his footprint. While letters of gratitude were addressed to Tommy, Bullis dealt with the less fun mail—letters with directions like, “It will be up to you to see that you get Tommy Tucker aboard [the train] without interference from the railroad people.” One has to imagine getting a squirrel into a drawing room car was not an easy feat. Neither was making a squirrel a national star. And Bullis did all this in the 1940s. (Among Tommy’s archives is a banking form labeled “Husband’s Consent to Wife’s Separate Account”—a sobering reminder that Bullis coordinated Tommy’s rise to fame and philanthropic career at a time when her own independence was severely limited.)

“She’s the only Mother I’ve ever known,” Tommy wrote of Bullis in his autobiography, The True Story of Tommy Tucker, which Bullis certainly “transcribed” for the squirrel. In the autobiography, available to read online, Bullis’s hard work—as well as the charmed life she created for Tommy—is evident. In the book, Tommy writes of outings to the park, the beach, and the zoo. “I put on a pretty dress when I go to the zoo. The squirrels in the zoo do not have dresses.” (Burn.) He had his own room, his own toys, and a bed where, he wrote, “I take short naps many times a day. I take a nap whenever I am tired.” (Talk about living the dream.) Tommy concludes his autobiography, “I am a very happy squirrel.”

Tommy’s very happy life came to an end in 1949, when he died at the Grand Canyon—a picturesque place to go. Even after his death, Bullis continued caring for the squirrel, having him taxidermied and dressing him in a fabulous pink frock and pearls. Today, you can peruse Tucker’s archives in the Archives Center at the museum.

Amelia Grabowski is a social media coordinator at the museum. 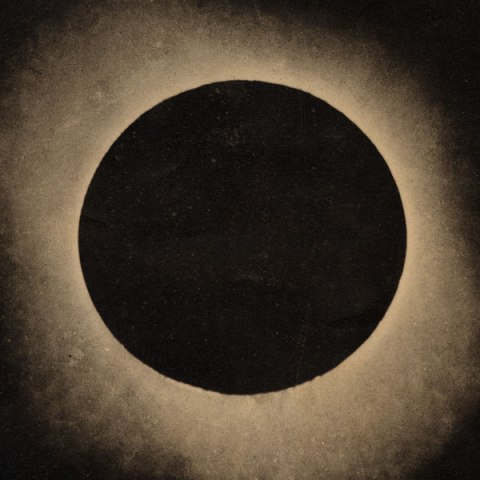 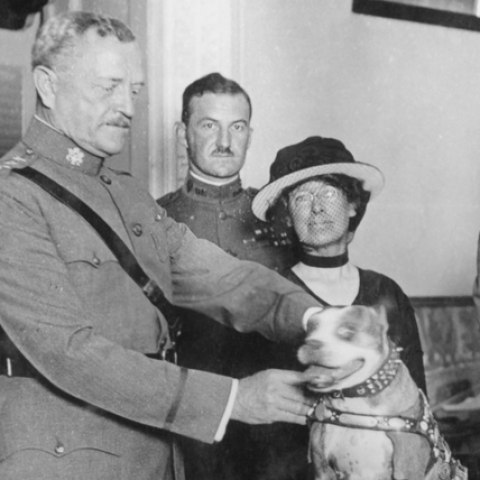