Piano manufacturer William Steinway (1835–1896) attended all the operas within the Ring cycle. Steinway was a German emigrant, arriving in New York City from Seesen, Germany, in 1850 with his family when he was 15. An avid supporter of German music and culture, Steinway attended numerous plays at the two German theaters in New York, the Germania and Thalia, and attended operas and concerts, many under the direction of German-born conductors. He was also a member of the New York Liederkranz, a German singing society. Under William's leadership, Steinway & Sons, founded by William's father, Heinrich Steinway, became one of the most successful piano companies in the country. The company also sponsored the tours of numerous artists, including Russian pianist Anton Rubinstein and Polish pianist Ignacy Paderewski. Delving into Steinway's diary that is housed in the museum's Archives Center and available online, we get a glimpse into how these operas captured the souls of 19th-century music lovers—from the ordinary folk to sovereigns and nobility—sending them into a state of ecstatic frenzy. 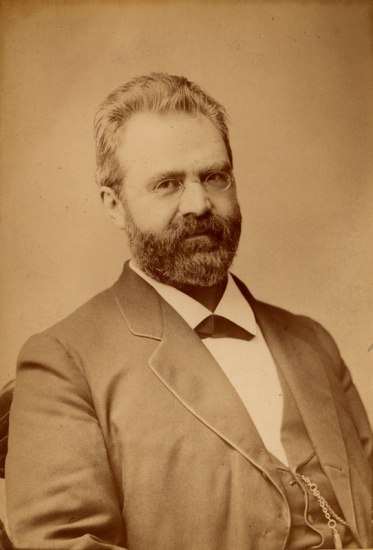 Wagner called his Ring cycle "a festival play of four individual works" based on Norse myths with gods and magic, giants and dwarfs, and a dragon and Rhine maidens. In a letter written February 11, 1853, to his future father-in-law and composer Franz Liszt, Wagner stated that the Ring contained "the world's beginning and its destruction." The first opera, The Rhinegold, acts as a prelude to establish the origin of the curse of the Ring forged from the stolen Rhine gold and takes place in a world of gods and myths. The second, The Valkyrie, brings the story down to the world of man in which Siegmund and Sieglinde, unaware that they are twins, fall in love, thus violating Sieglinde's wedding vows to her husband. Brünnhilde, a Valkyrie, tries to protect Siegmund, but is then banished by her father, Wotan, king of the gods. In Siegfried, the third installment, Siegfried (the son of Siegmund and Sieglinde) garners the Rhine gold including the Ring. He then saves Brünnhilde and they fall in love. But as we discover in the finale, Twilight of the Gods, all does not end happily for the lovers. Siegfried leaves Brünnhilde to seek adventures, and in a series of betrayals he abandons her and is subsequently murdered. Brünnhilde throws herself on his funeral pyre. The fire destroys the earthly kingdom and spreads to the godly kingdom of Valhalla. The river Rhine overflows its banks and reclaims the lost gold.

The 14-hour Ring far surpassed all the major dramatic achievements ever produced on stage at that time. In order to produce the cycle as he imagined it, Wagner designed a theater intended solely for the Ring's production in the small Bavarian town of Bayreuth. Wagner produced the complete Ring cycle at the first annual Bayreuth Festival in 1876, the triumph of a vision nearly 26 years in the making turned into reality. Summer Bayreuth musical festivals of Wagner's operas have continued through the years to the present day.
William Steinway's friend, the German American conductor Leopold Damrosch, wrote of his experiences at that very first Bayreuth Festival that introduced the Ring cycle to the public. Arriving in Bayreuth in August 1876, Damrosch noticed the excitement surrounding the immense numbers of people from around the world, from avid opera lovers to two emperors, Wilhelm I of Germany and Pedro II of Brazil. Wagner's friend and financial backer King Ludwig II of Bavaria attended the rehearsals and the Ring's third presentation that summer.

According to Damrosch's reports in The Sun, after hearing the prelude, the sovereigns and princes shouted for Wagner for 15 minutes to no avail, but their enthusiasm "shook with the reverberations of their applause." At the close of Twilight of the Gods, the audience burst into fanatical demonstration, waving handkerchiefs and hats then calling for Wagner in a dozen languages until he finally appeared.

The audience reactions mirrored those of the performers who were equally ecstatic about the opportunity to sing at the first Bayreuth Festival. Writing her memoirs 40 years later, renowned soprano Lilli Lehmann, whom Steinway mentioned on a number of occasions in his diary, still delighted in that magical time. According to Robert Hartford's Bayreuth The Early Years (1980), she wrote that the 1876 Bayreuth Festival was for her "surrounded by an aura which the passing of years has failed to diminish . . . the proof of its power remains."  She credited Wagner with inspiring the performers to greatness. The music composed by the great genius and the performance by the orchestra, "all combined to produce a state of inspired exaltation. It was a powerful and strange magic spell that remains in my memory . . . and still works my emotions." Recalling those years she maintained that "nothing ever made my heart beat so much as hearing the first sounds of The Rhinegold when the orchestra began to stir in those first tones . . . and I was called on to make my voice ring out above it. . . . For me it was a glorious moment even at the cost of much anxiety and nervous apprehension."

At the festival's conclusion, Damrosch wrote that to understand the tragic force that Wagner had conceived, "to appreciate the passion intensified to colossal limits ," one had to be there. Nothing of this magnitude had yet been created and "nothing but the power of music was capable of shining down into and lighting up these fathomless abysses of the soul." Wagner had forged a new era in music history. 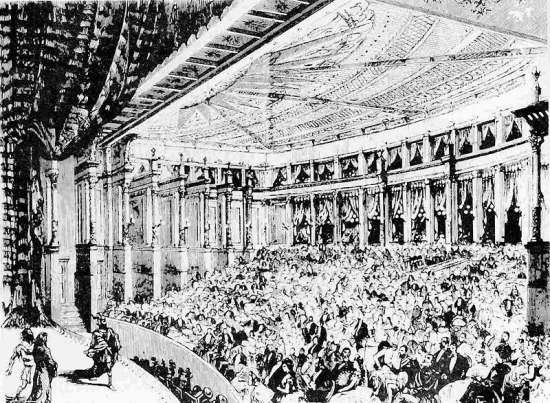 This passion for Wagner's music only intensified over the years. In his essay, At the Shrine of St. Wagner, Mark Twain wrote of his pilgrimage to Bayreuth in 1891: "You seem to sit with the dead in the gloom of a tomb. You know that they are being stirred to their profoundest depths . . . and times when tears are running down their faces, and it would be a relief to free their pent emotions in sobs or screams; yet you hear not one utterance till . . . the closing strains have slowly faded out and died; then the dead rise with one impulse and shake the building with their applause."

New York audiences were equally passionate with much fanfare when these operas debuted under Steinway’s friends, the Metropolitan conductors Leopold Damrosch and Wagner protégé Anton Seidl, with standing-room-only audiences and multiple recalls. In November 1886 Steinway attended the second opera, The Valkyrie, with the debut of renowned tenor Albert Niemann. According to the American Art Journal the audience "bubbled over with excitement" that abated only after the performers returned four times. Steinway thought Niemann "magnificent." In February 1888, Steinway attended the New York premiere of the final opera, Twilight of the Gods. Tickets sold instantly, filling standing room 15 minutes prior to opening with hundreds turned away, inspiring The New York Times critic to deem it "the greatest success in the history of the Metropolitan," while Steinway considered it "highly interesting." 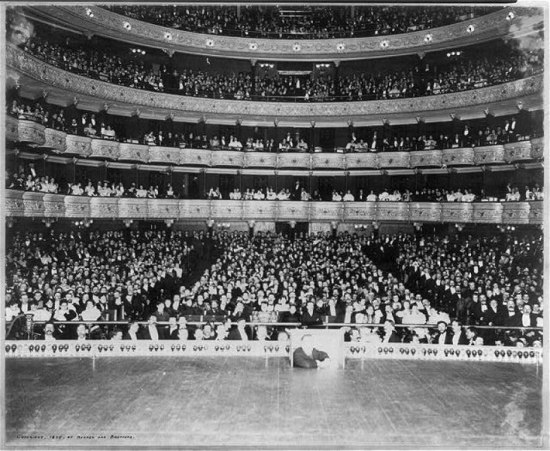 In 1894, with Steinway's encouragement, financial backing, and introductions to artists and donors, the German American conductor Walter Damrosch, the son of Leopold Damrosch, formed his opera company, returning Wagner's operas to New York in February 1895 after a four-year absence. That fall the troupe embarked on a 27-city tour to introduce the country to Wagner's operas. From the first announcement, audiences thronged to the company, leading a critic from The Louisville [Kentucky] Courier-Journal to opine: "Those who had never before heard Wagner's music had become disciples, those who had been indifferent became advocates; many who thought little of Wagner theretofore had become converts."  Crowds packed the halls, recalling the performers repeatedly. Women stood on their seats, wept, shouted, and cheered. Wagner had conquered America.

Susan Welch, a music major in college and a longtime Wagner fan, has been a museum volunteer researcher on music-related topics with the Steinway Diary Project since 1997.

Posted in Music, Religion in America