The World War I story of Nénette and Rintintin

Some dolls, some dogs, and a charming Parisian story from our textile collections, part of our World War I series this month.

In July 1918, observers of life in the war-weary city of Paris, France, commented on the fad for carrying tiny yarn-doll good luck charms. One noted: "It is taking a long chance in these wild days of war . . . to go about unprotected by a Nénette and Rintintin. Curious little mascot dolls they are, that have taken Paris by storm. . . . But their charm is not to be purchased. Until you have been presented with a Nénette and Rintintin, you have not their sweet protection; and if you have the one without the other, the charm is broken."

Several origin stories exist for the dolls. One widely circulated was that they arose as a charm when the German bombing raids began over Paris. A more sentimental and less likely version of the tale says that a French regiment discovered two French children, a boy and a girl, sheltering on an abandoned farm and adopted them. The girl then made a set of yarn doll mascots, which were named after the children. The regiment went on to have great good luck in succeeding battles.

Another version of the story: a Parisian seamstress in the couture house of Madame Paquin made them for a friend and named them after two war refugee acquaintances. But no matter how the dolls originated, they were always supposed to be given, not bought, and the yarn link between the two dolls must not be broken, or they lost their power to protect. 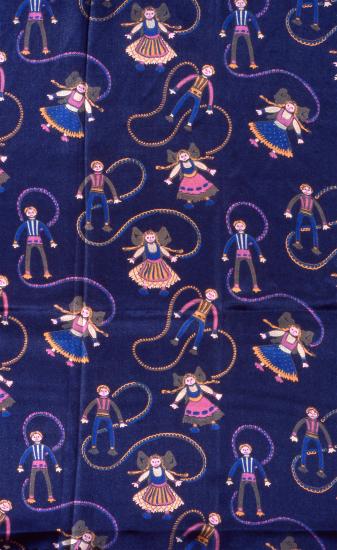 In the fall of 1918, just about the time of the Armistice that ended the carnage of World War I, H. R. Mallinson & Co., Inc., one of the most innovative American silk manufacturers, created a design for printed dress silks depicting the little dolls and their linking yarn. The company noted that for each yard of the design sold, five cents would be donated to the relief fund of the orphaned children of Alsace and Lorraine—two French provinces that were occupied by Germany during the war. The Mallinson firm may have made this gesture from respect and friendship for a colleague in the textile industry, Albert Blum, head of the United Piece Dye Works of New York and New Jersey. Blum was active in wartime relief efforts and had a particular interest in the regions of Alsace and Lorraine. 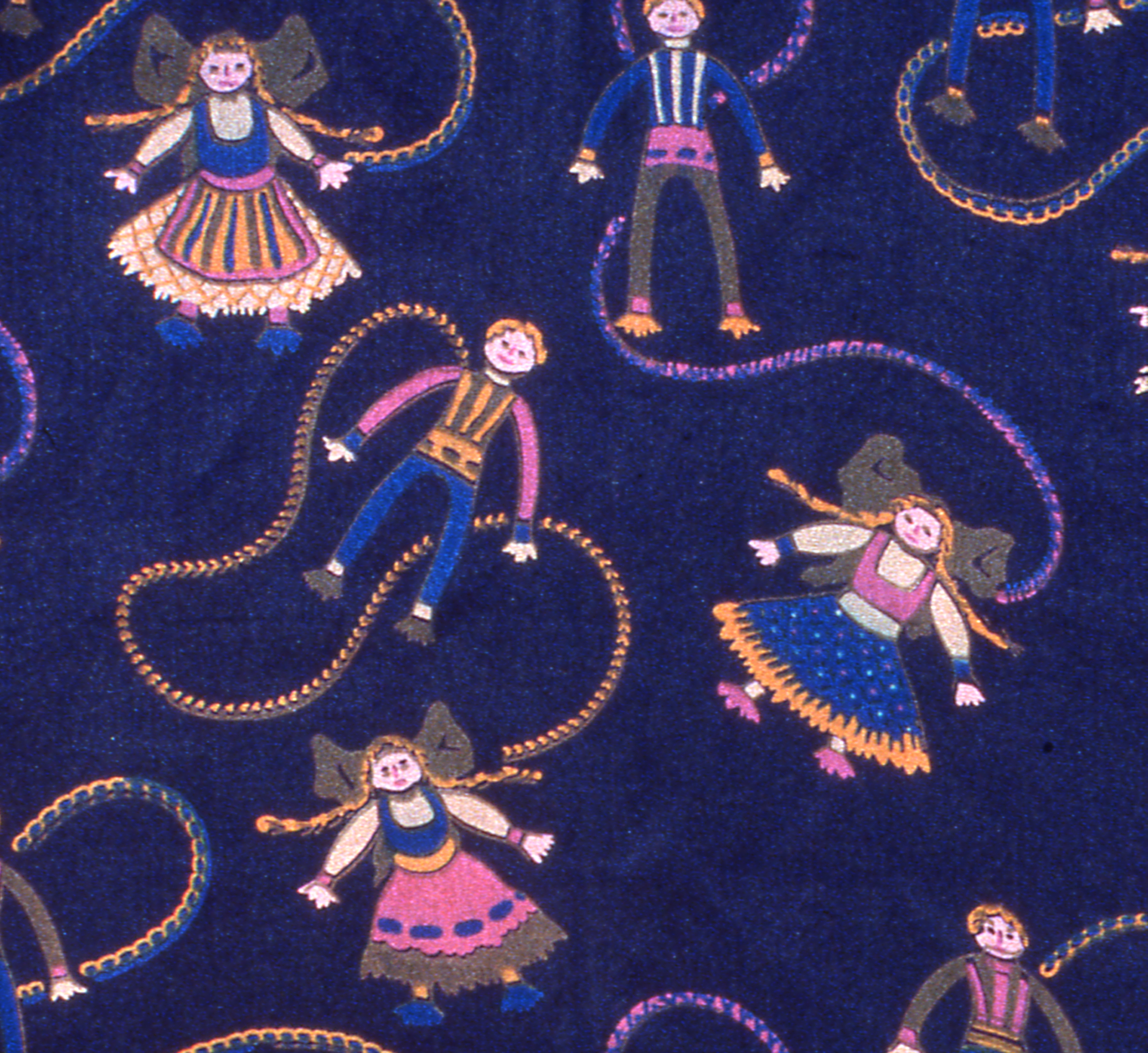 Rintintin made his mark in America after the war was over. In September 1918 Corporal Lee Duncan of the U.S. Army Air Service rescued a German shepherd and her newborn puppies, abandoned in a damaged kennel. He nursed them back to health, then gave several of the dogs to fellow airmen. The two he kept he named Nanette and Rin Tin Tin, as his own good luck charms, and brought them back with him to the U.S. at the end of the war.

The Americanized Rin Tin Tin, and a few of his descendants, would become American film and television stars from the 1920s through the 1950s. Early in World War II, Rin Tin Tin also served as a mascot in his own right, encouraging Americans to donate their dogs to the military’s newly established K-9 Corps.

Posted in From the Collections, Invention & Innovation, World War I, Textiles