Antibodies are a girl's best friend

Antibodies are always looking out for us, and this week we're taking a closer look at them. Antibody-based tests, vaccines, and drugs have dramatically influenced American history, culture, and quality of life. Smallpox, polio, and syphilis, once constant threats, are now distant memories for many, and recent antibody-based therapies continue to further the human battle against disease. 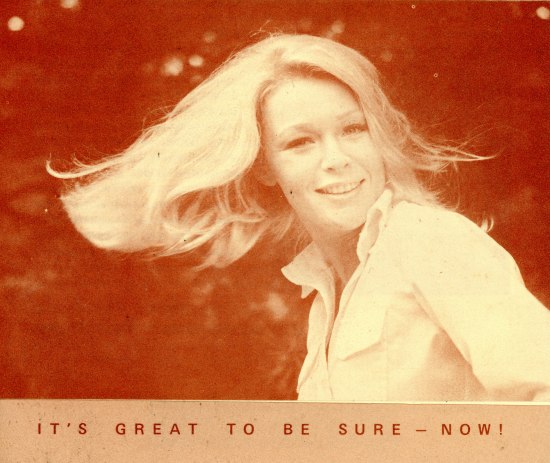 For the uninitiated, the plain brown box could have been anything. Its manufacturer claimed that the box could easily be mistaken for "a perfume sample, a mailed gift or some diet pills." Even the return address was intentionally vague. Yet despite its discreet exterior, the box and its contents promised a revolution.

Traditionally, American women relied on physicians to determine whether they were, or were not, pregnant. Before the 1920s, this had required a physical exam, with doctors being sure in their diagnosis only if they could detect the fetus through a vaginal exam.

In 1925, however, researchers discovered that high rates of human chorionic gonadotropin hormone (hCG) in a woman's urine indicated that she was pregnant. Testing for hCG required urine samples to be provided in a doctor's office. The urine was then injected into a rabbit. If the rabbit ovulated, pregnancy had occurred.

In the decades that followed, tests for hCG became easier. By the 1960s, pregnancy tests were based on mixing a urine sample with antibodies that react with hCG, as well as blood cells that had hCG attached to them. These ingredients were combined in a test tube. If the woman was pregnant, the antibodies would bind to the hCG in her urine, and the blood cells would be free to settle on the bottom, forming a distinct brown ring. If she was not pregnant, the antibodies would bind to the hCG on the blood cells, and no ring would appear.

Although medications and other hormones could also create the brown ring, the percentage of false positives (about five percent) was low enough for this to be a relatively effective way of determining pregnancy.

During the late 1960s and early 1970s, the simplicity of this test led several innovators to develop and market home pregnancy tests. The museum holds two of these early kits: the Predictor, developed by Margaret Crane and Organon, and the Remington Self-Check Kit, created by Robert A. Lerner.

Building on the belief that women are, as the Remington claimed, "entitled to complete privacy—without record forms or appointments or gossip," both the Predictor and the Remington allowed women to bypass physicians and laboratories and conduct a pregnancy test in the privacy of their home. 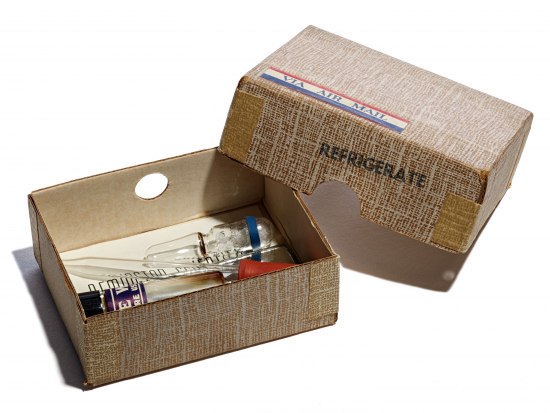 Not all physicians were enamored of this approach. Some argued that a woman who discovered she was pregnant needed to see a doctor, anyway, so why not just begin and end the process with a visit to the doctor? Others feared that the "wrong" kind of woman would use home pregnancy tests. As late as 1980, a Maryland physician lamented that it was not married women "but rather…single adolescents…fearful of the family doctor" who used these tests.

Lerner, the creator of the Remington Self-Check Kit, did not dispute this view. In fact, he directly marketed his test in college newspapers, believing that students were more likely to seek privacy when undergoing this test.

Advertisements for the Remington caught the eye not only of students but also of the Food and Drug Administration (FDA). Arguing that only trained personnel could conduct this test, the FDA ordered the company to shut down.

Unlike Remington, Margaret Crane and Organon took a more cautious route, seeking approval for their product from the FDA while marketing it in Canada and the Netherlands. Although developed in 1968–1969, the Predictor did not receive FDA approval until 1976. Several high-profile cases involving potentially damaging products that had made it to market—such as the discovery that thalidomide, once used to treat morning sickness, caused birth defects, as well as a self-testing kit for diabetes that was found to be unreliable—made the FDA extremely cautious about approving new devices. 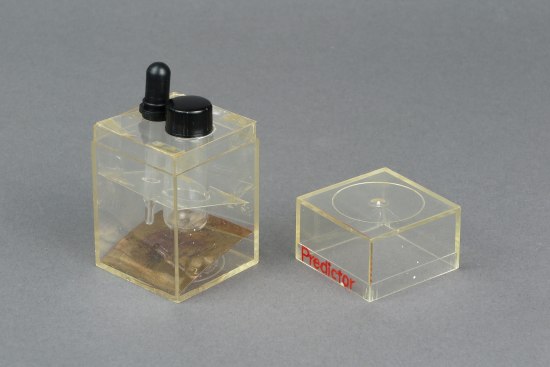 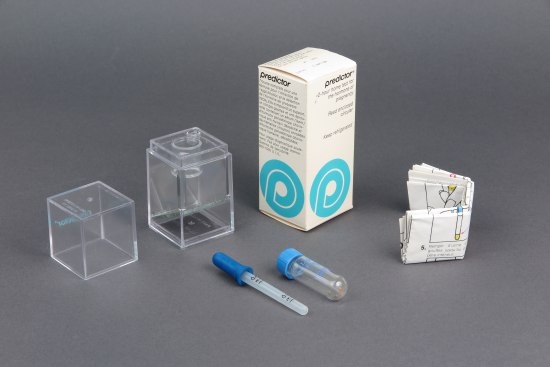 The delay in approving home pregnancy tests also probably stemmed from concerns among physicians and moralists over the question of whether women should, in the absence of a physician, test themselves for pregnancy. A letter to the editor published in the American Journal of Public Health sided with the patient, noting, "not everyone needs carpenters to hammer in their nails."

In the four years following FDA approval of the Predictor, sales of all home pregnancy tests reached $40 million. This sales spike reflected not only women's desires to learn about pregnancy in private, it also reflected a growing turn toward more self-testing devices, all of which allowed patients to monitor their own health.

Alexandra M. Lord, Ph.D., is chair of the Division of Medicine and Science.

Posted in Medicine & Science, From the Collections, Women's History