I'm going all in on red!

Actually, I'm not. But if I were a gambler, maybe that's something I'd say. Gambling has been a popular pastime throughout much of history, even going back to some Roman emperors believed to be quite fond of gambling—regardless of their losses! The National Numismatic Collection holds over a million monetary objects, and some of them may even have been gambled with at some time. While it can be fun to speculate about the past lives of these objects, here are some objects from the collection that are definitely associated with gambling and gaming to think about the next time you ante up! 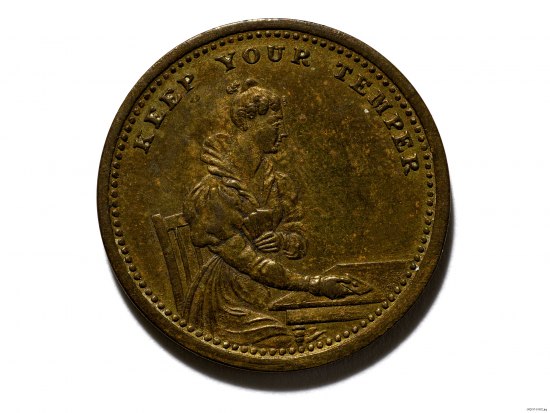 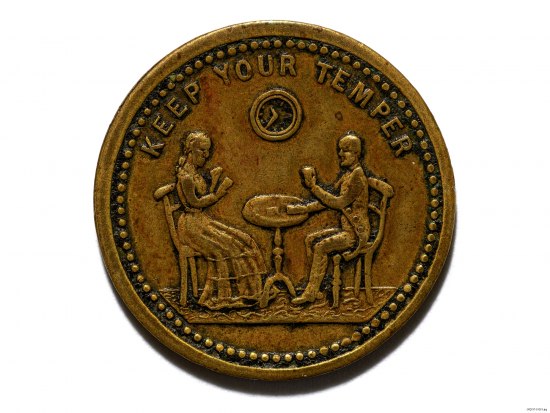 These British gaming tokens look very similar to coins in shape and size, but a closer look reveals that they were intended for use as score counters and gambling chips during card games. The tokens pictured above are from around 1830 to 1853, roughly the beginning of Queen Victoria's reign. The phrase "keep your temper”" reminds players to stay calm and composed during games regardless of the outcome. The image of players seated at a table makes the intention of these as game pieces a safe bet.

Similar to the British tokens, these gambling tokens from Siam date to the 18th and 19th centuries. Made of porcelain, these tokens vary in shape, color, and design and often feature Chinese characters. Prior to the development of gambling tokens, cowry shells and "bullet" coins were commonly used as currency in Siam, but they were not very practical for gaming purposes because they could roll right off the table! These tokens gained popularity in gambling venues so much so that they eventually came to be used as small change outside the venues as well. 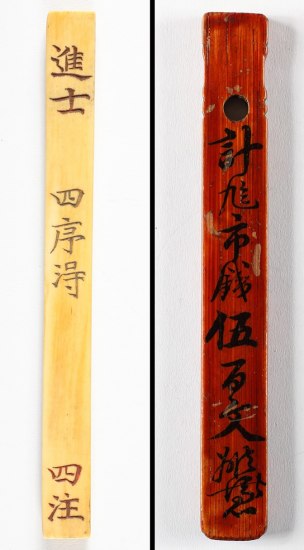 Tally sticks were commonly used for thousands of years by various cultures to keep track of transactions. The ones pictured above are marked with Chinese characters, while others have notches carved into them. Today, tally sticks may be familiar to some as the way to keep score while playing mahjong. Mahjong is a game that developed in China during the Qing dynasty but remains popular today. It is played with tiles and often includes tally sticks for scorekeeping. Modern tally sticks for mahjong may look a bit different from the ones above, but nonetheless they serve similar purposes and share the same origin.

So gamers, the next time you reach for your gambling chips and tally sticks, think back on how these objects have changed and been used over time. And maybe one day objects like the ones you’re using will find their place in the National Numismatic Collection! 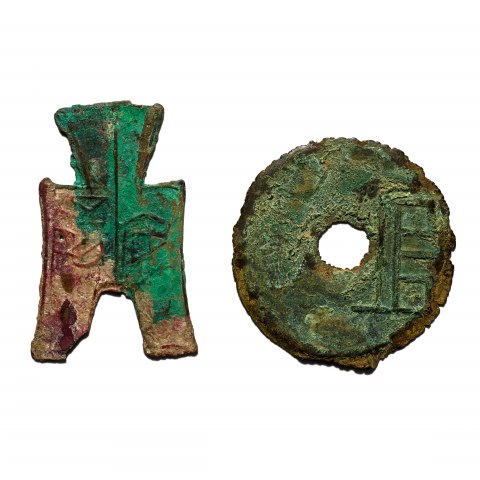