Light pink and very full, the organza and tulle gown took up a major portion of the sofa. Beside it, Natalia had placed her glittery high heels, a rhinestone tiara, and a bouquet of artificial flowers. As a curator of costume and clothing at the National Museum of American History, I was thrilled; after years of searching, the museum had found a wonderful quinceañera gown for the national collection. It was one of the principal objects on my collection wish list! The dress and its accessories, along with stories of all the activities that surrounded it, would speak eloquently to museum visitors of a Latina adolescent coming of age. 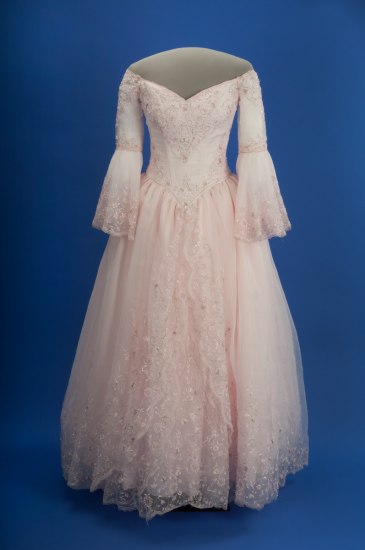 Every year, tens of thousands of young Latina/o youth nationwide celebrate their 15th birthday with a fiesta de quince años, or quince años. It’s an event that can be expansive, with many family members, friends, and the community contributing, but also expensive, with the purchase of appropriate clothing and the organization of related activities. Every aspect of the quince años celebration is carefully considered. Being on the verge of adulthood is a momentous, never-to-be-repeated occasion that involves religious as well as festive elements. As a curator, I knew that the clothes selected for these events were precious to those who had worn them, and I recognized how difficult it might be to collect such treasured objects.

In 2008, with the award of a Smithsonian Latino Initiative Pool grant to collect objects related to Latina/o life, fellow curator Steve Velasquez and I met with scholars and researchers who might assist us in this nationwide effort. Coincidentally, one of our scholars, Elaine Peña, a professor at The George Washington University, had direct contact in Chicago, Illinois, with Natalia Flores, a young woman who had recently celebrated her quinceañera. At the same time, we learned that another scholar, Norma Cantú, could connect us with Sister Angela Erevia—a sister in the Missionary Catechists of Divine Providence who spent decades helping Latina/o families develop a religious framework for their children’s quince años celebrations.

Had Sister Angela Erevia met Natalia Flores, she would have been pleased with the quinceañera celebration Natalia and her family organized in Chicago in 2006. When we visited Natalia in 2009, she provided us with the highlights of this watershed experience in her young life. Together, we sat in her family’s Chicago apartment, surrounded by her gown and other objects that brought back memories of that special 15th birthday.

Since Natalia’s mother never had a quinceañera, and because Natalia was the oldest daughter, the purchase of these event’s fineries meant a lot to both. However, in our conversation Natalia was quite clear that her celebration was not about all the special clothes, accessories, or the party after the church mass. She emphatically assured us that the religious aspects of the day were the culmination of the spiritual preparation she had pursued with the help of the priest of her church. To her, the quinceañera was an important transition to adulthood, when she would be responsible for her actions and accountable to apply the religious teachings she had learned. Natalia recounted what her mother had said: “This is a once-in-a-lifetime thing—but it is more than a party, think about the church.” 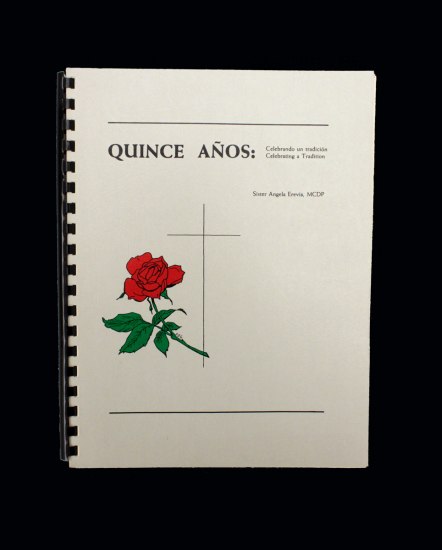 This is how Sister Angela envisioned the quince años when, in the 1960s, she began encouraging more people to adopt this Latina/o celebration in America. As a sister in the Missionary Catechists of Divine Providence, the only Mexican American religious order of women established in the United States, Sister Angela recognized the challenges young people, and particularly Latinas/os, faced as they searched for their identity and purpose. Hoping to enlighten quinceañeras and quinceañeros, their families, and their faith communities about the traditions of this celebration, she wrote manuals and developed pamphlets, hymnbooks, and videos—liturgical materials that are now available for research at the museum’s Archives Center. Her Quince Años manual provided 15 reasons for celebration; all of them affirmed the religious aspect of this occasion. Though Sister Angela rooted the celebration in the Hispanic traditions of Mexico, her 2000 edition noted that any Catholic boy or girl, irrespective of their ethnic background, might participate in the quince años. 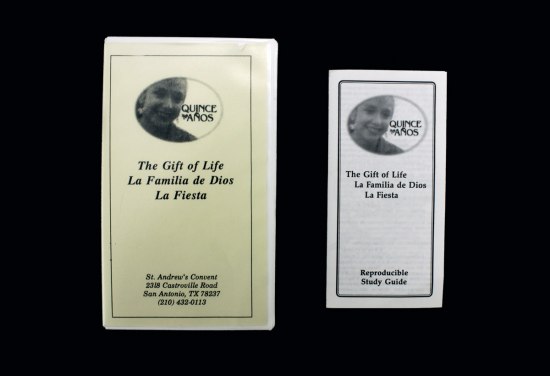 Though Natalia paid heed to the religious aspects of the celebration, the other notable elements of the quinceañera event had their place. Choosing the dress was a momentous occasion. Years of viewing old Mexican and American films with images of fancy dresses had given Natalia ideas of how she wished to look. By choosing to buy the dress in her local Chicago neighborhood, she was able to bring friends and family with her to discuss the options. Natalia vetoed green, yellow, blue, and shiny neon pink options, gave a definite “no” to a strapless gown, and finally settled on a light pink dress—a princess look that was, as she said, “not so open, and not so closed.” Natalia saw symbolism in the dress’s embroidered stems and flowers, noting in her interview that they indicated her reaching out to the future while still looking to the roots of her traditional past. 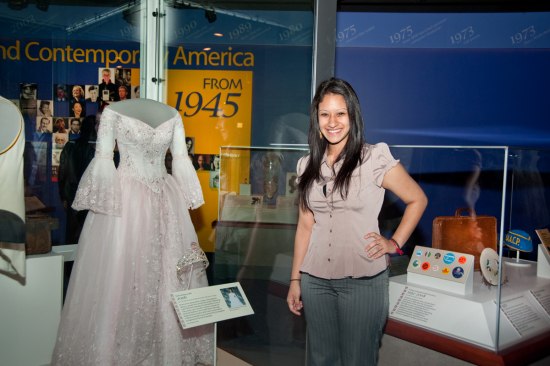 When we met, Natalia admitted that moving from the church to her party during her quinceañera was an emotional time. There, she removed her simple hair tie and exchanged it for the crown—a transformation from a princess to a queen. The dance with her father—first as a “child,” then wearing the crown as a woman—meant a “goodbye to the old me.”

Looking back five years later, Natalia recognized that this quinceañera experience enabled her to learn about herself, to recognize her fears, to appreciate her traditions—and then, embrace the future. It pleases me to know that within the museum’s collection there resides an object that has such meaning to its wearer, and that it is joined by materials in the Archives Center that will provide future researchers an understanding of the quince años’s background and significance.

Nancy Davis is a co-curator of the exhibitions Many Voices, One Nation and American Enterprise. She is a curator in the Division of Home and Community Life at the National Museum of American History. 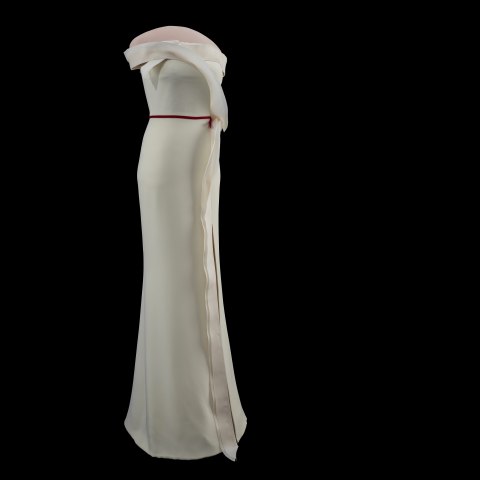 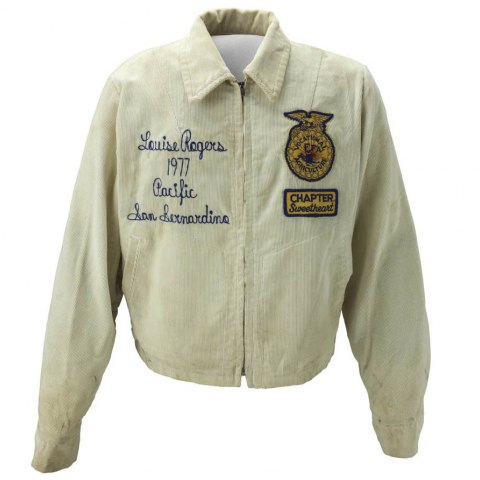