Hunt speaks with Dr. Amanda B. Moniz, David M. Rubenstein Curator of Philanthropy, about co-founding Women Moving Millions, a global network of donors who have given $1 million or more to advancing women and girls globally. Hunt also describes her efforts to catalyze women philanthropists and elevate the stories of notable women givers by literally writing them into history. Meet a Philanthropist: A Conversation with Helen LaKelly Hunt took place at the National Museum of American History on November 14, 2018. 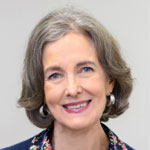 Helen LaKelly Hunt is one of a small army of women who helped to seed the women’s funding movement. She co-founded The Dallas Women’s Foundation, The New York Women’s Foundation, The Women’s Funding Network, and Women Moving Millions. She is the author of Faith and Feminism: A Holy Alliance. Her latest release, And the Spirit Moved Them, The Lost Radical History of America’s First Feminists, shares the inspiring story of the abolitionist feminists. Her private foundation, The Sister Fund, focuses on faith, feminism, and relationship, all three intrinsic to women’s wholeness. Hunt was inducted into the National Women’s Hall of Fame in 2001. In addition, she has co-authored several books with her partner, Harville Hendrix, on Imago Relationship Therapy. They are now working to disseminate Safe Conversations, a form of Imago education, starting with the city of Dallas. This new relational technology can assist feminists who have long asserted the need for a new value system to create a more relational culture. 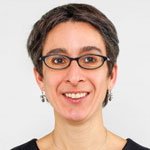 Amanda B. Moniz, PhD, is the David M. Rubenstein Curator of Philanthropy at the Smithsonian’s National Museum of American History. Moniz’s first book, From Empire to Humanity: The American Revolution and the Origins of Humanitarianism, was awarded ARNOVA’S inaugural Peter Dobkin Hall History of Philanthropy Book Prize. She is now working on a biography of Isabella Graham, a transformational philanthropist in the early United States, as well as on a book tentatively entitled Philanthropy’s Usable Past: Ten Stories about Changing the World Today. A focal interest of hers is how wars have shaped American philanthropy, and a major current project of hers is the new War and Latina/o Philanthropy Collecting Initiative.

Meet a Philanthropist: A Conversation with Helen LaKelly Hunt