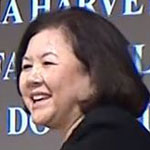 IRENE HIRANO INOUYE was president of the U.S.-Japan Council, which promotes people-to-people relationships to strengthen ties between the United States and Japan. The council also administers the TOMODACHI Initiative, a public-private partnership with the U.S. Embassy in Tokyo and the government of Japan that invests in young Japanese and Americans through leadership development and cross-cultural exchange. She was the former president and founding CEO of the Japanese American National Museum in Los Angeles and had extensive experience in nonprofit administration, community education, and public affairs with culturally diverse communities nationwide. She was chair of the Smithsonian Institution Asian Pacific American Center, a trustee of The Washington Center, and a member of the American Academy of Arts and Sciences. She was a former trustee and chair of the Ford and Kresge foundations and served on the Smithsonian Institution’s National Board and the National Museum of American History’s board. In 2017, the museum's David M. Rubenstein Curator of Philanthropy, Dr. Amanda B. Moniz, conducted an oral history with Inouye about her life and career in philanthropy. Read the transcript. 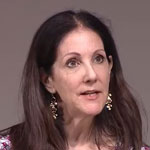 CYNTHIA HARVEY is artistic director of the Jackie Kennedy Onassis School at the American Ballet Theatre. Prior to her teaching career, Harvey danced virtually every ballerina role with American Ballet Theatre and was the first American dancer to be a Royal Ballet principal ballerina. She performed as guest artist with Baryshnikov and Company, Nureyev and Friends, and other international ballet companies before retiring in 1996. She is co-author of the book Physics, Dance, and the Pas de Deux and has staged acclaimed productions such as Don Quixote and The Sleeping Beauty around the world. In addition to the American Ballet Theatre, Harvey has taught at Teatro alla Scala in Milan, The Royal Ballet School in London, the Royal Swedish Ballet, the Zürich Ballet, and other institutions. She is a member of the International Dance Council. 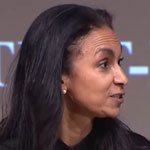 SUSAN FALES-HILL is an award-winning television writer-producer, author, arts advocate, and former trustee of the American Ballet Theatre. She began her career as a writer’s apprentice/warm-up person on The Cosby Show and went on to become the head writer/executive producer of its spin-off, A Different World. With Tim Reid, she co-created Showtime’s first scripted series, Linc’s, a dramedy starring Pam Grier and Georg Stanford Brown. Fales-Hill is the author of two novels, One Flight Up and Imperfect Bliss. Always Wear Joy, her acclaimed memoir about her mother, the late actress/singer/dancer Josephine Premice, was nominated for an Image Award. Fales-Hill’s writings have appeared in Vogue, Architectural Digest, Essence, Ebony, Glamour, and The New York Times. She is a contributor to Town & Country magazine and her TED Talk is available at TEDxMet. 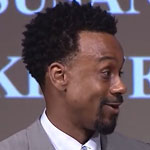 KIRVEN DOUTHIT-BOYD is an American Ballet Theatre-certified Project Plié teacher. He currently resides in Saint Louis, where he is co-artistic director of dance at the Center of Creative Arts, COCA, and honorary faculty at Washington University. Douthit-Boyd began his formal dance training at the Boston Arts Academy in 1998, and joined Boston Youth Moves in 1999. He has trained on scholarship at the Boston Conservatory and The Ailey School. Douthit-Boyd has danced with Battleworks Dance Company and Ailey II, and was a member of the Alvin Ailey American Dance Theater from 2004 to 2015. 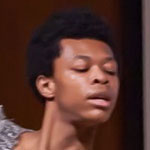 MOROCCO BRITT-EL is a student of the American Ballet Theatre’s Jackie Kennedy Onassis School. He was recruited by Cynthia Harvey, artistic director of the JKO School, in 2017 at the New York City Dance Alliance nationals. Britt-El is 16 years old and is from Atlanta, Georgia. He has trained in dance from the age of three, but started training more seriously just three years ago when he joined DanceMakers of Atlanta. He has studied many styles of dance, including hip-hop, lyrical, modern, contemporary, and ballet. In addition to dance, Britt-El is also an accomplished model; he graced the runways of New York Fashion Week in 2018. 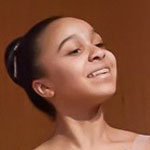 KELLY HICKS is a student at the American Ballet Theatre’s Jackie Kennedy Onassis School, which she joined in September 2017. A 14-year-old Southern California native, Hicks is an ambassador for the non-profit Brown Girls Do Ballet. She began taking dance classes at the age of five. After performing the Great Russian Nutcracker with the Moscow Ballet two years later, she began her classical training. At age 11, Hicks placed Top 12 at the Youth America Grand Prix (YAGP) regionals and advanced to the finals in New York City. In 2017, she placed Top 12 in the Classical Division at the YAGP regional in Los Angeles and was the gold medalist of the classical variation division at California Dance Classics. Also in 2017, she performed in Jessica Lang’s The Gift at American Ballet Theatre’s Fall Gala. 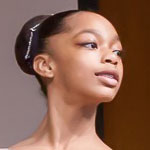 AZRIELLE SMITH is a student at the American Ballet Theatre’s Jackie Kennedy Onassis School. She was born in Livingston, New Jersey, and began her ballet training at the Chinese Ballet School of Livingston. At the age of five, she joined the New Jersey Ballet, dancing under the tutelage of director Carolyn Clark. Two years later, she joined the JKO School Children’s Division. In September 2017, Smith was promoted from the Children’s Division to the Pre-Professional Division. To date, she has performed at The Joyce Theater, the Metropolitan Opera House, and the David H. Koch Theater in ABT’s productions of Cinderella and Le Corsaire.