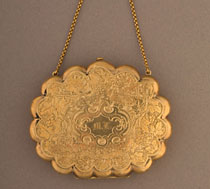 Mary Lincoln’s gold evening purse, 1863. Her name and the year were engraved inside the ring. 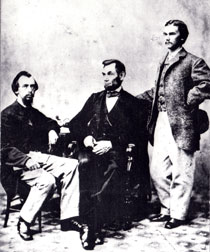 The president’s private secretaries, John Hay (right) and John George Nicolay (left), began to work for Lincoln in Springfield during the presidential campaign. They remained trusted aides and confidants throughout his presidency. Nicolay and Hay moved into the White House with the Lincoln family. Both men became devoted admirers and fondly referred to the president as “the Tycoon.” 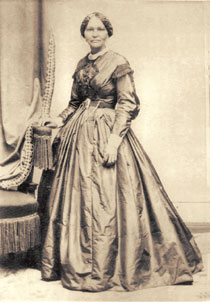 Elizabeth Keckly (often spelled Keckley) was born into slavery in Dinwiddie County, Virginia. An accomplished dressmaker, she earned enough money to buy her freedom and her son’s. In 1861 Keckly was living in Washington, D.C., when she was introduced to Mary Lincoln.

Keckly became Mary’s principal dressmaker, a trusted confidant, and an intimate friend. It was a close, complicated, unequal relationship—the women were drawn together by genuine affection and divided by class and race. 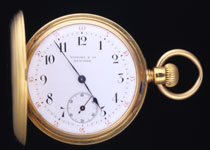 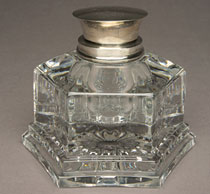 Crystal and silver inkwell inscribed: “This inkstand was used by Abraham Lincoln during his presidency. John Hay.” 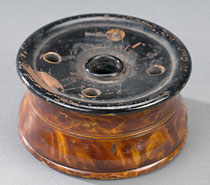 A Keepsake from the Lincolns

Elizabeth Keckly asked Mary Lincoln for keepsakes from the president and received several items, including this inkwell. In 1874 she presented it to Rev. George Van Deurs, her minister at the Fifteenth Street Presbyterian Church in Washington.
‹ - Abraham and Mary up - The Lincoln White House ›