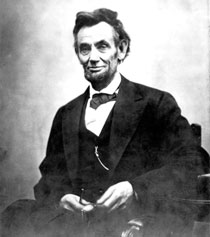 Detail from one of the last known photographic portraits of Lincoln taken by Alexander Gardner, Washington, D.C., 1865. Courtesy of the Library of Congress.

Richmond had fallen. Lee had surrendered. The war was finally coming to an end. It was time to celebrate the victory, unify the American people, and rebuild the nation.

The deep lines etched into Lincoln’s face documented the strain of so many pressures, sleepless nights, and tragedies. His astonishing resolve had sustained him through the conflict, and he now looked to a future beyond the war and the presidency.

On the evening of Good Friday, April 14, Lincoln decided to spend a relaxing evening at the theater.
"During the drive he was so gay, that I said to him, laughingly, 'Dear husband, you almost startled me by your great cheerfulness,' he replied, 'and well I may feel so, Mary, I consider this day, the war, has come to a close'—and then added 'We must both, be more cheerful in the future—between the war and the loss of our darling Willie—we have both, been very miserable.'"
—Mary Lincoln recounting the carriage ride they took the afternoon before attending Ford’s Theatre on April 14th, 1865 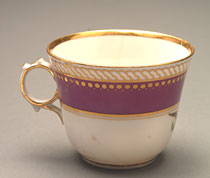 Capt. D. W. Taylor presented this cup to Robert Todd Lincoln in 1887. He explained that a White House servant had seen the president leave the cup behind on a windowsill just before departing for the theater, and had preserved it as a relic of that tragic night.
‹ - Victory up - Booth and Lincoln ›