Abraham Lincoln stretched the powers of the nation’s chief executive further than any previous president. He invoked the commander-in-chief clause of the Constitution to mobilize the Union army, wage war, establish a draft, and limit civil liberties such as free speech and public protest.

As much as Lincoln wished he could personally direct the troops in the field, his main task was to feed the ever-growing military demands for men and supplies. He also needed to maintain political support within the Union, which still included five slave states. 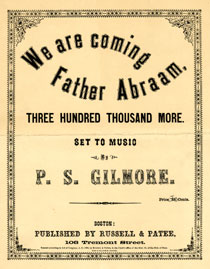 Never before had such massive armies confronted each other with such deadly force. Mobilizing and maintaining these large armies became a central focus for both sides.

"I consider the central idea pervading this struggle is the necessity that is upon us, of proving that popular government is not an absurdity. We must settle this question now, whether in a free government the minority have the right to break up the government whenever they choose. If we fail it will go far to prove the incapability of the people to govern themselves."
—Abraham Lincoln, May 7, 1861 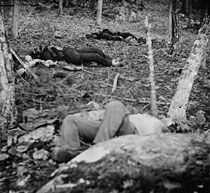 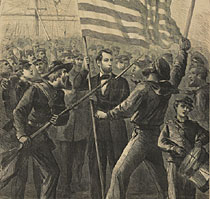 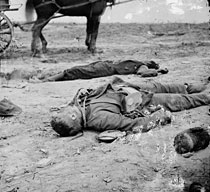