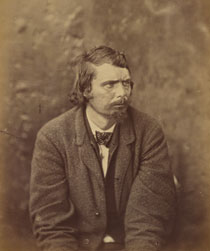 Authorities believed that George Atzerodt was given the task of murdering Vice President Andrew Johnson. Although he never attempted to carry out the attack, papers found in his room linked him to Booth and the larger conspiracy. Atzerodt was found guilty of conspiracy and executed on July 7, 1865. 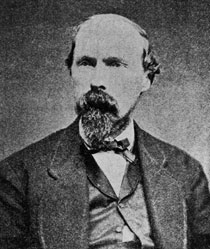 During their escape, Booth and Herold stopped at Dr. Samuel Mudd’s farm in southern Maryland. Mudd treated Booth’s leg and allowed the two men to spend the night. He later denied knowing Booth and claimed he had learned of the assassination only after Booth had left his farm. Evidence at the trial, however, revealed that Mudd had previously met Booth.

Mudd was sentenced to life imprisonment and sent to Fort Jefferson, Florida. In February 1869 President Andrew Johnson pardoned the doctor as a reward for his efforts in treating soldiers and prisoners during a yellow fever epidemic at the fort. 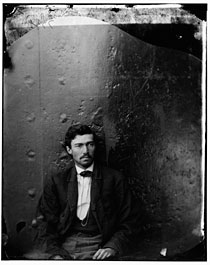 Documents found in Booth’s hotel room revealed that Samuel Arnold had participated in the plot to kidnap Lincoln. A former Confederate soldier and a boyhood friend of Booth’s, Arnold confessed his involvement in the kidnapping plot but denied any role in the assassination. The court found him guilty of conspiracy and sentenced him to life imprisonment. In March 1869 President Andrew Johnson pardoned Arnold and Spangler, the last two imprisoned conspirators. 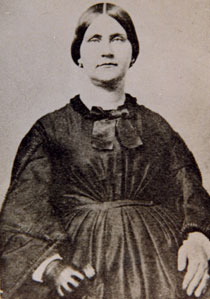 Courtesy of the Surratt House Museum

Mary Surratt ran a Washington boardinghouse and owned a tavern outside of the city. The house was a meeting place for Booth and the other conspirators, including her son, John Surratt Jr., who admitted being involved in an earlier plot to kidnap Lincoln. During the trial it was revealed that Booth had stored weapons and supplies at the Surratt tavern and stopped to collect the guns as he made his escape into Virginia. Convicted as one of the plotters, Mary Surratt was executed on July 7, 1865. 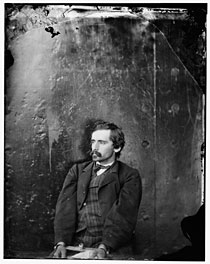 Michael O’Laughlin was a boyhood friend of Booth and a former Confederate soldier. Evidence at the trial linked him only to the Lincoln kidnapping plot. Nonetheless the court found him guilty of conspiracy and sentenced him to life imprisonment. O'Laughlin was sent to Fort Jefferson, Florida with Spangler, Arnold, and Mudd. In 1867 he contracted yellow fever and died. 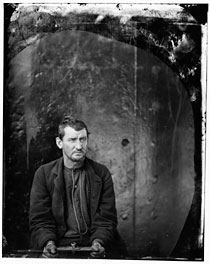 A handyman at Ford’s Theatre, Edman Spangler joined Booth for a drink the afternoon of the assassination. That evening Booth asked Spangler to wait with his horse. Spangler explained he had to leave but made arrangements for another theater employee to stay. He was also accused of calling out as Booth escaped, “Don’t say which way he went.” On this evidence Spangler was found guilty of conspiracy and sentenced to six years in prison. In 1869 President Andrew Johnson granted him a pardon. 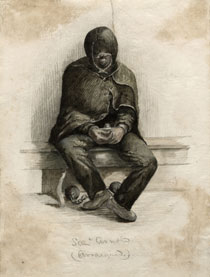 Sketch of Samuel Arnold by General Lew Wallace, one of the judges at the trial. Courtesy of the Indiana Historical Society. 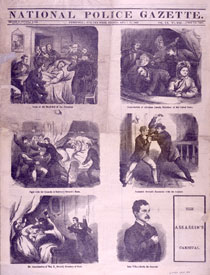