- Old Abe is Ours

Old Abe is Ours 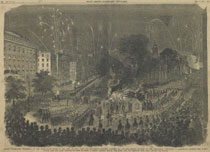 Grand torchlight parade for Abraham Lincoln in New York City, October 3, 1860, published in Frank Leslie’s Illustrated Newspaper,October 13, 1860
Like other candidates of his time, Lincoln stayed home in Springfield, Illinois, while party leaders spoke on his behalf. Political clubs decorated their headquarters with fence rails and organized massive rallies throughout the North. The imagery of “Old Abe the Railsplitter” presented Lincoln as a down-to-earth common man and served as a powerful symbol of free labor and individual enterprise.

The Republican Party platform called for a prohibition of the extension of slavery, defense of the union, and government support of roads, canals, and other internal improvements. 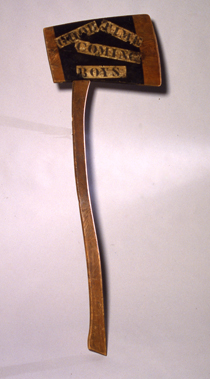 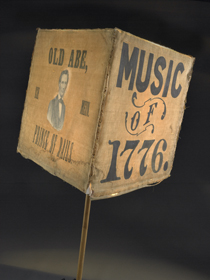 This three-sided transparency was originally illuminated from inside by a small oil lamp and carried in campaign parades. 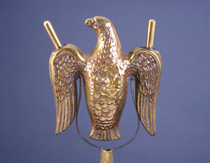 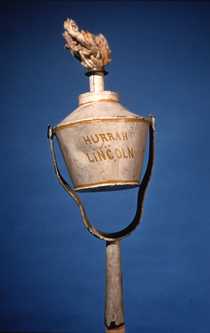 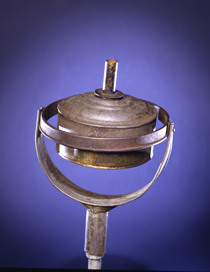 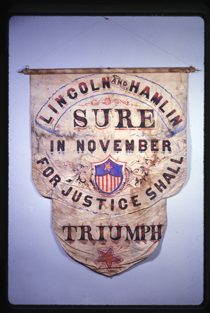 ‹ - Candidate Lincoln up - A Fractured Election ›