Throughout the 1800s the United States incorporated lands on which Indians had lived for centuries. Supporting white gold miners and development of the trans-Pacific railroad in the Pacific Northwest, the U.S. government pressured the Nez Perce people into ceding their lands by exploiting divisions caused by Christianizing efforts.

In 1855 several members of the Nez Perce nation negotiated with the United States and were persuaded to sign a treaty that required them to remain on a reservation. Later a group under Chief Joseph, refusing to sign a treaty that would greatly reduce their lands, fought back. They evaded capture but upon surrender were banished to military camps in Indian territory.

By 1700 more than 4,500 Niimiipu lived in the Northwest plateau region, now the states of Washington, Idaho, and Oregon. In 1805 they saved members of the Lewis and Clark Expedition from starvation, receiving them with hospitality. English, American, and French fur trappers followed, with the French giving the Niimiipu the name of Nez Perce. 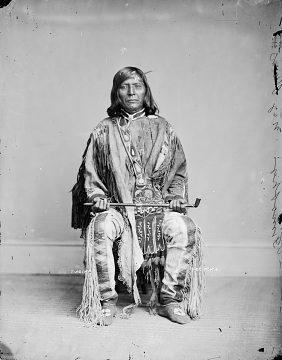 Chief Tamason, who had converted to Christianity, was a delegate to Washington, D.C., for the Nez Perce, around 1880s 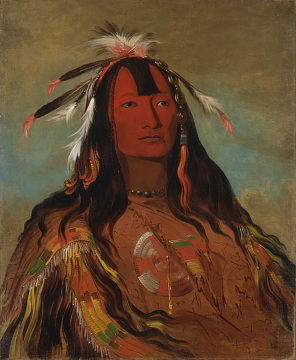 Rabbit Skin Leggings, of the Nez Perce tribe, painted by George Catlin while in St. Louis, around 1831

The Nez Perce and the Horse

Nez Perce culture was distinguished by elaborate and ornamented horse trappings. Introduced by the Spanish in the 1600s, the horse greatly changed their way of life by the 1730s, extending possibilities for trade and transport and enlarging their hunting grounds. The Nez Perce learned the art of selective breeding, developing the spotted Appaloosa. 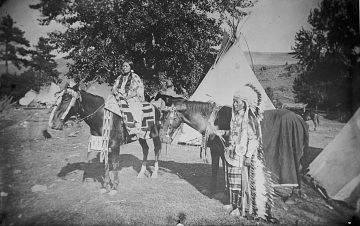 Chief Joseph resisted U.S. efforts to take more land, after an initial treaty had greatly decreased the Nez Perce reservation. His people fought back against the U.S. Army for more than 1,500 miles. Chief Joseph’s struggle to protect his displaced people, including children and elderly tribe members, touched the American public, yet this did not prevent their relocation. 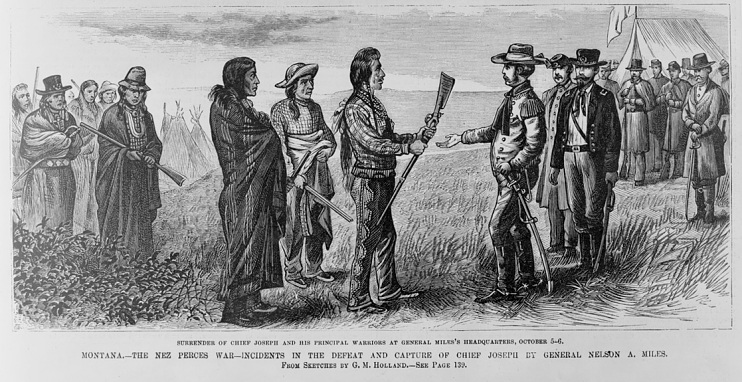 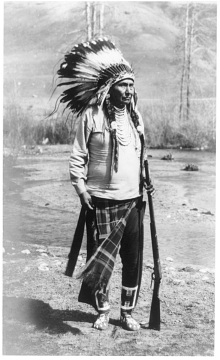 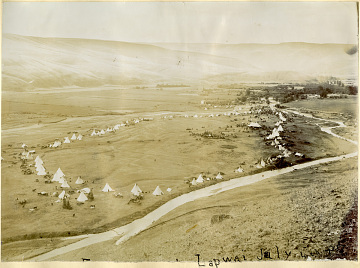 ‹ Gold Rush up Beyond the Continent ›