Religious and Utopian Communities on the Mississippi

Though the United States promised freedoms, those who practiced different religions and ways of life were not always accepted. The Mormons of the Church of Jesus Christ of Latter-day Saints and the European utopian community of Icarians migrated to frontier Illinois, where they hoped to practice their faiths without interference.

A large number of Mormons moved to the small community of Commerce, Illinois (renamed Nauvoo), where critics denounced their theological beliefs and worried about their political influence. Local citizens violently forced the Mormons out of Illinois in 1846. The Icarians soon moved to Nauvoo. They negotiated with the local community, creating ties through trade and social activities.

In 1839 Mormons left Missouri under duress, purchasing affordable land on the Mississippi River. In Nauvoo, they expected to find refuge from religious persecution. Joseph Smith, the Mormon founder, conceived of a large temple that was built to serve as the center of his community’s ritual life. 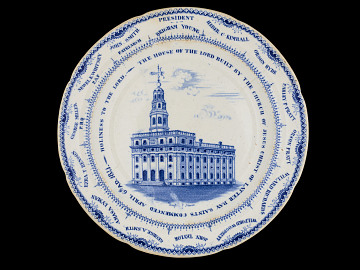 Plate, view of Mormon Temple in Nauvoo, around 1840 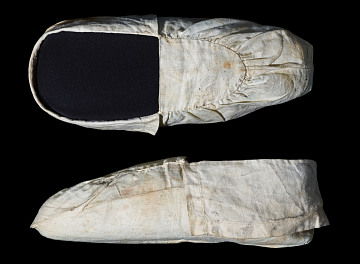 Slippers used in Mormon temple, around 1890

Mormons Driven Out of Nauvoo

Joseph Smith never saw the completion of the temple. In 1844 a mob of angry townspeople in nearby Carthage killed Smith and his brother Hyrum as they were in prison awaiting trial on charges of inciting a riot. With their lives threatened, the Mormons dedicated their temple in 1846 and fled west. Later, arsonists burned much of the structure. 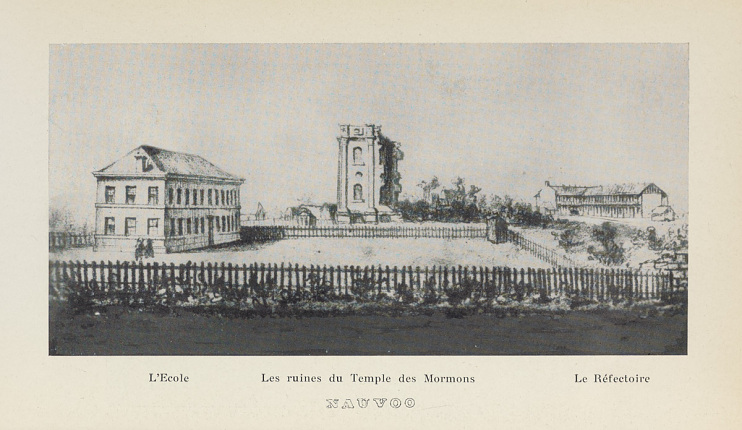 Mormon temple in ruins, around 1850

The Icarian Community of Nauvoo

Recognizing an opportunity to acquire buildings abandoned by the Mormons, the French communal society of Icarians left Texas and migrated up the Mississippi River. In 1849–1850 with their French founder, Étienne Cabet, they rebuilt Nauvoo. A number of Icarians broke with the founder and the Nauvoo community dissolved in 1856. 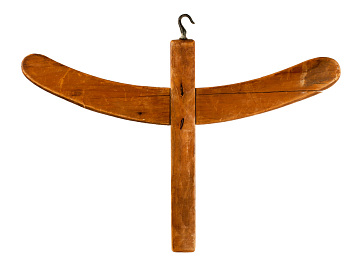 Coat hanger made by Icarians, used by Icarian women, around 1850 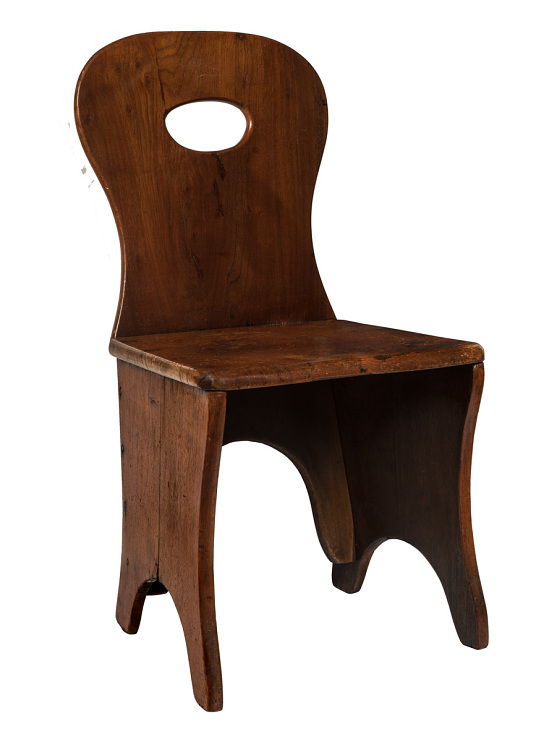 Dining chair made by Icarians, used in the Icarian dining hall, around 1850

Icarian beliefs evolved from Étienne Cabet’s novel Travels in Icaria, and works by French and British philosophers. The nearly five hundred members shared property and dressed alike. Many in the community were artisans who emigrated from France. Others came from Germany, Switzerland, Italy, and Spain; several were Americans. 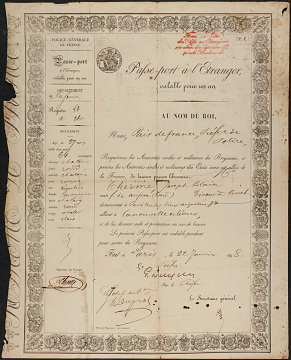 When Étienne Cabet became an American citizen, he requested all Icarians do the same. By 1855, fifty-seven had become citizens. They welcomed non-Icarians to Fourth of July celebrations, where they read the Declaration of Independence and proclaimed allegiance to the United States. 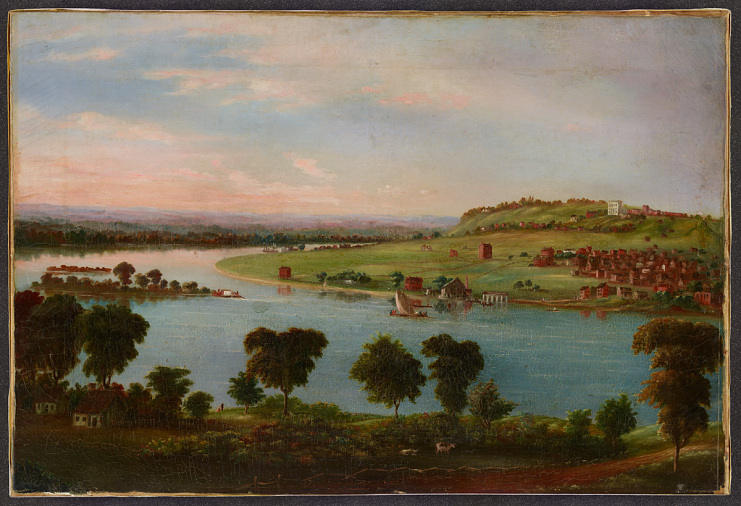 Nauvoo as remembered in an Icarian painting, by Emile Vallet, around 1890 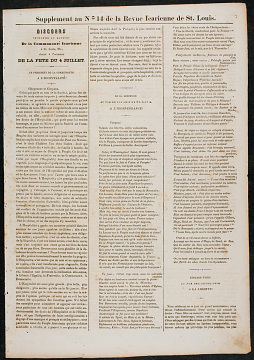 Reproduction of newspaper notice of an Icarian Fourth of July celebration, 1850s 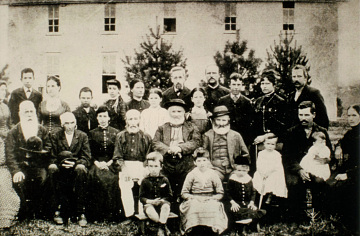