Freedom of religion is an ideal that has contributed to remarkable religious and cultural diversity in the United States. Especially in recent decades, additional global religious groups have found the opportunity to worship freely here. Although religious beliefs sometimes divide people along ethnic or cultural lines, they can also bring diverse peoples together in shared faith and values. Faith-based groups often help integrate migrants into established communities, provide support in navigating life in America, and teach shared values and ideals that encourage broader civic involvement.

Since the 1940s, the United States and the international community have provided more direct assistance to refugees, especially those fleeing countries with American involvement in an internal or international conflict. Often volunteer and religious organizations help to facilitate the migration and resettlement of children, families, and refugees who flee genocide, persecution, and political pressures. 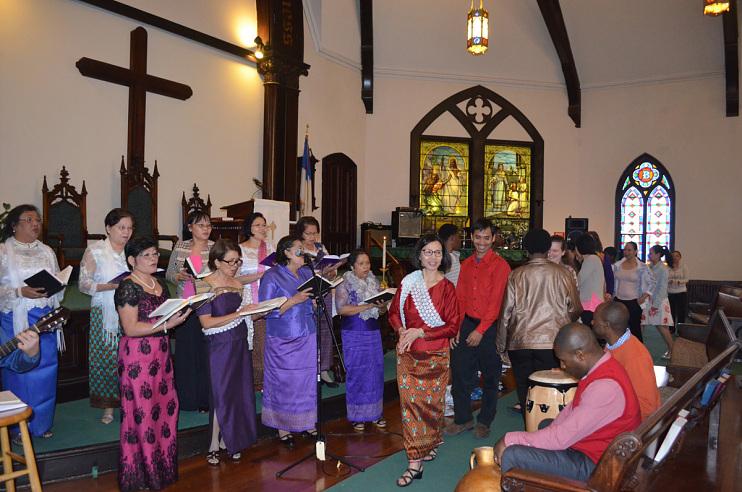 Between 1960 and 1962, over fourteen thousand children traveled from Cuba to the United States. After the Cuban Revolution, Cuban parents feared for their children’s futures under communism. They entrusted the Catholic Church, aid societies, and the U.S. State Department to connect their children with awaiting relatives and friends. These groups also cared for children until the families could be reunited. 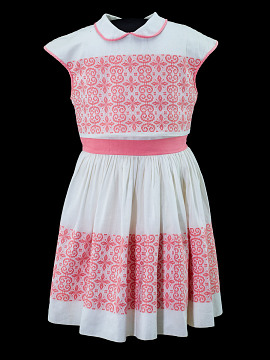 Dress brought from Cuba by Margarita Prats, around 1961 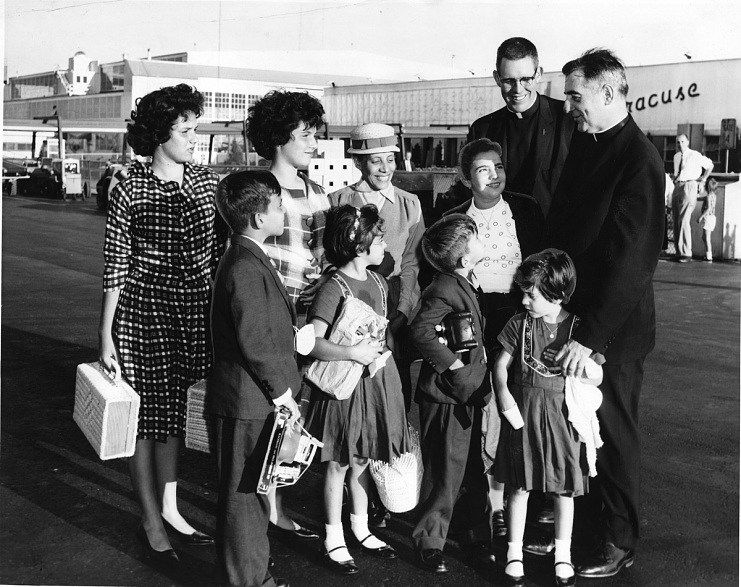 Courtesy of The Post-Standard and Onondaga Historical Association, Syracuse, NY 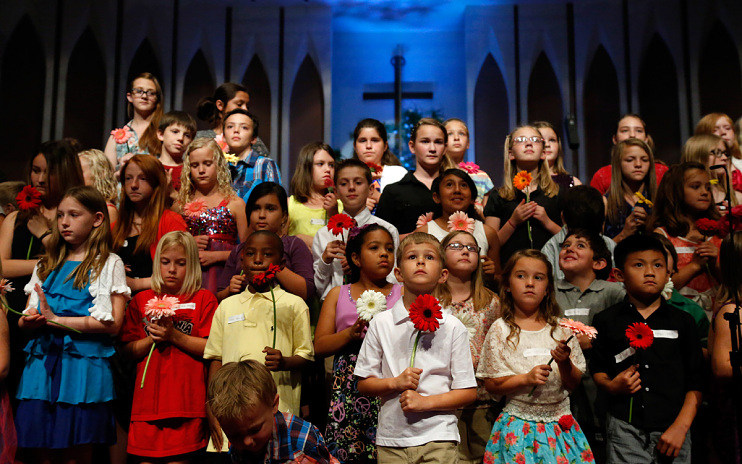 Handheld church fans were often decorated and used in southern Pentecostal and Baptist churches. The image of Martin Luther King Jr. and the Kennedy brothers points to the connection between the role of the church and the fight for civil rights. 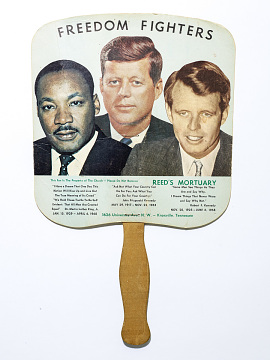 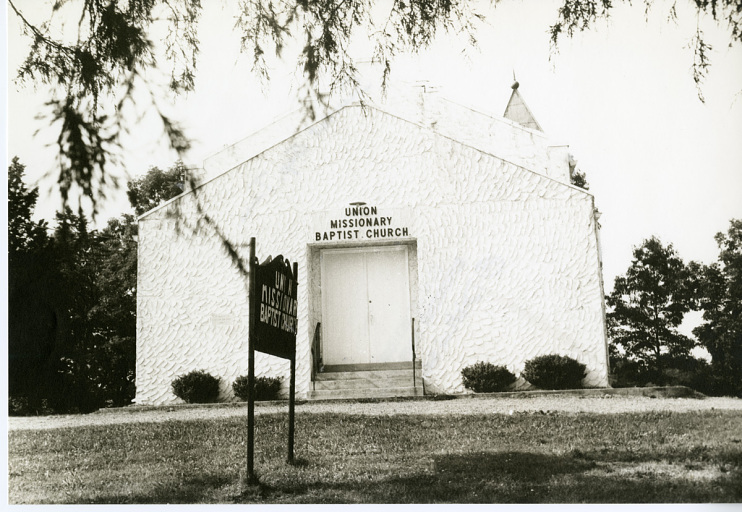 The Hindu Temple Society of North America, founded in 1970, was among the first and most prominent Hindu temples in the New York City area. This prototype of the temple’s religious symbol, once carved into the building, represents religious diversity through five of the world’s major faiths illuminated by the lamp of knowledge and acceptance. 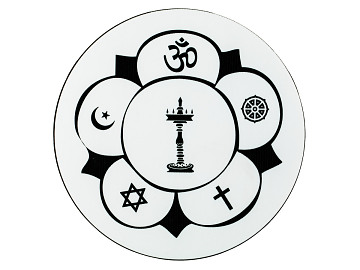 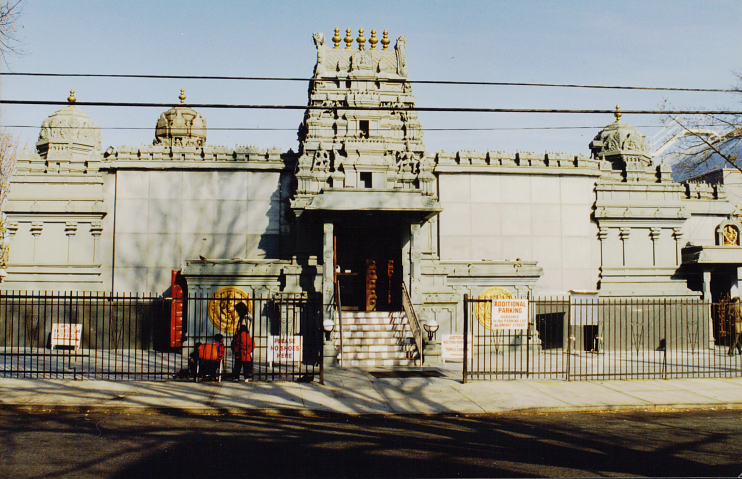 A diverse group of practicing Muslims from around the world created the Muslim Community Center in Maryland in 1976. They came together to practice their religion, and to help each other with child care, medical services, and language education. By 2015 they started a school and a free health clinic that serves not just Muslims, but the entire community. 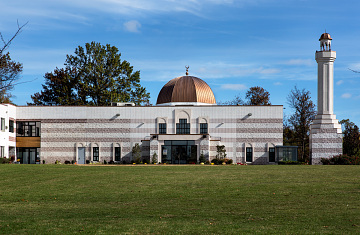 Built over many years, Washington National Cathedral is a place where all religious groups can unite in faith and community. While it is an Episcopalian house of worship, an ecumenical spirit prevails as evidenced in their service to the wider community. 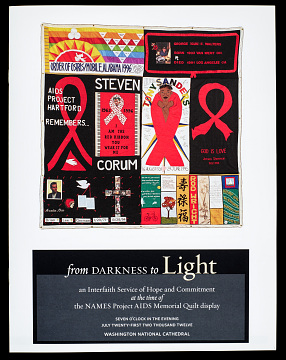 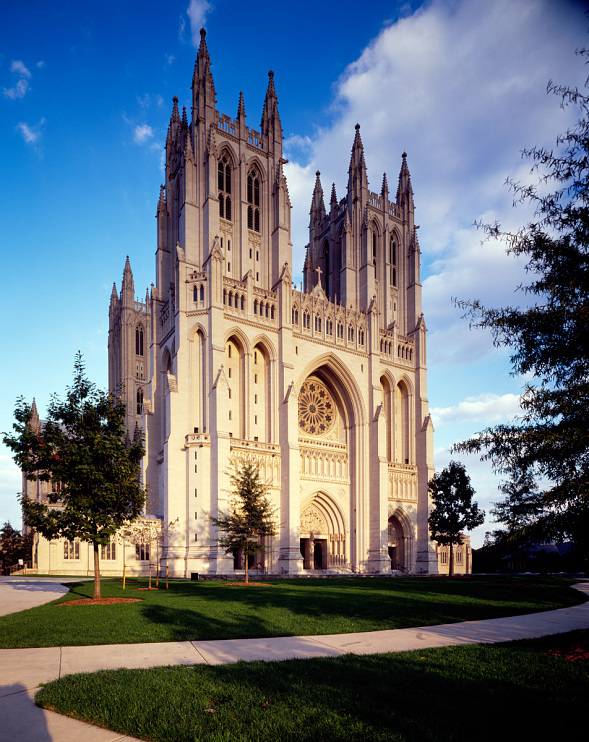