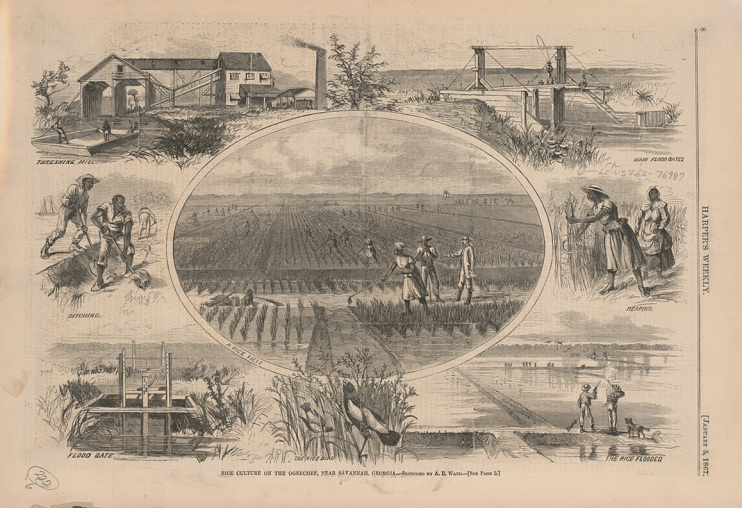 Detail of “Rice Cultivation on the Ogeechee River,” Harper’s Weekly, 1867

In the late 1600s the British established a plantation system in South Carolina like the one in the West Indies, dedicated to production of a single cash crop for export. The colony’s rice plantations offered substantial profits to a few but depended on the forced labor of many.

Enslaved Indians were part of the early workforce, but the British soon turned to importing unfree African workers. By the early 1700s South Carolina had an African majority and a European minority. West Africans brought their own knowledge and beliefs and created a new language and culture in America.

At first British authorities recognized the sovereignty of Native nations, as seen in written agreements that conveyed land. Local chiefs and leading women of the Cusabo tribe signed this conveyance in 1675. Later, British intrusions into interior lands and the practice of taking Indian slaves led to the Yamasee War of 1715–1717. 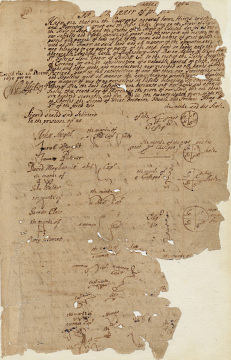 Courtesy of South Carolina Department of Archives and History

Much of the South Carolina low country was too swampy for traditional English agriculture. To find a staple crop that would make the colony a secure contributor to the British Empire, settlers needed to adapt to their new environment. In the 1690s the colony successfully adopted rice production. Rice cultivation was a multicultural invention. It combined West African rice-growing knowledge with British practices of agricultural experimentation. The labor of enslaved Africans guaranteed Carolina’s economic success. 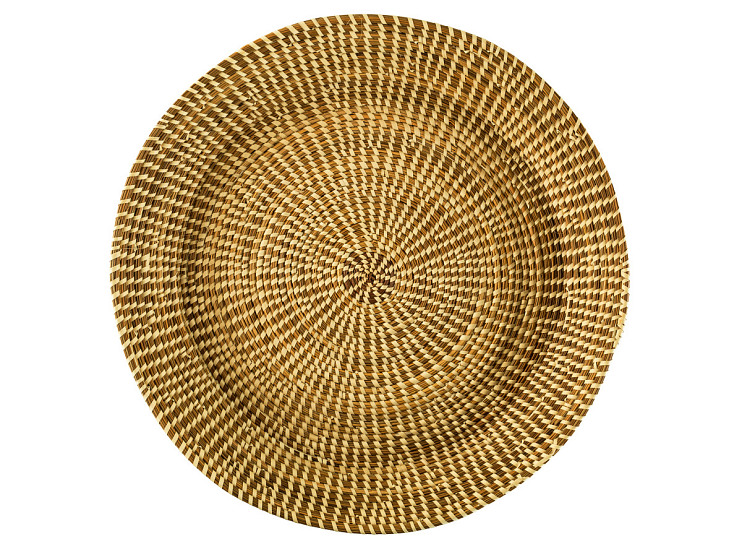 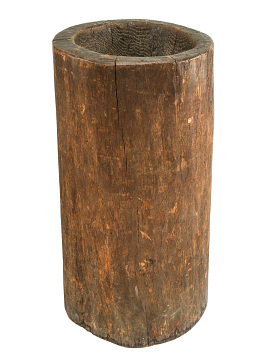 Implements of rice production in the Carolinas included a mortar and pestle for milling to remove the husk from the grain and a fanner basket for winnowing the husks and chaff away. As in West African rice-growing regions, most processing was women’s work. 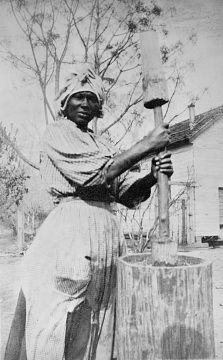 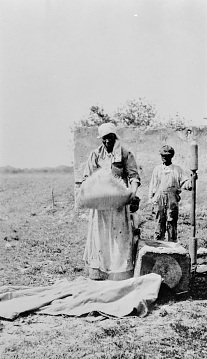 Profits from rice culture, the slave trade, and commerce with Europe created a class of successful English, Scots, and French Huguenots, many transplanted from the West Indies. Pictured here is Mrs. Charles Lowndes, wife of a plantation owner in Colleton County, South Carolina. 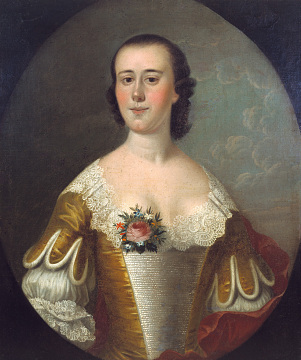 Portrait of Mrs. Charles Lowndes, by Jeremiah Theus, around 1758

Enslaved people from rice-growing regions of West Africa were valued workers, as this advertisement reflected. Importation gave Carolina a black majority by 1710. 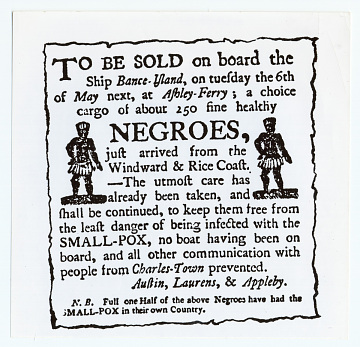 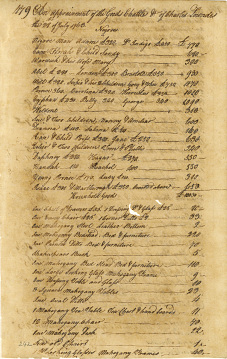 Courtesy of the South Carolina Department of Archives and History

Many enslaved Africans sought to liberate themselves from the harsh conditions of slave life. In 1738 escapees from Carolina and Georgia plantations established a free community at Fort Mose, near St. Augustine in Spanish Florida. Spanish authorities offered freedom for those who pledged loyalty to Spain and joined the Catholic Church. 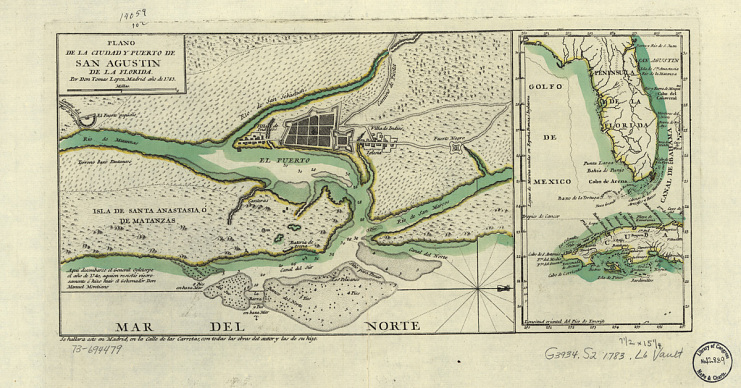