It was an age of empires. The great European powers competed for wealth, territory, and global influence. That competition brought hundreds of thousands of Europeans and Africans to the North American continent, where Native peoples had lived for millennia.

Native peoples had their own histories on the continent. This hat, made in the Pacific Northwest, depicts a water spirit in the form of many eagles. It embodies the history of Lutugts’amti, a founder of the eagle clan of the Tsimshian nation. 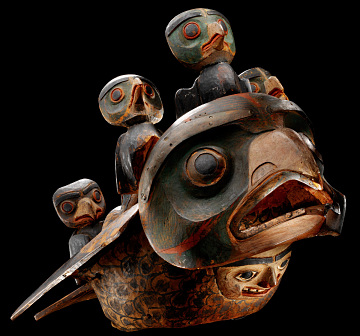 What happened next was a profound unsettling of long-established societies. The continent’s population actually declined in this period, as Old World diseases swept through Native populations that lacked immunity. Beyond that profound tragedy there would be new conflicts, new forms of freedom, new forms of slavery, and new ways of living together.

Iron helmets such as this one developed during centuries of warfare among competing European monarchs. Service to those monarchs, Christian religious fervor, and the quest for personal wealth lay behind early European efforts at conquest in the Americas. 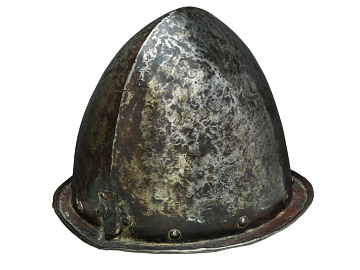 Our world today grows out of that unsettling history.

West African cultures prized cowrie shells from the Indian Ocean as items of status and value. They became an accepted form of currency in the African slave trade. An estimated 344,000 people would be captured and transported directly to mainland North America in that trade by 1776. 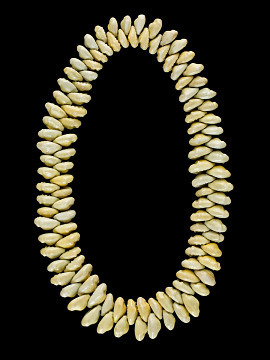 Native Peoples, Europeans, and Africans met on the North American continent. Contact brought economic and cultural exchange, but also wars and epidemic diseases that devastated many Native societies. Colonization brought growing numbers of Europeans and enslaved Africans. This short, impressionistic animation depicts the movement of different peoples into and within the continent between 1492 and 1750.

‹ Many Voices, One Nation up Spanish New Mexico ›