Beginning in 1958 with funds from the National Science Foundation, the Biological Sciences Curriculum Study (BSCS) developed three new high school curricula for that science. One (the green version) took an ecological approach, one (the blue version) emphasized the molecular basis of biological activity, and the third (the yellow version) focused on traditional systematic biology. All three approaches used apparatus like that found in research laboratories, but in a less expensive form. Teachers, some of whom had developed classroom material at their own schools, received training in the new curricula and continued to shape biology education. 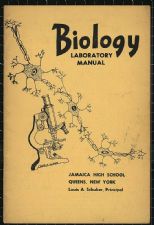 Classroom teachers also prepared new materials. This mimeographed manual was used by Teresa Fusco Nugent, a teacher at the Mary Louis Academy in Jamaica, New York. Two years later, she prepared a "Molecules to Man" curriculum for her students. 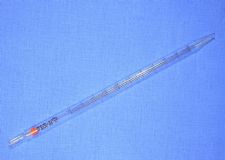 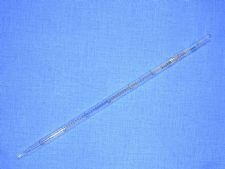 Nineteenth-century Germans such as the pharmacist Karl Friedrich Mohr did much to develop more precise ways to carry out chemical experiments. Mohr developed calibrated pipettes like these for adding specific amounts of one liquid to another. The use of chemical techniques was of growing importance to biology from the mid-twentieth century. 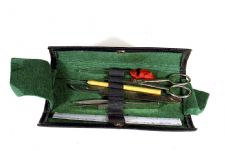 Biology students in both high school and college had long learned to dissect a wide variety of plants and animals. Small kits similar to this one were provided for each student in a laboratory.

The three textbooks developed by the BSCS differed in emphasis, but all sought to bring American students an up-to-date view of biology. They presented such common themes as the explanatory power of the Darwinian theory of evolution, the progress of human knowledge, and the importance of inquiry to both classroom learning and scientific research. All three textbooks were tested with relatively few students, revised, and first issued as hardback books in 1963. They were subsequently revised to keep up with current science. In addition to textbooks, the project developed a teacher's handbook, short films, and blocks of laboratory experiments devoted to single topics.
The National Defense Education Act provided funds to high schools that wished to purchase these instruments for biology and chemistry laboratories. Pipettes were designed with capacities that ranged from 1 milliliter to 200 milliliters. They were color-coded and were calibrated under regulations of the U.S. National Bureau of Standards.
‹ Chemistry up Conclusion ›