After the United States entered the war and instituted the draft, the military needed to evaluate, train, and maintain over four million men. Medical staff used scientific techniques to test and analyze the fitness of America’s draft-age population. The resulting data enabled the first large-scale study of the health of the American people and provided evidence for theories regarding racial, ethnic, and regional difference. In the process, Americans encountered new ideas about health standards, and about disease prevalence and prevention. 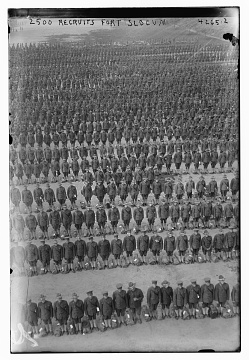