All warring nations faced the challenge of providing rapid treatment in the field. Initial care focused on stopping bleeding, preventing infection, treating pain and shock, providing warmth and nourishment, and immobilizing fractures for safe transport to the next level of care. Medical supplies had to be easy to apply and transport. Tracking wounded soldiers was equally important—the medical record-keeping began with diagnosis tags attached to soldiers at the time of initial treatment. 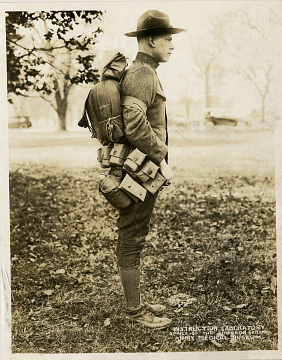 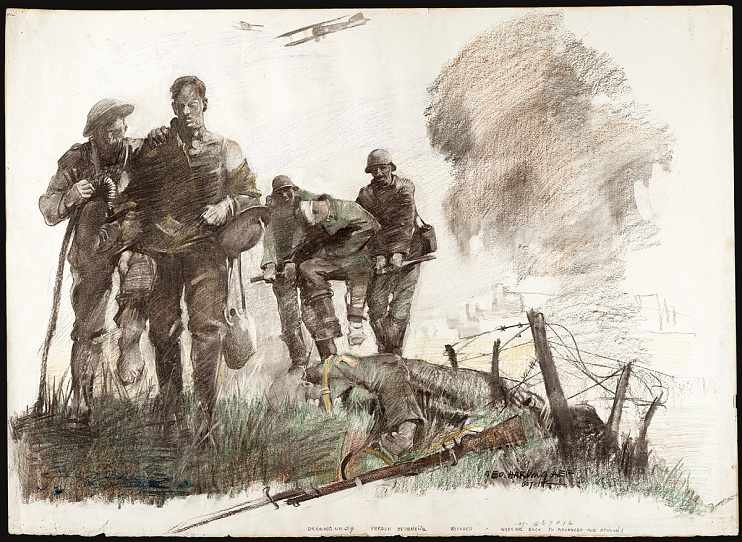 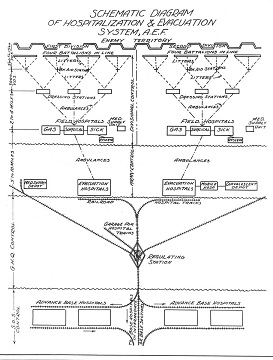 Diagram of the system for evacuation of wounded soldiers from battlefront to base hospital, 1925
From The Medical Department of the United States Army in the World War, Field Operations 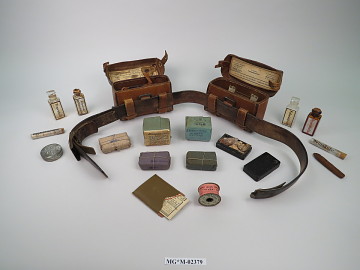 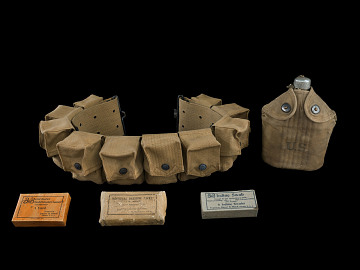 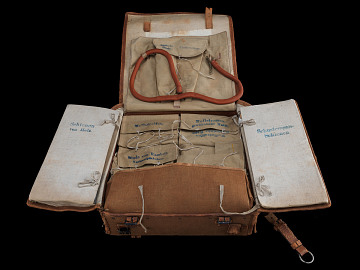 Medical backpack, Turkish Army, 1914–1918
The Turkish Army used the Red Crescent symbol to signify medical services on the battlefield. The Ottoman Empire introduced the symbol in the 1870s as a Muslim alternate to the Red Cross symbol.
Gift of the Government of Turkey 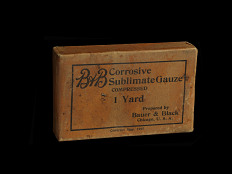 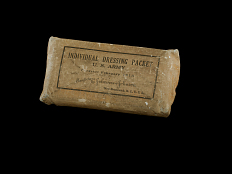 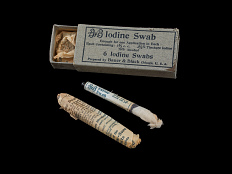 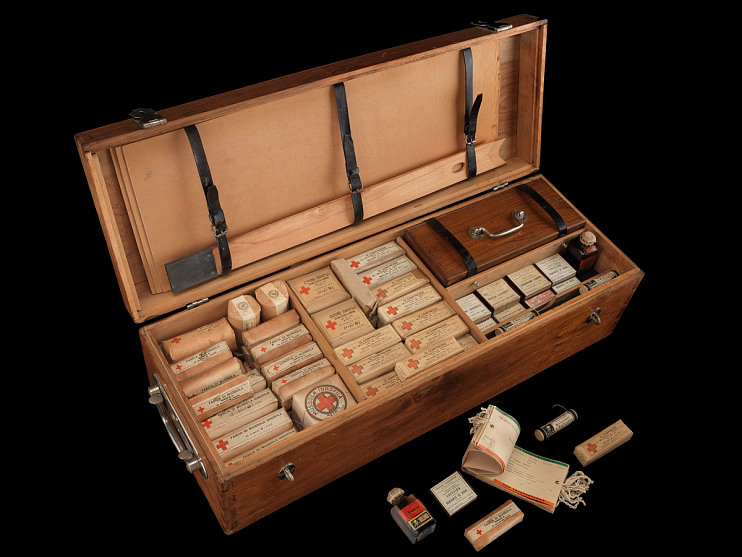 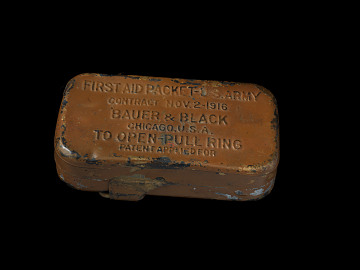 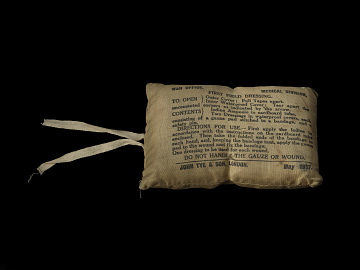 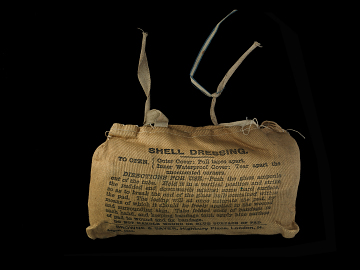 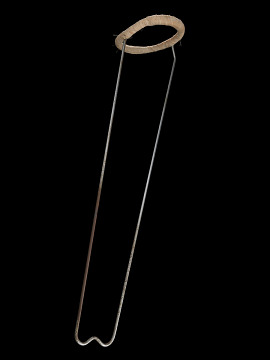 Introduced by a British orthopedic surgeon, the Thomas splint immobilized fractures of the femur (upper leg) and greatly reduced fatalities from shock and hemorrhage.
Gift of William P. Evans

Diagram showing method of applying the Thomas splint in the field, 1919
From The Early Treatment of War Wounds 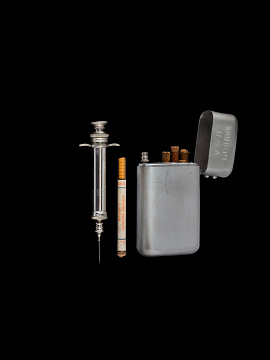 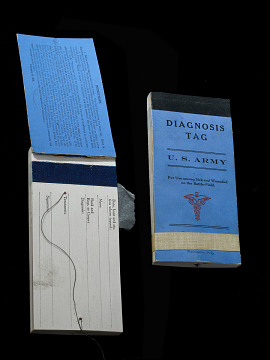 Diagnosis tags, U.S. Medical Department, 1916–1918
Medical staff recorded initial diagnoses and treatments on tags attached to a soldier’s jacket. The dark blue border, when left attached to the tag, indicated that the patient was unable to walk. 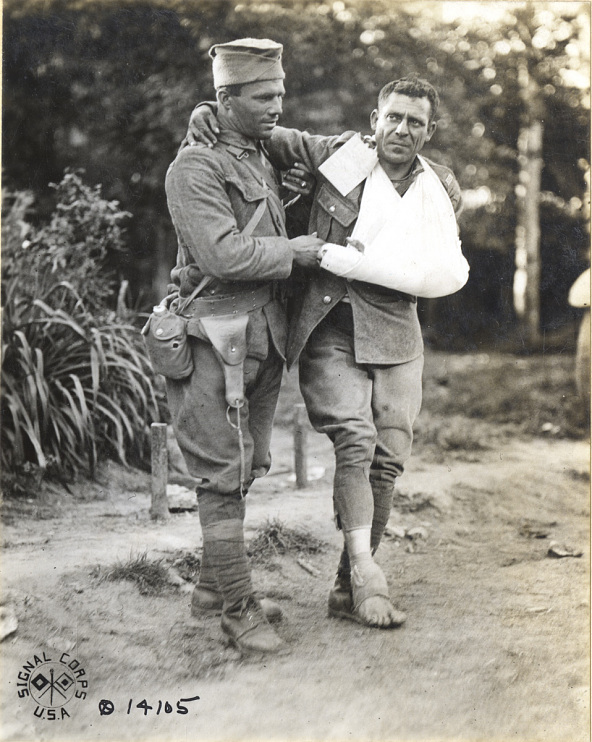 ‹ Managing the Wounded up Controlling Infection ›