Women in the War

The need for trained medical personnel created new opportunities for women in the military.  Women enlisted as nurses, dieticians, and physical and occupational therapy aides. The military hired women doctors on a contract basis only. Despite their professional training, women were denied military rank and veterans’ benefits. Nevertheless, women were eager to serve their country, and many welcomed the chance for travel and adventure. Congress did not grant all female medical veterans of World War I full veteran status until 1977.

Military medical personnel wore uniforms specific to their work. Women’s uniforms, newly designed for the war, echoed many traditional components of male military uniforms—caps, capes, jackets, insignia. Women typically had both an on-duty (“indoor”) and off-duty (“outdoor”) uniform, garnering them respect as military personnel, even without the benefit of defined rank. For many women, uniforms were a source of pride, representing their patriotism and willingness to serve. 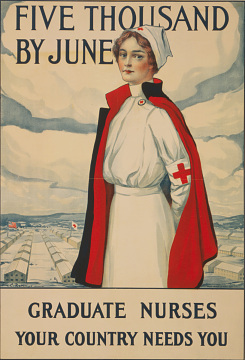 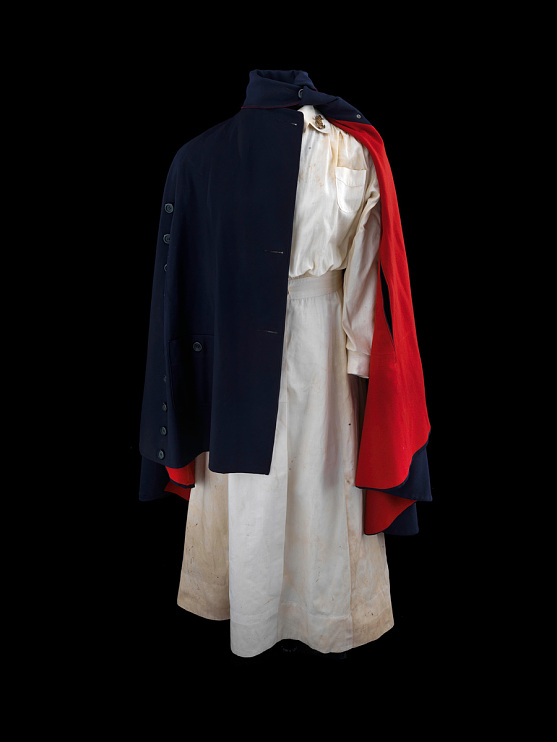 Navy Nurse Corps indoor uniform, about 1917
Sara Cox wore this uniform as one of twenty nurses admitted to the Navy Nurse Corps in 1908. Known as the Sacred Twenty, they were the first women to join the U.S. Navy. Cox served at the Naval Hospital in Washington, D.C., during the war. Born in Canada, she became an American citizen in 1920 through an act of Congress that expedited naturalization for aliens who served in the U.S. military during World War I.

Both U.S. Army and Navy nurses wore the scarlet-lined blue cape, adapted from use by Red Cross nurses. It became a symbol of American nursing at home and abroad.
Gift of The National Society of the Colonial Dames of America 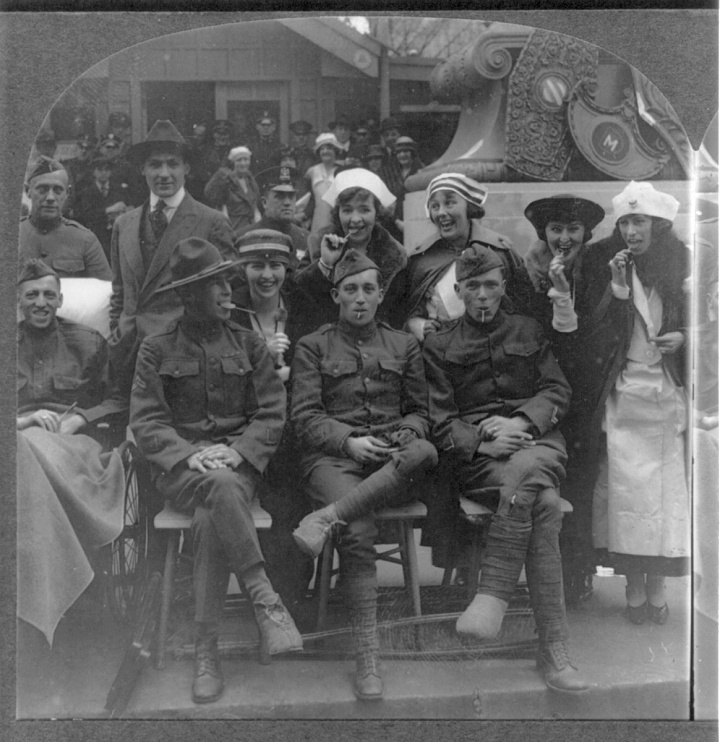 ‹ Technology and Specialization up Managing the Wounded ›