This year's annual summit will examine issues of gender, bias, and equity. History will be our guide as we unpack this question and envision our own answers to it. To help students prepare for the main question, four case studies are provided to prompt students to think about gender–how it is constructed and how it has impacted communities and individuals in different times and places throughout U.S. history.

To help you plan discussions surrounding this year's theme and central questions as well as answer any questions you may have about the event, office hours will be available to participating teachers and regional summits. To access more information about the office hours, please register at the link above.

How is gender equity shaped by race, ethnicity, and class?

How can gendered expectations shape what we think we can do for fun?

How can sharing culture create welcoming and equitable spaces for people across the gender spectrum?

What strategies can we use to identify gender inequities and disrupt gender bias? 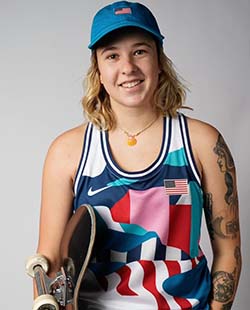 Jordyn Barratt is a regular-footed American skateboarder and surfer. Barratt lives and works in Encinitas, California. 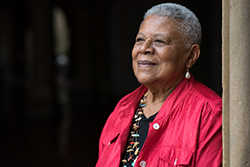 Minnijean Brown-Trickey has lifelong experience and commitment to peacemaking; environmental issues; developing youth leadership; diversity education and training; cross-cultural communication; gender and social justice advocacy. Minnijean Brown-Trickey is one of the nine African American students who collectively resisted opposition to the desegregation to enter Little Rock Central High School in 1957, with protection from federal troops. In 2016, Minnijean donated more than 20 personal objects to the Smithsonian’s National Museum of American History. The collection includes a Little Rock Central High School yearbook, a graduation dress, a personal letter from President Dwight D. Eisenhower, a notice of suspension and photographs. She is a proud mother and grandmother who still travels globally spreading a message of antiracism, nonviolence, peace and reconciliation. 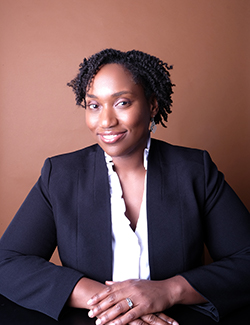 Dr. Marcia Chatelain is the author of South Side Girls: Growing up in the Great Migration (Duke University Press, 2015) she teaches about women’s and girls’ history, as well as black capitalism. Her latest book, Franchise: The Golden Arches in Black America (Liveright Publishing Co./W.W. Norton, 2020) examines the intricate relationship among African American politicians, civil rights organizations, communities, and the fast food industry. In 2021, Chatelain received the Pulitzer Prize in History, the Hagley Prize in Business History, and the Organization of American Historians (OAH) Lawrence W. Levine Award for Franchise. An active public speaker and educational consultant, Chatelain has received awards and honors from the Ford Foundation, the American Association of University Women, and the German Marshall Fund of the United States. At Georgetown, she has won several teaching awards. In 2016, the Chronicle of Higher Education named her a Top Influencer in academia in recognition of her social media campaign #FergusonSyllabus, which implored educators to facilitate discussions about the crisis in Ferguson, Missouri in 2014. She has held an Eric and Wendy Schmidt Fellowship at New America, a National Endowment for the Humanities Faculty Fellowship, and an Andrew Carnegie Fellowship. 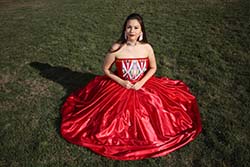 Isabella Aiukli Cornell is a citizen of the Choctaw Nation in Oklahoma. She has been actively involved in various social justice issues related to Native Americans, including the Missing and Murdered Indigenous Women's Movement. Currently, she is working with a local group to start a Native charter school in Oklahoma. In addition to her activism, Bella is also a Choctaw model and has appeared in Teen Vogue. 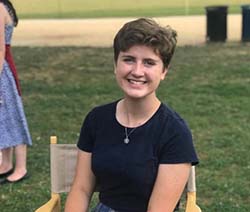 Cait Gardiner is passionate about uplifting the voices of marginalized communities. This passion has led them to pursue degrees in political science, contribute to research in civic engagement, and serve in local leadership positions. Cait obtained their bachelor’s degree in political science from Emmanuel College at the age of 19 and is currently a first-year PhD student at the University of Maryland College Park. They have presented original research in political philosophy at the first annual Collegiate Association for Inequality Research Conference, attended local political meetings to provide information on data-driven strategies to engage more young voters. 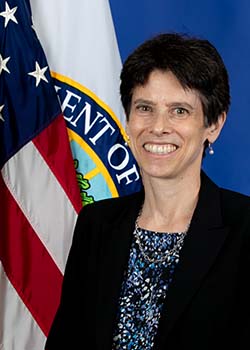 Suzanne Goldberg has served as Acting Assistant Secretary for Civil Rights and Deputy Assistant Secretary for Strategic Operations and Outreach since day one of the Biden-Harris Administration. She brings extensive experience in civil rights leadership, with expertise in gender and sexuality law, and many years as a University administrator and faculty member. Before joining the U.S. Department of Education, Goldberg was the inaugural Executive Vice President for University Life at Columbia University. Goldberg is on a public service leave from her role as the Herbert and Doris Wechsler Clinical Professor of Law at Columbia Law School. She founded the Law School’s Sexuality and Gender Law Clinic, the first of its kind in the nation, and was co-founder and co-director of the Law School’s Center for Gender and Sexuality Law. Goldberg holds a law degree with honors from Harvard University and a bachelor’s degree with honors from Brown University. 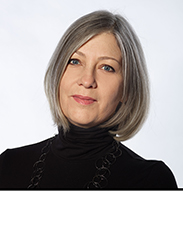 Anthea M. Hartig, Ph.D. is the Elizabeth MacMillan Director of the Smithsonian’s National Museum of American History. She is the first woman to hold the position since the museum opened in 1964. Hartig oversees more than 250 employees, a budget of over $40 million and a collection that includes 1.8 million objects and more than three shelf-miles of archives. Hartig has led the museum in crafting a vibrant new strategic plan to take the museum through to the Semiquincentennial of the United States in 2026 and beyond. It will show the museum as the most accessible, inclusive, relevant and sustainable American history museum. Through incomparable collections, rigorous research and dynamic public outreach, the National Museum of American History seeks to empower people to create a just and compassionate future by exploring, preserving and sharing the complexity of our past. 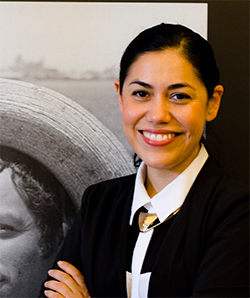 Mireya Loza is an award-winning historian and curator whose areas of research include American History, Labor History and Food Studies. She was on the team that created the exhibition, Girlhood (It’s Complicated), which explores the history of girls in America and opened at the National Museum of American History in 2020. In addition to curating, she is an Associate Professor at Georgetown University. 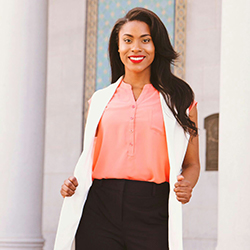 Denea (pronounced Denae) Joseph is an undocumented Black DACA recipient and national immigrant rights activist who advocates for the representation of Undocumented and Black immigrants within the mainstream immigrant narrative. She immigrated to the United States at the age of seven from Belize, Central America. Denea is a regularly sought-after media commentator on immigration issues and has been vocal about her undocumented and Black experience. Denea currently serves as the Host of the Undocumented Black Girl Podcast, Board Member for the Center for Law and Social Policy (CLASP), and Founder of the Black Immigrants Got Talent Fund. 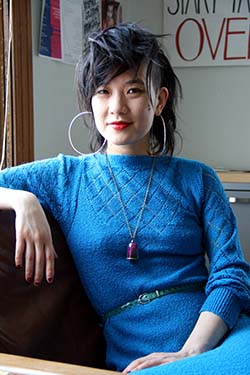 Mimi Thi Nguyen is Associate Professor and Chair of Gender and Women’s Studies at the University of Illinois, Urbana-Champaign. Her first book is The Gift of Freedom: War, Debt, and Other Refugee Passages (Duke University Press, 2012). Her following project is called The Promise of Beauty. She has also published in Signs, Camera Obscura, Women & Performance, positions: asia critique, Radical History Review, and ArtForum, among others. Nguyen has made zines since 1991, including Slander and the compilation zine Race Riot. She is a former Punk Planet columnist and Maximumrocknroll volunteer. In June 2013, Sarah McCarry’s Guillotine (“a series of erratically published chapbooks focused on revolutionary non-fiction”) released PUNK, a conversation between Nguyen and Golnar Nikpour. 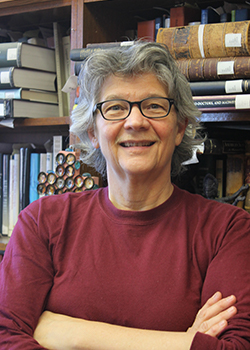 Katherine Ott has been a curator at the National Museum of American History for 20+years, spending time thinking, talking, and writing about how and why people in the past were tagged for being different—because of disease, gender, disability, sexuality, race, or just being annoying. She is building the LGBTQ+ collections at the museum. Katherine responds to all pronouns and is energetically honing her queer superpower. 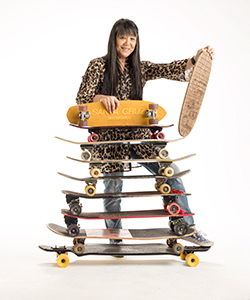 Judi Oyama began skating as a teen and was sponsored by Santa Cruz Skateboards in the mid-seventies. She skated both vert and street but her passion was slalom and downhill racing where she was one of the few women that raced against the men. At the age of 43 she won the 2003 Slalom World Championships and in 2013 was ranked second in the US and first in the masters division overall. In 2015, Judi became the first woman to win the N-Men Icon Award given to Northern California skaters who have made an impact on the sport. Judi is also the Vice President of Board Rescue which provides skateboards and safety equipment to organizations that work with underprivileged and/or at-risk kids. 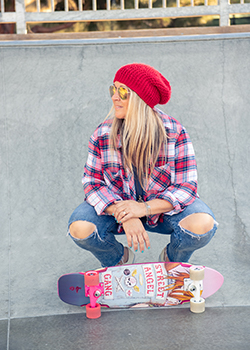 Cindy Whitehead began skateboarding at age 15 and had turned pro by the time she was 17, something girls were not doing in the mid-1970s. She became one of the only girls skating both pool and half pipe and is the only girl ever to be featured in a two page article with a centerfold in a skateboarding magazine. Whitehead retired from skateboarding at 22 but still skates and has remained in the sports arena as a sport stylist, a job title she also created. Whitehead is especially supportive of young female skaters through her “Girl Is Not A 4 Letter Word” skate team and her products which are geared towards women and girls. Whitehead’s signature phrase printed in gold on many of the “Girl Is Not A 4 Letter Word” products personifies her independent spirit, "Live life balls to the wall. Do epic sh*t. Take every dare that comes your way. You can sleep when you’re dead." 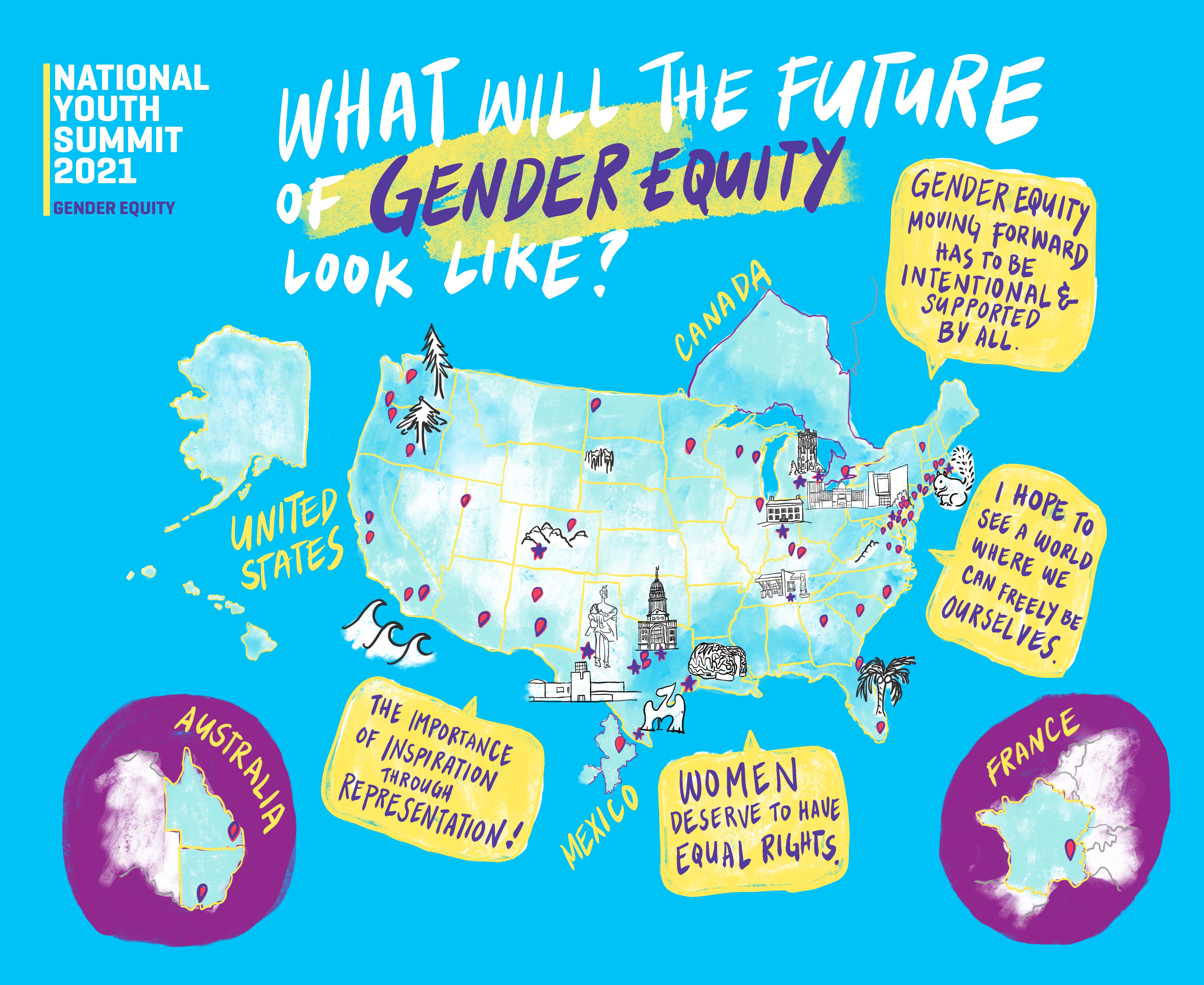 The National Youth Summit is made possible by the A. James and Alice B. Clark Foundation, and the Patrick F. Taylor Foundation K-12 Learning Endowment. This project also received support from the Smithsonian American Women's History Initiative.