For the sake of seabird droppings, a powerful fertilizer, the U.S. Congress authorized our nation’s earliest significant expansion beyond the continent. 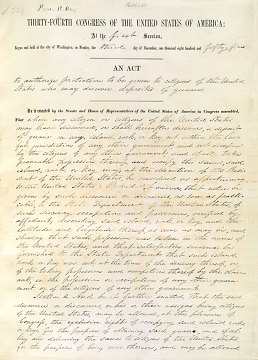 By the 1840s, the remarkable properties of Peruvian seabird guano were widely recognized, as farmers claimed that using the fertilizer increased their crop yields up to three times. American farmers demanded the nitrate-rich fertilizer from Congress to restore their worn-out fields’ soil balance and increase production.

In his 1850 State of the Union address, President Millard Fillmore said that guano from Peru was so valuable that the U.S. government should "employ all the means properly in its power" to get it.

The resulting Guano Islands Act stated that any guano islands unclaimed or unoccupied by others could be claimed and mined, and the guano delivered to the United States at a low price for the benefit of its citizens. This act authorized our nation’s earliest significant annexations of lands beyond the continent. Even today, the United States retains ownership of several remote Pacific and Caribbean islands first claimed for their guano.

‹ The Guano Trade up The Smithsonian and Guano ›