John Norie’s early 19th century navigating charts were among the world’s most beautiful and accurate renderings of the world’s waterways. 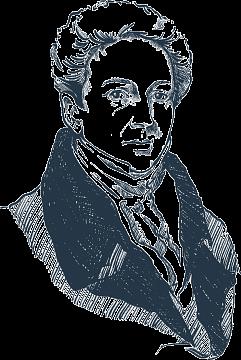 John William Norie worked in a London shop selling navigation books, supplies, nautical charts, and instruments. A hydrographer, or scientist of waterways, he taught navigation as early as 1797. In that same year, his employer, William Heather, published the first Marine Atlas, a large bound volume of charts covering the world. Norie also published books on shipbuilding and practical navigation.
When Heather died in 1812, Norie and a partner bought his business, renaming it J. W. Norie & Co. Among his prestigious clients were the British Admiralty and the East India Company, but his best customers were commercial sailors. Although Norie died in 1843, his influential book Norie’s Nautical Tables remained in print as recently as 2007.
‹ The Norie Atlas up The Atlas ›