When did bathing become swimming?

The voluminous bathing dress had been standard beachwear since the 1860s. After about 1910, women began to wear them sans corsets (scandalous!), but not until the 1920s did they begin to abandon their “bath flannels.” They began to swim—not just bounce in the waves—when knit-wear manufacturers introduced streamlined one-piece suits. 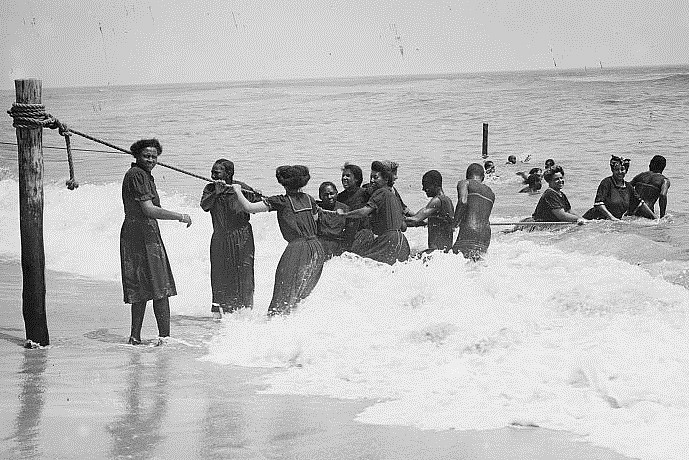 “I want to swim. And I can’t swim wearing more stuff than you hang on a clothesline.” 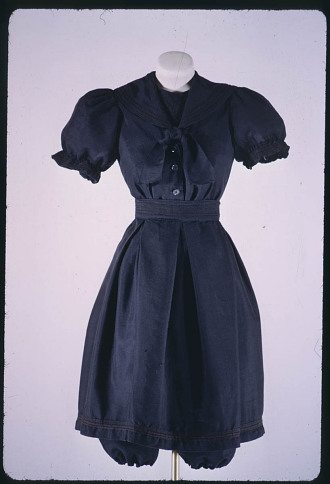 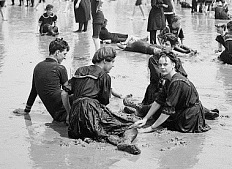 Bathers at Atlantic City, about 1900

When wet, a bathing dress of average size weighed 25 pounds; add to that a wet head wrap plus soggy stockings. 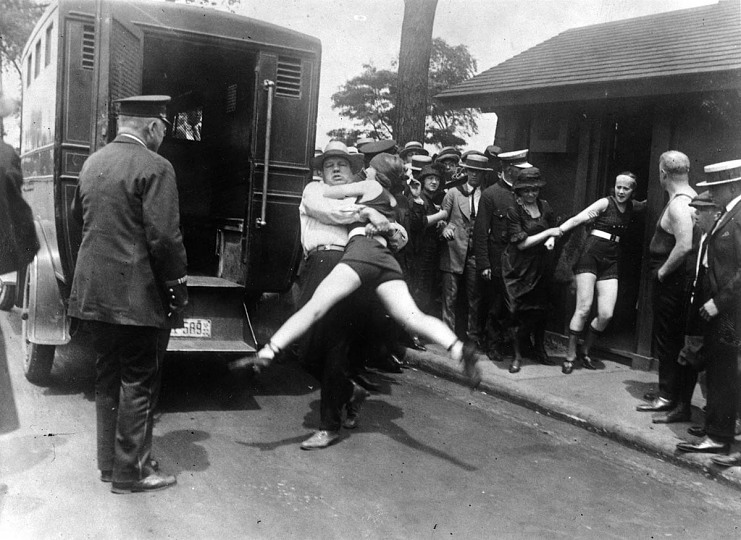 Early adopters of the new elastic-stitch tubular suits often found themselves at odds with “decency” regulations.