American whaling flourished from the late 1700s through the mid-1800s. Hundreds of ships left American ports, hunting the planet’s largest living creatures. Commercial whaling began in the Atlantic, but as whale populations declined, the chase spread to the Pacific and Arctic oceans. While whalebone and ivory were valuable, a whaler’s main profits came from the oil derived from whale blubber. 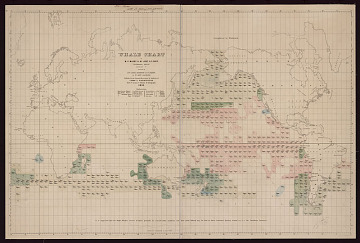 By 1851, overfishing had decimated whale populations in the Atlantic Ocean. Most whalers moved to the Pacific and Indian oceans. Ships traveled north and south with the seasons, following the large whale populations on their annual migrations.

This chart was produced by oceanographer Lt. Matthew Fontaine Maury for the U.S. Navy. It showed whale populations in the world’s major seas and oceans and aided hundreds of whalers in finding their prey. 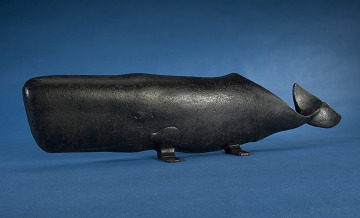 This one-sided sperm whale probably served as a shop sign or decoration. Cast into the back are the words “BAKER NEW BEDFORD.” In the 1878 city directory for New Bedford, Massachusetts, the only Baker was Ansol Baker, a machinist. 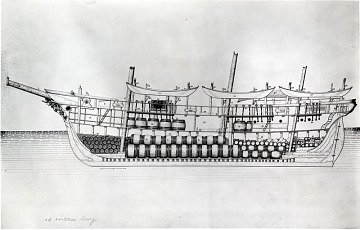 From G. Brown Goode, The Fisheries and Fishery Industries of the United States, Section V, History and Methods of the Fisheries, 1887

Whaleships were floating factories and warehouses. The top view of the deck plan shows the try works, a pair of big iron kettles where the whale blubber was boiled into oil. The lower view shows how the full barrels of whale oil were stowed below deck. Pieces of barrels, ready to be put together, were stored in the bow. 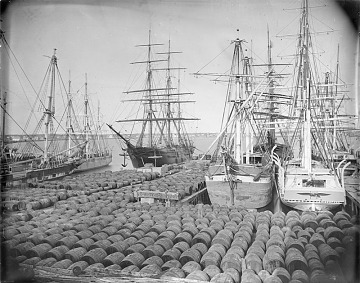 Barrels of whale oil made movement around the busy wharves at New Bedford almost impossible. 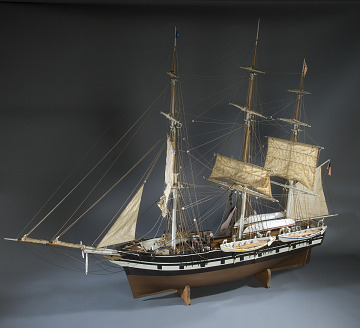 This model shows the typical outfit and gear for a deepwater whaling ship of the mid-1800s, when the industry was at its peak. 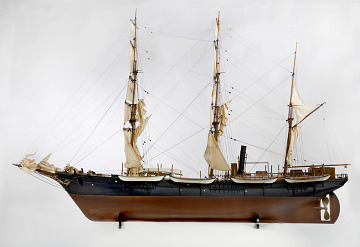 Gift of the U.S. Fish Commission

The bark-rigged steam whaler Orca was constructed for the western whaling grounds. The steamship included all the latest innovations, although it still carried a full suit of sails for backup. The Orca was built heavily to operate around the northern icepack, but it was among a whale ship fleet caught in the ice and abandoned off Point Barrow, Alaska, in 1897.

‹ What Happened to Columbia River Salmon? up Pursuing the Whale ›