Whaling meant long periods of boredom punctuated by moments of intense, dangerous activity. When a lookout aboard the ship spotted a whale, crewmen lowered small boats over the side and rowed hard in its direction. As they approached, the harpooner threw a barbed harpoon at the whale, and crewmen quickly thrust sharp lances into its body to hasten death. Then whaleboats towed the carcass back to the ship. 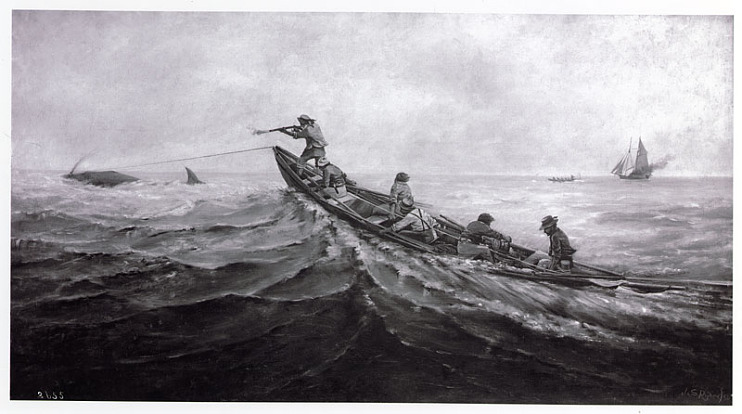 An angry whale might tow a whaleboat for miles before it tired. Exciting but dangerous, these “Nantucket sleigh rides” were named for the birthplace of the New England whaling industry. A whale sometimes smashed or overturned a boat during the chase, and few crewmen knew how to swim. The whale pictured here cannot go much farther. Blood in its air spout indicates a mortal wound in the lungs. 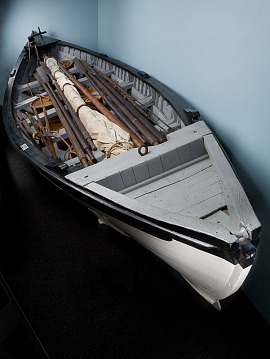 Light and fast, a whaleboat commonly had a crew of six men. One steered from the stern (back) of the boat when approaching the whale. After the oarsman in the bow (front) harpooned the whale, he took over steering. Various members of the crew killed the whale, tended the lines (ropes), and pulled the oars to return to the ship.

Whaleboats were crowded with gear. Line tubs carried enough rope to allow the whale to swim a safe distance from the boat until it tired. Lances, spades, and extra harpoons were kept on board, along with buckets for bailing. Whaleboats also carried a sail, a compass, a foghorn, and a keg of drinking water in case they were separated from the mother ship by a storm or fog.

Whalers stood in small boats buffeted by pitching waves, trying to kill a powerful, thrashing creature. It was a grisly, dangerous business.

The first dart thrown into a whale’s back was a long, sharp, barbed harpoon, followed quickly by a second one, both attached to long lines coiled in tubs in the whaleboat. Harpoons were made of soft iron so they would bend and not break from a whale’s violent thrashing.

After the harpoon came the lance, or killing iron. Its sharp oval- or leaf-shaped tip let the whaler do the job quickly.

Other crewmen jabbed sharp-edged boat spades at a whale’s tail tendons to immobilize the animal—the most dangerous act in whaling. 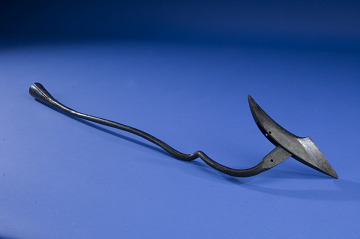 The first step in catching a whale was sticking harpoons into its back. A line at the bottom of the harpoon’s wooden handle attached it to the whaleboat. Once in the whale’s flesh, the sharp toggle tip swiveled sideways, making it harder to pull out. Whales normally dove deep after the first prick. This harpoon was twisted by a descending whale.

Gift of the U.S. Fish Commission through Luther Cole

Also known as killing irons, lances were designed to kill the whale. They were stabbed repeatedly into the thick neck arteries; the sharp leaf-shaped tip allowed easy removal for another thrust. Cutting these arteries prevented the whale from deep dives and hastened its bleeding to death. 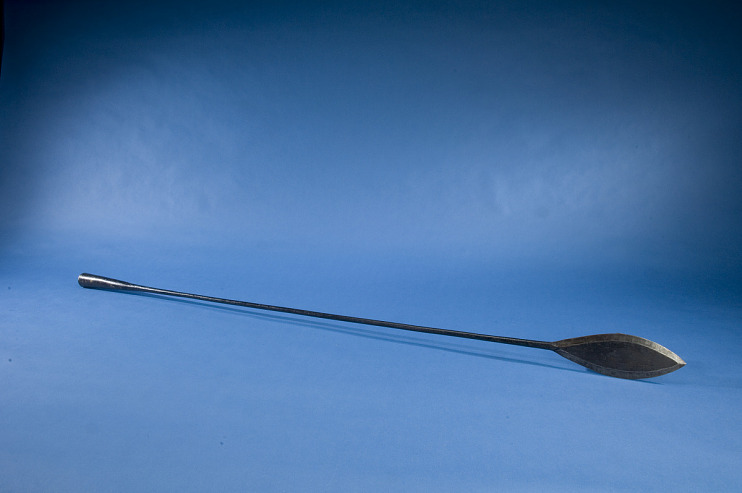 The sharp fluke lance was designed to immobilize a running whale by cutting its tail tendons. This rare inscribed example was used aboard the starboard whaleboat of the bark Sea Fox. 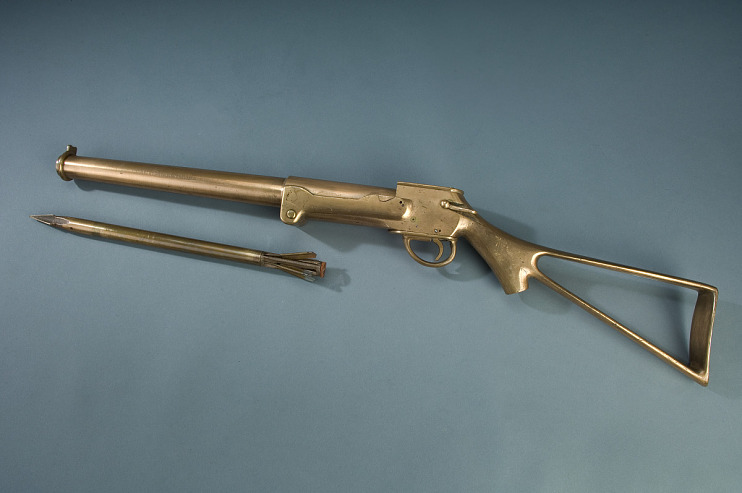 Guns replaced most hand harpoons and lances in the later 19th century. The darting gun was one of the most popular types—loaded with different darts, it could be used both for harpooning and killing whales. This example was given to the Smithsonian by its inventor, Capt. Eben Pierce of New Bedford, Massachusetts, after it was displayed at the 1883 International Fisheries Exhibition in London, England.

Explosive lances were designed to kill by exploding inside the whale’s body. Many different types were invented in the late 19th century. When they worked properly, they were extremely efficient. 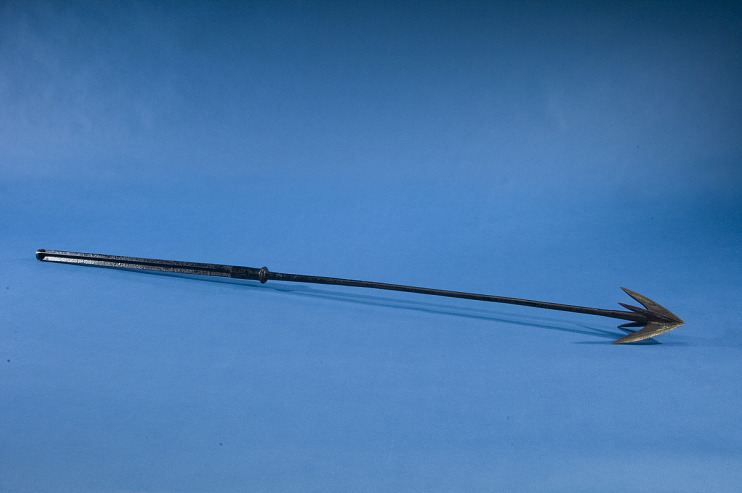 Gift of the U.S. Fish Commission, through J. T. Brown

Designed to be fired from a shoulder gun, this nonexplosive style of harpoon was invented by Oliver Allen of Norwich, Connecticut, to fasten to whales prior to killing.