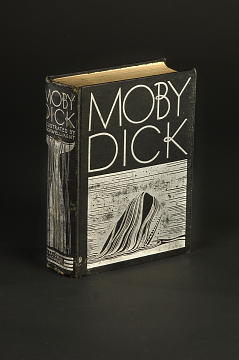 Gift of Elizabeth and Helen Jennings

In early 1841, at age 21, Herman Melville shipped out on a voyage to the Pacific Ocean aboard the whaler Acushnet. He deserted in the Marquesas Islands after only 18 months and then served briefly on other ships. His time at sea supplied the background for his novel Moby-Dick, or The Whale, published in 1851.

‹ Passing the Time at Sea up Sea Songs ›