Underwater tangles of trees and other debris plagued navigation on many western rivers. Steamboat builder Henry M. Shreve was appointed the Superintendent of the Western Rivers in 1828, and in 1829 he completed the first snag boat, specially built to dislodge river debris. 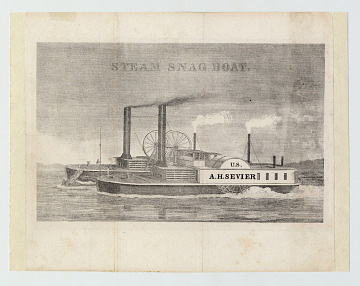 From Sketch Book of Saint Louis, 1858

Snag boats like the A.H. Sevier were built with an iron wedge between two hulls for use in breaking up the snags. 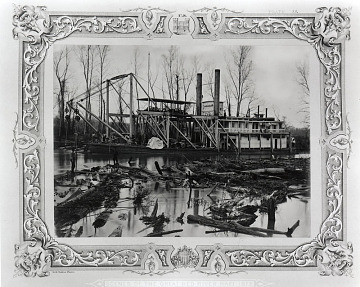 The “Great Raft” was a 92-mile-long tangle of stumps and fallen trees that blocked navigation on Texas’s Red River. Work to clear this big snag began in 1832 and continued for various stretches of time through the rest of the century. This snag boat, the U.S. Aid, is working to keep pace with the dynamic river conditions in 1873. 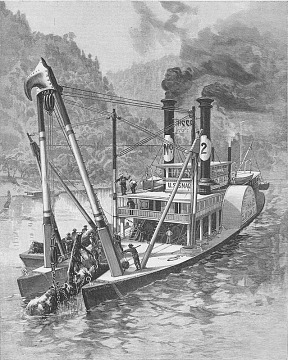 The snag boats operated by the U.S. Army Corps of Engineers were sometimes called “Uncle Sam’s Tooth Pullers,” referring to how the vessels extracted whole trees and logs that hindered navigation. U.S. Snag Boat No. 2 is shown pulling stumps from the river bottom.

Courtesy of the Mariners’ Museum 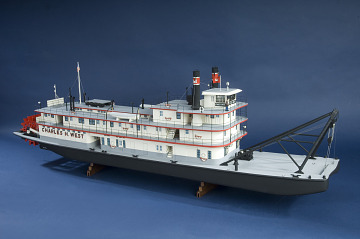 The two A-frames on the front of the Charles H. West support a line from a winch. When the boat hooks a snag, the winch pulls it onto the ramp where it can be cut up. 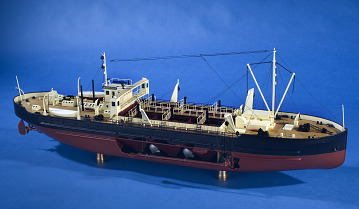 Built in 1926, the Willets Point was once “the very last word in hopper dredging,” according to the United States Engineers’ Office. The vessel could dredge silt from depths of 12 to 35 feet and pump it into a large “hopper” in the hold until the silt could be dumped.

In 1927, the ship was commissioned to deepen and widen the Potomac River from the District of Columbia to the Chesapeake Bay, making it possible for larger commercial ships to reach ports in Alexandria, Virginia, and Washington. From January to April 1927, the Willets Point removed 581,507 cubic yards of silt from the river bottom.