Spanish traders first brought tobacco to Europe from the Americas in the 1500s. England joined the trade in the 1600s, and tobacco became a favorite indulgence for millions. Tobacco’s popularity drove much of the economy of the north Atlantic world. Colonial Virginia and Maryland produced relatively little else, and tobacco profits kept these colonies alive.

Millions of lives revolved around tobacco—Scots and English merchants, Chesapeake planters, indentured servants who worked the fields until their debts had been paid, and enslaved men, women, and children who tended and processed the plants. An international host of sailors connected them all.

The Atlantic World in Advertising

The connections between tobacco growing, smoking, ships, and African laborers are apparent in these labels and ads. Images of native peoples also suggested the American origins of the products. 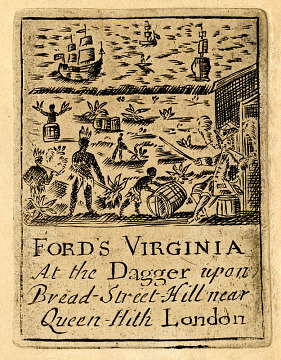 Courtesy of the Jamestown-Yorktown Collection 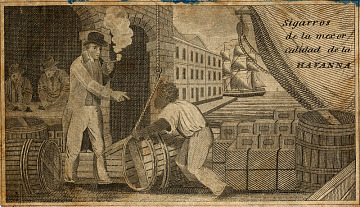 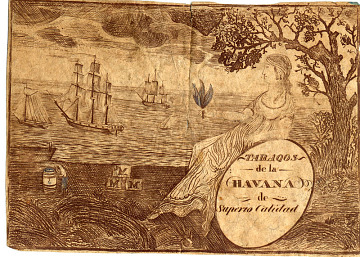 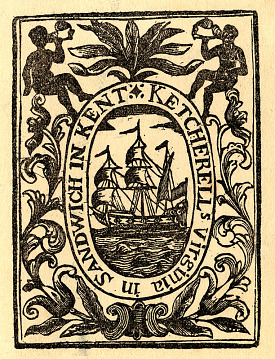 Used on packages of tobacco or snuff, labels like this reflected the trade links between Virginia and England.

Courtesy of the Jamestown-Yorktown Collection 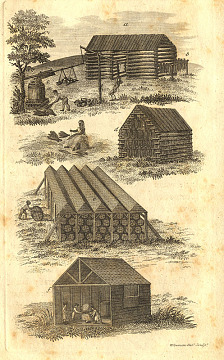 Care of the Crop

Tobacco required nearly constant attention. Indentured servants and enslaved Africans planted, harvested, and prepared the crop for shipment. These engravings show the laborious process, including drying the leaves in an open building, pressing them into a barrel called a hogshead, and storing the hogsheads. After the crop was inspected, the hogsheads were taken by boat or rolled overland for loading onto a tobacco ship.

From William Tatham, An historical and practical essay on the culture and commerce of tobacco (London, 1800) 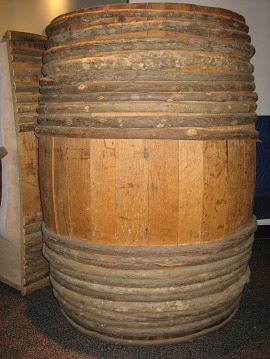 For shipment, dried tobacco leaves were packed in large wooden barrels called hogsheads. In 1775, Virginia and Maryland exported more than 100 million pounds of the plant. Worth some $4,000,000, tobacco made up more than 75 percent of the total value of all exports from these colonies.

How much tobacco could fit in a hogshead?

About 1,000 pounds if you knew what you were doing.

Plantation workers packed tobacco for shipment to England. They piled dried tobacco leaves inside the hogshead, pressed them down with weights or a screw and lever, and repeated the process until the hogshead was tightly packed. 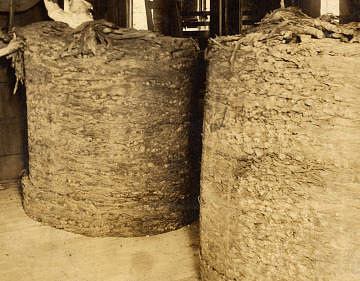 Detail of pressed tobacco from hogsheads

Courtesy of the Filson Historical Society