Americans fought two wars to gain independence and then defend it against the world’s mightiest naval power.

During the American Revolution and the War of 1812, the Americans faced a British navy with hundreds of ships and tens of thousands of sailors and marines. Lacking time and funds to build an adequate fleet, the American government authorized hundreds of privately armed ships to attack British vessels. These “privateers” captured more than a thousand ships, called “prizes,” and helped the new nation gain and hold independence. 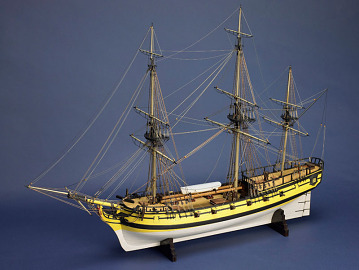 The privateer Rhodes carried a crew of 90. Large crews helped privateers intimidate and overpower their prey, and provided crew for any ships captured. The Rhodes was built for speed and was heavily armed with 20 cannon. Still, it was captured on a cruise in the West Indies, sailed to England, renamed Barbadoes, and used against the American colonies until the end of the American Revolution. 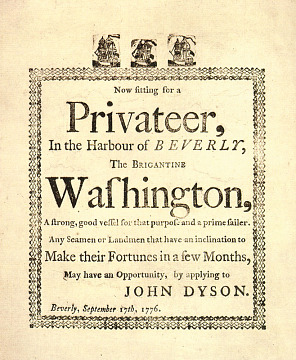 This early advertisement was designed to recruit crewmen for the American privateer Washington. It was posted in Beverly, Massachusetts, in 1776. The Washington captured eight enemy vessels in the first year of the Revolution, but was captured itself by a British warship the following year. 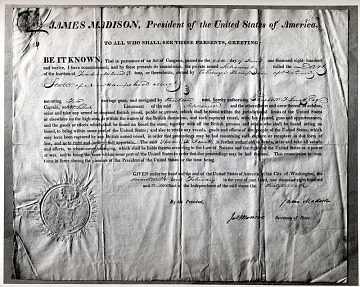 Signed by President James Madison in 1813, this form authorized the New Hampshire schooner Dart to “subdue, seize and take any armed or unarmed British vessel.” The U.S. Constitution gives Congress the authority to grant these commissions to private armed ships like the Dart. Privateers without proper authorization were often treated as pirates and hanged.