Decades ago, passenger ships introduced plush surroundings, shipboard activities, and plentiful food to ease the anxiety and discomfort that sometimes accompanied an ocean voyage. Today, these distractions are essential elements of a vacation on the water. As much as exotic ports of call, the cruise ship itself is now the main destination of a sea-going holiday. Cruising is the fastest growing market in merchant shipping around the world. 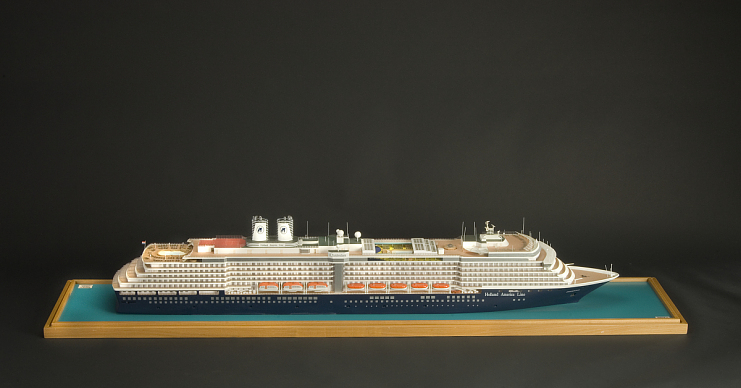 The Zuiderdam began service in 2002 and is the first ship in Holland America Line’s Vista-class series. The ship carries 1,848 passengers with a crew of 800. Its full diesel-electric power plants save energy, and its azimuth thruster system permits better maneuverability in tight harbors than a traditional propeller and rudder. Descended from a venerable Dutch shipping company whose ships carried thousands of immigrants to the United States, Holland America is now American-owned and headquartered in Seattle.