2016 Theme: Sustainability and the Environment 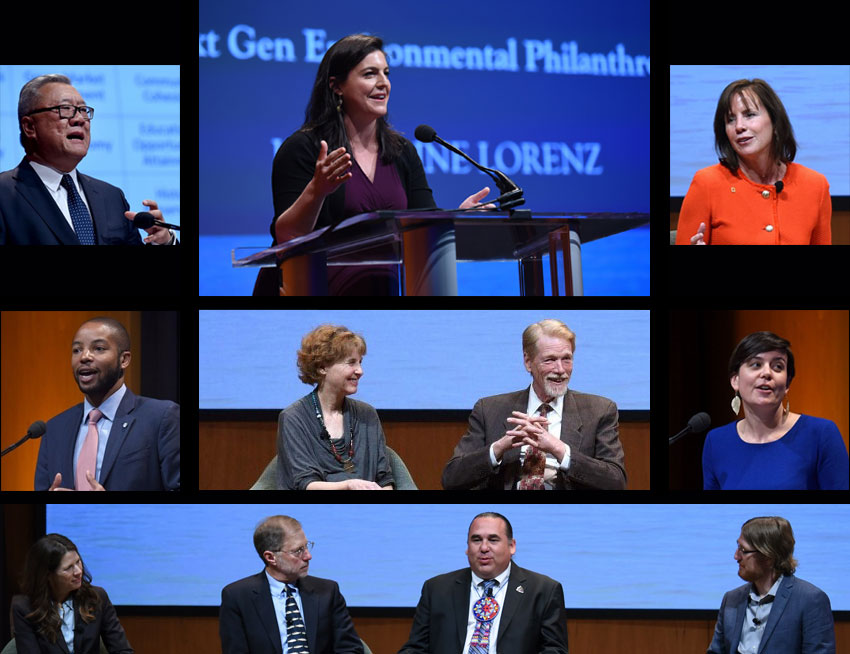 For the first two-thirds of American history, much of the country’s scientific and technological resources were focused on the extraction, exploitation, and development of our country’s abundant natural resources.

What role did philanthropy play in the early conservation and modern environmental movements that emerged in response?

As we face a future increasingly compromised by the consequences of this use, how is philanthropy today working with community and government agencies to accelerate environmental protections and sustainable practices?

These questions are discussed in the second Power of Giving symposium exploring the history and impact of philanthropy on issues of sustainability and the environment in the United States. The Smithsonian convenes experts from the Case Foundation, Case Western University, City of Boston, George and Cynthia Mitchell Foundation, Georgetown University, ioby, National Geographic, The Nature Conservancy, Patagonia, Summit Foundation, William and Flora Hewlett Foundation, and Yakama Nation.

Two segments focus on multigenerational environmental philanthropy. Gifford Pinchot III speaks about the legacy of his grandfather, Gifford Pinchot—the father of the American forestry and conservation movement. Family historian Nancy Pinchot joins the conversation with David M. Rubenstein about growing up with the Pinchot family’s expectations of conservation and social responsibility. Later, Katherine Lorenz gives a talk about NextGen environmental philanthropy and her work leading the foundation established by her grandparents, the George and Cynthia Mitchell Foundation.

A Conversation with Jean Case: Impact Investing and the Environment »