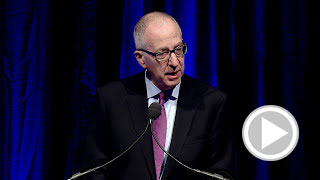 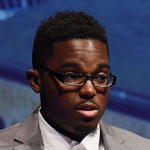 RICARDO AMPARO is an 18-year-old Baltimore resident and filmmaker who works three jobs while attending his first year of college. Through the BridgeEDU program, he is taking classes at the University of Baltimore and Baltimore Community College. Amparo’s short film, A Teen’s Dream, featured in this program, was produced for the Robert Wood Johnson Foundation’s Equity Workshop at TED 2015 in association with Wide Angle Youth Media in Baltimore. 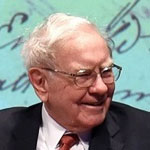 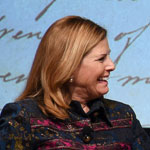 NINA EASTON is an author, TV commentator, and journalist. She writes a column for Fortune magazine and provides regular commentary on Fox News. Easton cochairs Fortune’s Most Powerful Women Summit. She is the author of the acclaimed political history, Gang of Five: Leaders at the Center of the Conservative Ascendancy, and coauthor of John F. Kerry: The Complete Biography By The Boston Globe Reporters Who Know Him Best. 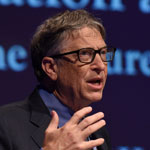 BILL GATES is co-chair of the Bill & Melinda Gates Foundation. In 1975 Bill Gates founded Microsoft with Paul Allen and led the company to become the worldwide leader in business and personal software and services. In 2008 Gates transitioned to chairman to focus full-time on his foundation’s work to expand opportunity to the world’s most disadvantaged people. Along with cochair Melinda Gates, he leads the foundation’s development of strategies and sets the overall direction of the organization. In 2010 Bill and Melinda Gates and Warren Buffett founded the Giving Pledge, an effort to encourage the wealthiest families and individuals to publicly commit more than half of their wealth to philanthropic causes and charitable organizations during their lifetime or in their will. 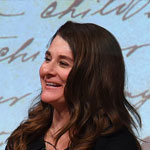 MELINDA GATES is co-chair of the Bill & Melinda Gates Foundation. While involved in setting the overall direction of the organization and shaping its strategies, her focus on keeping women and girls at the heart of the global health and development agenda is a critical driver of her work at the foundation. Gates received her bachelor’s degree from Duke University and an MBA from Duke’s Fuqua School of Business. After joining Microsoft Corp. in 1987, she distinguished herself as a leader in the development of many multimedia products. In 1996 she retired from her position and since then has directed her energy toward the work of the foundation as well as the Giving Pledge.

THE FAIRFAX COUNTY PROFESSIONAL FIRE FIGHTERS & PARAMDEICS – IAFF LOCAL 2068 consists of nearly 2,000 active and retired firefighters and paramedics, mechanics from the Fire and Rescue Department Apparatus Shops, and 9-1-1 call takers and dispatchers working at the Department of Public Safety Communications Center. Its members respond from 38 fire stations inside 7 district battalions while providing emergency services to over 1 million citizens residing within 404 square miles of Fairfax County property. 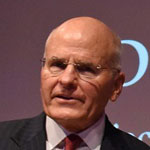 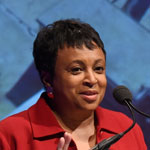 CARLA HAYDEN is chief executive officer of the Enoch Pratt Free Library, one of the oldest free libraries in the United States. She was elected president of the American Library Association in 2003. She has been honored with the Andrew White Medal by Loyola College, the President’s Medal by Johns Hopkins University, and the Legacy of Literacy Award by the DuBois Circle of Baltimore. She is a member of the boards of the Maryland African American Museum Corporation, Goucher College, the Franklin and Eleanor Roosevelt Institute and Library, and the Maryland Historical Society. 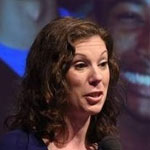 SARAH HEMMINGER is chief executive officer and co-founder of Thread. She has eleven years of experience in non-profit management and expertise in the development, expansion, and replication of innovative, paradigm-shifting models of mentoring. Hemminger has been awarded fellowships from Ashoka, Echoing Green Foundation, Open Society Institute, and the Albert Schweitzer Fellows Program, which support social entrepreneurs with innovative ideas. 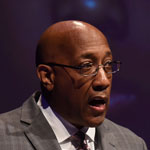 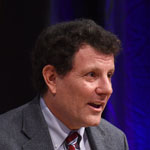 NICHOLAS D. KRISTOF has been a columnist for The New York Times since 2001. Kristof has won two Pulitzer Prizes for his coverage of Tiananmen Square protests and genocide in Darfur, along with many humanitarian awards such as the Anne Frank Award and the Dayton Literary Peace Prize. With his wife, Sheryl WuDunn, he has written several books, most recently A Path Appears: Transforming Lives, Creating Opportunity, a New York Times best-selling book about altruism and how to bring about change in our society using evidence-based strategies. 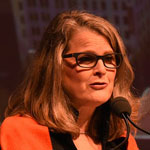 JAMIE MCDONALD is founder of Generosity Inc. Her professional mission is to spur people to give, act, and innovate on behalf of communities, causes, and schools. After sixteen years as an investment banker, McDonald shifted her personal mission from startups and venture capital to innovation and growth of the generosity economy. Most recently, she was the chief giving officer of Network for Good, the nation’s largest online charitable giving platform, after it acquired GiveCorps, the network she founded in 2011. In 2013, she led BMoreGivesMore, the movement that raised $5.7 million in a day on #GivingTuesday and earned Baltimore the #MostGenerousCity in America honor. 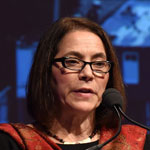 DIANA MORRIS is director of the Open Society Institute-Baltimore, the sole field office of the Open Society Foundations in the United States. Established in 1997, the office supports efforts to reform policies perpetuating discrimination and preventing residents from participating fully in the civic, economic, and social life of the region. While a significant portion of the work relates to state policy, the office looks to the Baltimore community to identify needs, demonstrate effective approaches, and measure impact, given the city’s demographics and importance to the state. Previously, she has served as executive director of the Blaustein Philanthropic Group, a set of eight Baltimore family foundations which award local, national, and international grants. 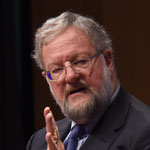 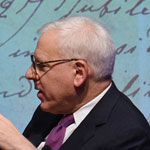 DAVID RUBENSTEIN is co-founder and co-chief executive officer of The Carlyle Group, one of the world’s largest private equity firms. Rubenstein is chairman of the boards of trustees of the John F. Kennedy Center for the Performing Arts and Duke University, a regent of the Smithsonian Institution, cochairman of the Brookings Institution, vice chairman of the Council on Foreign Relations, a trustee of the National Gallery of Art, and president of The Economic Club of Washington. 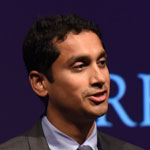 PREMAL SHAH is president and cofounder of Kiva.org, a non-profit crowdfunding website that connects people through lending to alleviate poverty. Since 2005, over one million small businesses in more than seventy-five countries have been financed by Kiva lenders, with a ninety-eight percent repayment rate. The site has been named as one of Oprah’s Favorite Things and as a top 50 website by Time magazine. For his work as a social entrepreneur, Shah was named on Fortune magazine’s “40 Under 40” list. 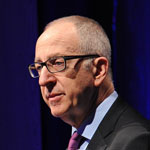 DAVID J. SKORTON is the 13th Secretary of the Smithsonian. He assumed his position on July 1, 2015. Secretary Skorton oversees 19 museums and galleries, 20 libraries, the National Zoo, and numerous research centers. Skorton, a board-certified cardiologist, previously was the president of Cornell University. 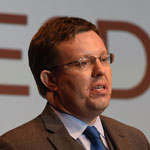 HENRY TIMMS is executive director of the 92nd Street Y, the renowned cultural and community center in New York City. He is the founder of #GivingTuesday, a global philanthropic movement which engages more than 27,000 partners worldwide. Timms is a practitioner-in-residence at the Stanford University Center on Philanthropy and Civil Society. He was named The NonProfit Times’ Influencer of the Year in 2014 and was honored among the Crain’s New York Business “40 Under 40” in 2015. 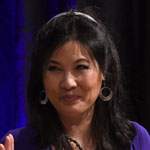 SHERYL WUDUNN is the first Asian American reporter to win a Pulitzer Prize. She currently works at a small banking boutique helping growth companies, including those operating in emerging markets. She also co-founded FullSky Capital, a social enterprise advisory firm, and advises several growth companies. With her husband, Nicholas D. Kristof, she is a coauthor of A Path Appears: Transforming Lives, Creating Opportunity, a New York Times best-selling book about altruism and how to bring about change in our society using evidence-based strategies. 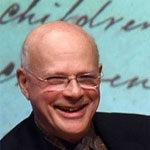 OLIVIER ZUNZ is the Commonwealth Professor of History at the University of Virginia. His most recent book, Philanthropy in America: A History, is an in-depth exploration of the 20th-century growth of American philanthropic and mass-giving organizations. He is also the author of The Changing Face of Inequality, Making America Corporate, and Why the American Century?