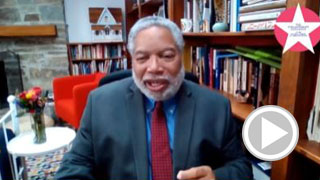 Dr. Anthea M. Hartig, the Elizabeth MacMillan Director of the National Museum of American History, welcomes attendees to the 2020 virtual Power of Giving symposium focusing on philanthropy’s impact on educational equity. She also speaks about the case-exhibit, “Who Pays for Education?” in the Philanthropy Initiative’s Giving in America exhibition.