Philip K. Wrigley, Chicago Cubs owner and chewing gum mogul, began the All-American Girls Professional Baseball League (AAGPBL) at the onset of World War II. With most able men away at war, Wrigley wanted to keep baseball in the public eye. For a brief moment in American history, professional baseball was reimagined as a woman’s domain. Eleven Latinas played in the AAGPBL (1943–1954), including Mexican American Margaret “Marge” Villa (later Cryan), from Montebello, California. These fair-skinned Latinas were able to pass as white in an era of de facto segregation and would become some of the few women ever to play baseball in the United States.

In 1939, at age 13, Villa played for the East Los Angeles girls’ community team, the Garvey Stars. Over the next few years, she played for the semiprofessional Orange Lionettes team in Southern California and was signed to play in the AAGPBL in 1946.

Fluent in Spanish, Marge Villa served as her team’s interpreter on tours in Latin America. She also had parental support in pursuing a baseball career, which was uncommon in many American households at the time. 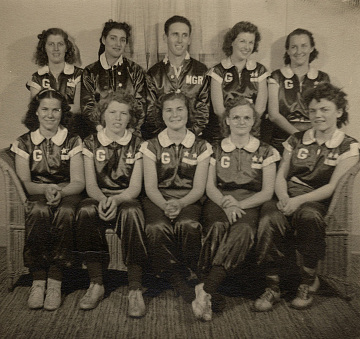 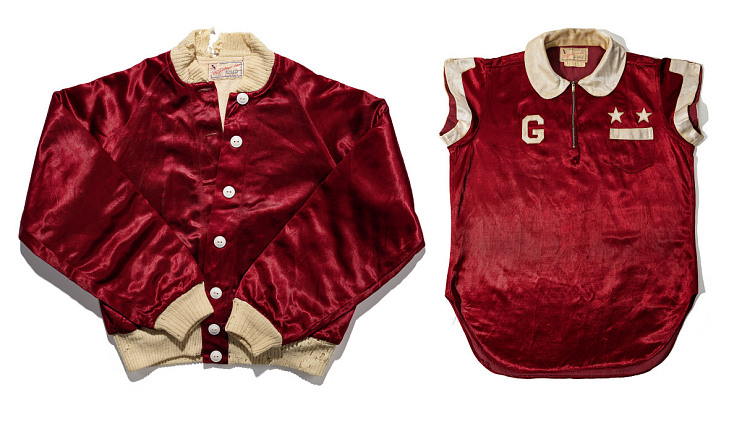 Marge Villa played for Garvey when she was just 13 years old.

See Pleibol in 3D! Explore a model of the jersey. 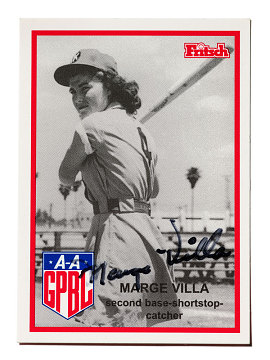 This official AAGPBL baseball card details Villa’s statistics for her five-year career in the league.

Mexican American women’s teams gained popularity during the 1930s, when Latinas/os were often segregated in schools, work, neighborhoods, and in sports and recreation. Because of this segregation, Latinas/os across the country carved out their own spaces to play baseball and softball, giving rise to barrio teams that played on makeshift community diamonds every weekend. These teams formed networks for sports and cultural solidarity. In the Mexican American community, churches and small businesses sponsored barrio teams, making it possible for baseball and softball to flourish, and allowing women to participate. These teams provided a socially acceptable public venue for young Mexican American women to assert autonomy, athleticism, and cultural and ethnic pride while also challenging socially constructed notions of gender and femininity. 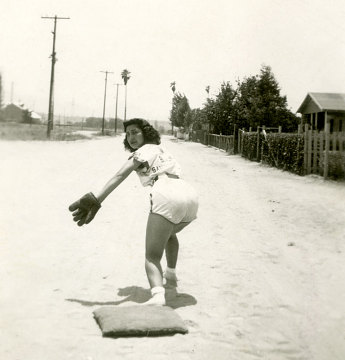 At the age of 12 or 13, Lujan began playing for the Colton Mercury Señoritas. For five years, she played second base for the Señoritas as they traveled to play other women’s barrio teams.

Courtesy of the Salazar Family 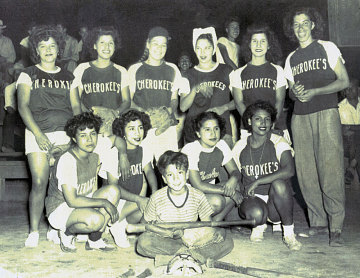 During World War II, Lujan stepped away from softball while working as a Rosie the Riveter. Once the war was over, Lujan found joy in the game once again as she returned to playing with former teammates on the newly formed San Bernardino Cherokees women’s team.

Courtesy of the Salazar family 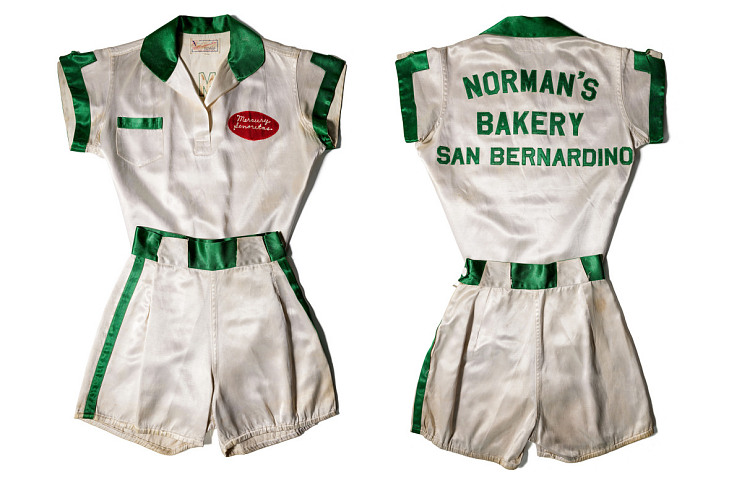 The Colton Mercury Señoritas were sponsored by Norman’s Bakery, a local small business.

Who sponsors your sports team?

Can you spot the name of this team’s local sponsor?

In 2004 Lisa Fernandez helped Team USA win the gold medal in softball during the Olympics in Athens, Greece. Although baseball is traditionally considered a male sport, women are trailblazing in multiple areas, changing the face of the game and highlighting softball as a major competitive sport. 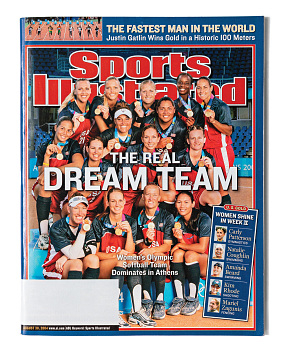 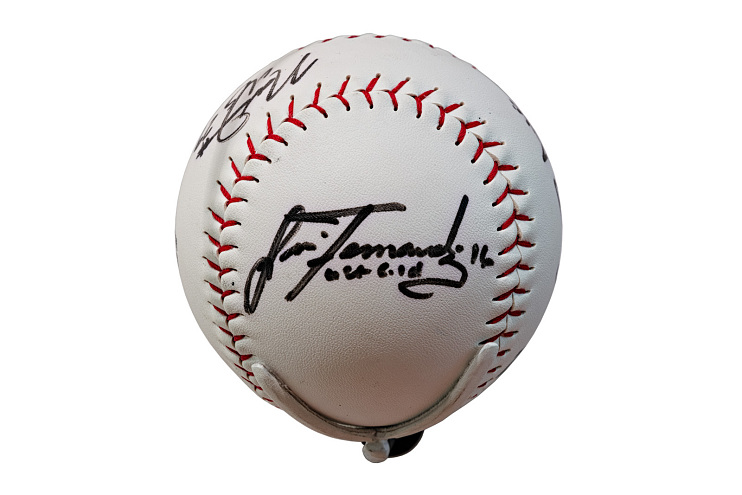 Ball signed by members of the 2004 Olympic softball team, including Lisa Fernandez, 2004