The Great One: Roberto Clemente

Baseball fans celebrate Roberto Clemente as “The Great One.” Family members called him “Momen.” His accomplishments in the sport, hard work, fierce pride, and resilience in the face of racism and discrimination won him the admiration of countless fans in the United States and across Latin America.

Clemente’s death in a plane crash, while carrying supplies to earthquake victims in Nicaragua on December 31, 1972, shocked fans across the globe. His sudden death added mythology to the legacy Clemente had already built through his performance as a player and his leadership and philanthropy off the field.

The arc of Clemente’s story is familiar to many Latinos: humble roots, immigrant aspirations, strong bonds to birthplace, and fighting for the dignity of all people. He went from a family of modest means in Carolina, Puerto Rico, to one of baseball’s biggest stars. 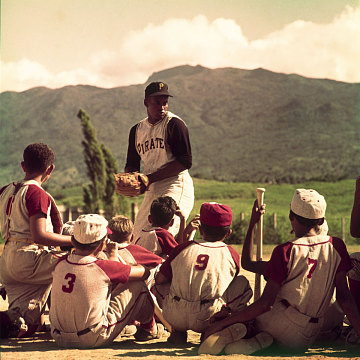 Roberto Clemente spent time during the off-season working with kids’ baseball teams in his hometown in Puerto Rico. 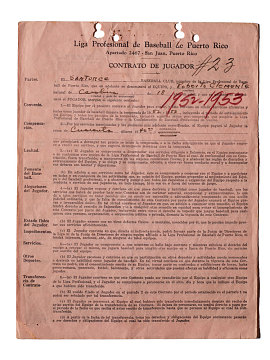 Clemente’s first professional contract was with the Cangrejeros for $40 a week.

Roberto Clemente was an ultimate game-changer in Major League Baseball. In 1947 African American Jackie Robinson of the Brooklyn Dodgers dismantled the color line, opening the door for Latinos, regardless of skin color. A few years later, Clemente’s stellar play and outspokenness against racism and discrimination commanded national and international attention. 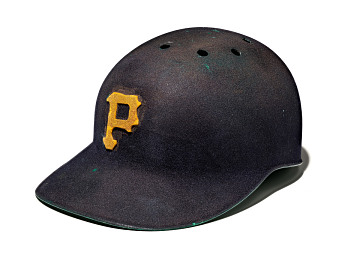 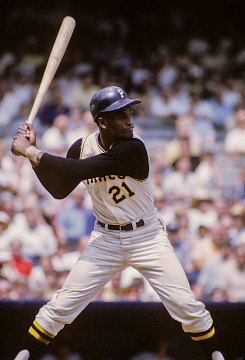 In an 18-year tenure with the Pittsburgh Pirates begun in 1955, Roberto Clemente was a 15-time All-Star, 12-time Gold Glove winner, four-time National League batting champion, and the 1966 National League Most Valuable Player.

See Pleibol in 3D! Explore a model of Roberto Clemente's jersey and batting helmet or view in augmented reality. 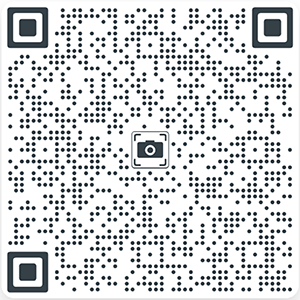 Roberto Clemente was committed to his communities in Puerto Rico and chose to play in the winter leagues on the island. He played for the Cangrejeros de Santurce and the Senadores de San Juan. 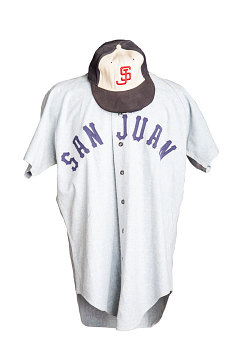 This was the last jersey Clemente wore before his death on December 31, 1972.