The Power of Baseball in Cuba

In the late 1800s, Cubans became the “apostles of baseball,” spreading the game across the Caribbean. The first Cubans to learn the game were children of the Cuban elite sent to study in the United States during the 1860s. They returned home with baseball equipment, knowledge of how to play the game, and enthusiasm for sharing what they acquired.

This generation spread baseball across the island, teaching others how to play and forming baseball clubs that became the foundation for baseball’s central place in Cuban national identity and culture.

Minnie Miñoso was a key figure in the generation that bridged baseball from segregation to integration. From 1946 to 1948, he played in the Negro Leagues with the New York Cubans. In 1949 Miñoso debuted as the first Afro-Latino in the majors, just as the color line was dissolving. Pioneering integration meant enduring intense and sometimes violent racial animosity. He responded with exceptional on-field performance. 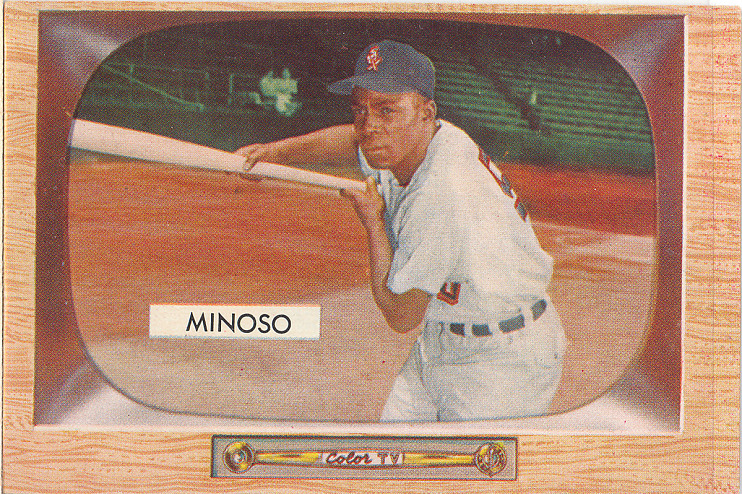 Minnie Miñoso batted a .320 average in the 1954 season with the Chicago White Sox. 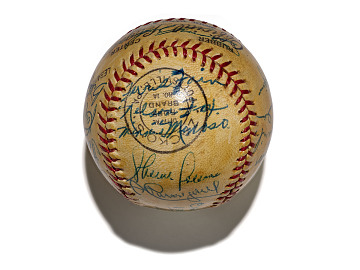 Minnie Miñoso’s signature appears in the center, just over the stamp.

See Pleibol in 3D! Explore a model of the ball.

The Cuban Revolution of the 1950s left diplomatic relations between Cuba and the United States strained. Cuban baseball players who chose to play professionally in the United States had to defect and could not return to Cuba; exit visas were often denied to their families. 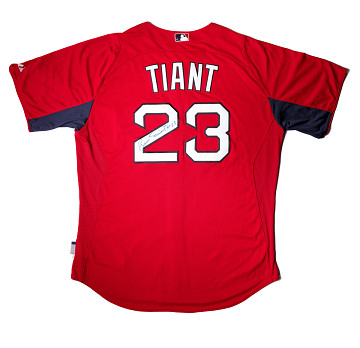 Luis Tiant’s career spanned 20 years, most notably with the Boston Red Sox from 1971 to 1978. Cuban-U.S. diplomatic relations broke down in 1961 and ballplayers had to choose between continuing their careers or returning to Cuba. Luis Tiant Jr. signed with the Cleveland Indians. Because of U.S. embargoes on travel to Cuba, 15 years passed before he would see his family on the island. 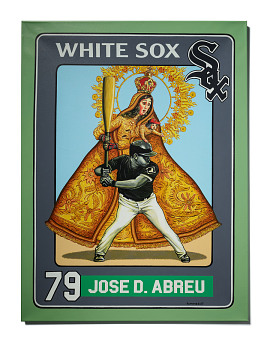 In Florida, the Minor League Tampa Smokers were named for the prolific cigar industry in the region. The team played across Florida, the southern United States, and Cuba. They also became known for developing several Cuban Major League players. 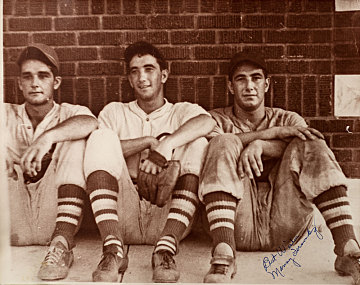 Cuban American brothers Reggie, Bennie, and Manny Fernandez of the Tampa Smokers relax after a game. 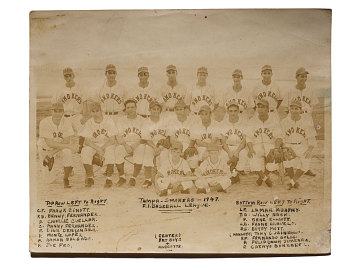 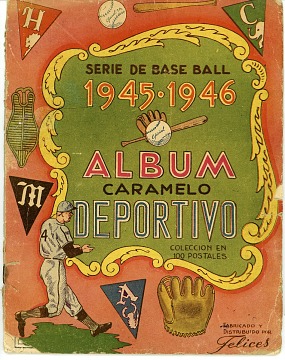 Who do you see on the pages of this book?

Many famous baseball players made their debut in the Latin American leagues.

‹ Baseball Across Borders up Baseball Today and Tomorrow ›