I am in a ward with some thirty-five boys. I am almost the oldest, and certainly the sickest. I don’t talk to anyone... I am so blasted out of myself. I can’t figure out what has happened to me... and here I am in the football-field-length medical ward with noise from 6:30 a.m. to 9:30 p.m., nonstop.
Lorenzo Wilson Milam, early 1950s

Throughout most of the 20th century, hospitals operated under strict and orderly patient regimens. Nurses enforced a military-like discipline in the wards. Epidemic conditions, combined with the lack of a cure for polio, heightened everyone’s anxiety.

During a 1934 epidemic in Los Angeles, 5 percent of doctors and 11 percent of nurses who treated polio patients contracted the disease. 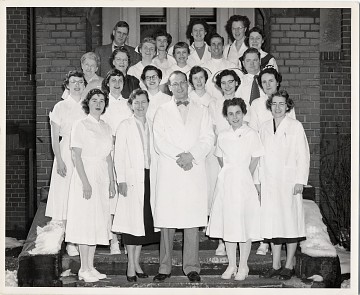 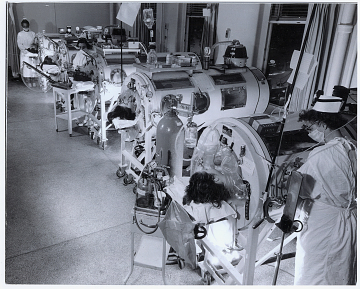 Polio iron lung ward at Haynes Memorial Hospital, Boston, Massachusetts, 1955
In no disease, except perhaps pneumonia, is expert nursing care so essential.
Dr. T. Campbell Thompson, 1938
The nurses caring for patients in iron lungs had to be attuned to their respiratory needs at all times to keep them alive, which meant being with the patient physically and psychically. Decisions had to be made regarding suctioning, postural drainage, giving oxygen, and the need for emergency tracheostomy, and nurses had to make these minute-to-minute decisions.
Lynne Dunphy, family nurse practitioner, 2001
Previous
Next 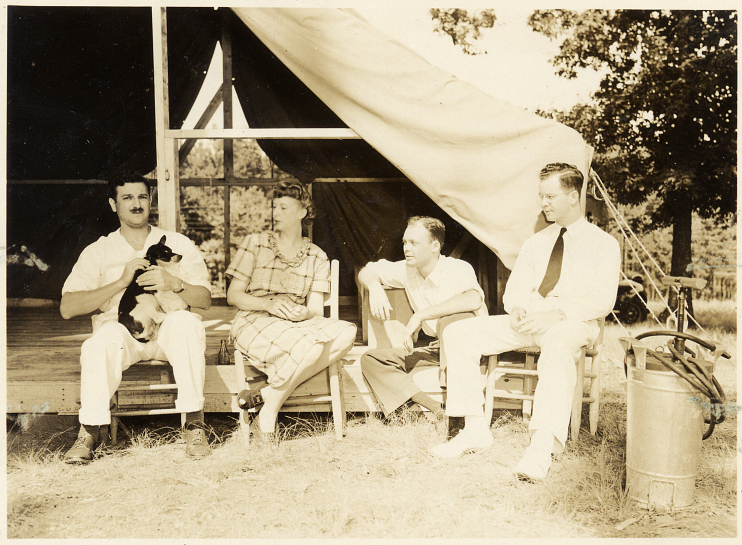 Doctors resting outside a tent during the epidemic at Hickory, North Carolina, 1944
Courtesy of Marc Shell 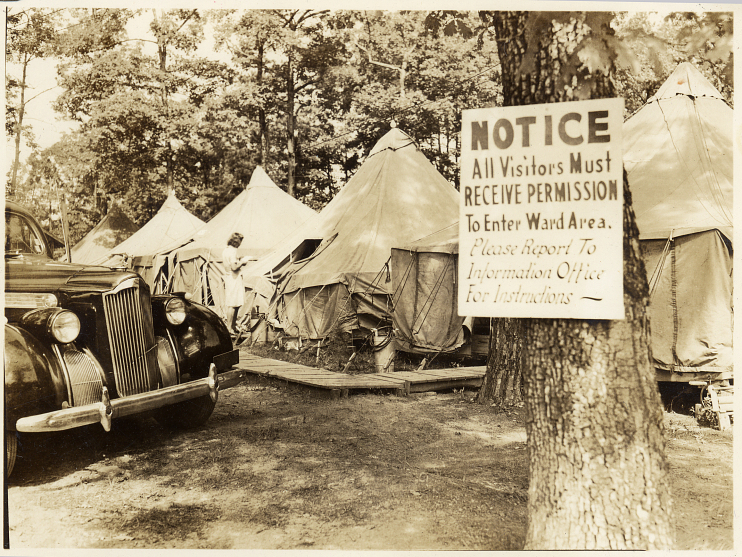 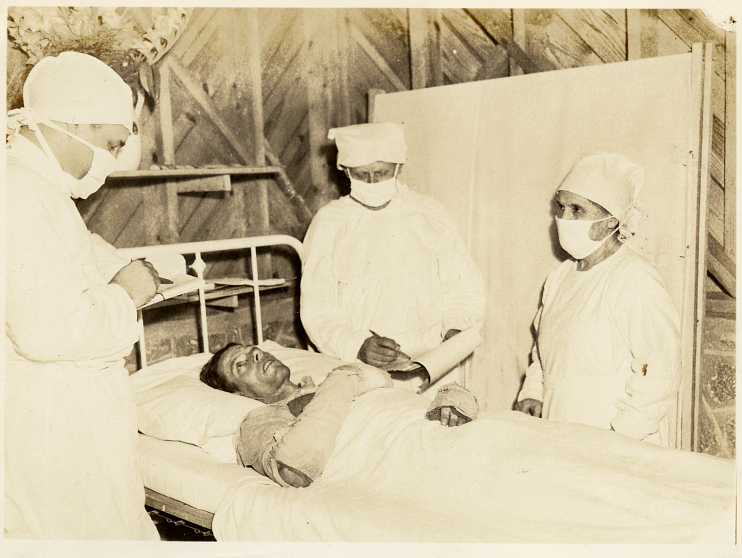 Doctors wearing protective masks as they examine a patient in a polio ward, Hickory, North Carolina, 1944
Courtesy of Marc Shell

Doctors resting outside a tent during the epidemic at Hickory, North Carolina, 1944
Courtesy of Marc Shell

Doctors wearing protective masks as they examine a patient in a polio ward, Hickory, North Carolina, 1944
Courtesy of Marc Shell

« prev next »
In the town of Hickory, in the western foothills of North Carolina, more than 100 children lie in hastily built beds…. The suddenness with which the disease struck overwhelmed ordinary medical facilities…. The National Foundation for Infantile Paralysis mobilized local and national resources to set up the emergency hospital.
LIFE magazine, 1944

Lumbar puncture, or spinal tap, was introduced in 1891 as a way to relieve children with hydrocephalus (pressure on the brain from accumulation of fluid) and quickly began to be used as the primary way to diagnose polio. 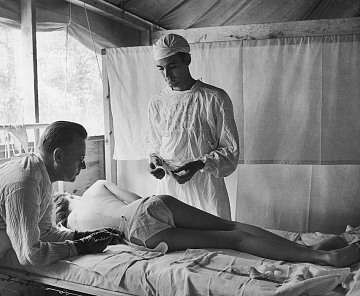 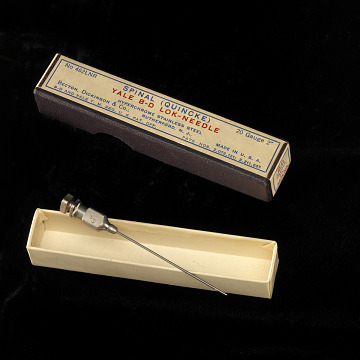 View object record
Box containing a lumbar puncture needle
View object record
Two interns come to take a spinal tap. Spinal Tap! A knock on the door of the nerves. They come to my bed and with no words, no discussion, no thought—they wrestle me into the C position, head touching knees. I am unable to move with the burning ache of it, as they draw me into an arch so that they can run an eighteen-inch horse needle in between the plates of my spine for an hour or so to get a copious sample of the cerebrospinal fluid.
Lorenzo Wilson Milam, 1984

With so many unknowns in the course of the disease, doctors and nurses searched for ways to measure and chart the health of patients, using tests for muscle strength, limb mobility, joint movement, and breathing capacity. 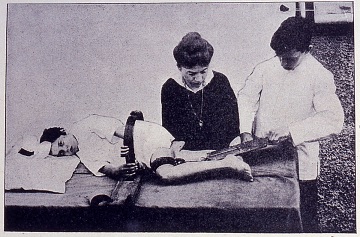 Doctor and nurse examining the muscle strength in a child’s hips, 1917 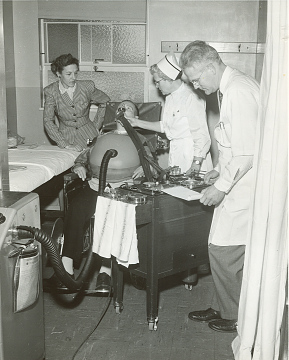 Testing respiratory capacity of a patient wearing a cuirass (chest) respirator, Rancho Los Amigos, Downey, California, 1950s
Courtesy of Rancho Los Amigos National Rehabilitation Center
Well, it’s like this. This is the only real way we can tell what breathing you have left…. We find the amount of air you can blow into this counterbalanced floating cylinder with the gauge—that’s all.
Larry Alexander, 1954
‹ Families and Individuals up How Polio Changed Us ›