From the first, Roosevelt seemed to understand that rehabilitation of the polio patient was a social problem with medical aspects. It was not a medical problem with social aspects.
Hugh G. Gallagher, 1998

When Franklin Roosevelt contracted polio in 1921, at age thirty-nine, it inspired his interest in medical philanthropy. When he heard about the therapeutic value of the thermal mineral baths at Warm Springs, Georgia, Roosevelt went there and ended up buying the site and creating a foundation in 1927. He persuaded his friend and New York City law partner Basil O’Connor to run it.

After Roosevelt became president in 1933, O’Connor co-coordinated Birthday Balls that took place on Roosevelt’s birthday each January and raised money for the care of polio patients. These were so successful that in 1938 they were merged into a nationwide organization, the National Foundation for Infantile Paralysis, later renamed the March of Dimes.

Once you’ve spent two years trying to wiggle one toe, everything is in proportion.
Franklin D. Roosevelt, 1945
Previous
Next 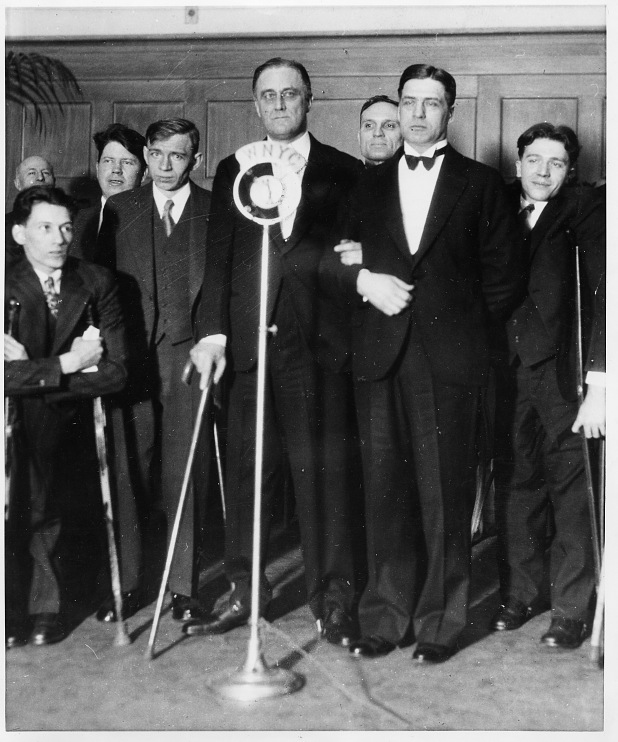 Franklin Roosevelt standing at a microphone at the Institute for the Crippled and Disabled in New York City, 1928 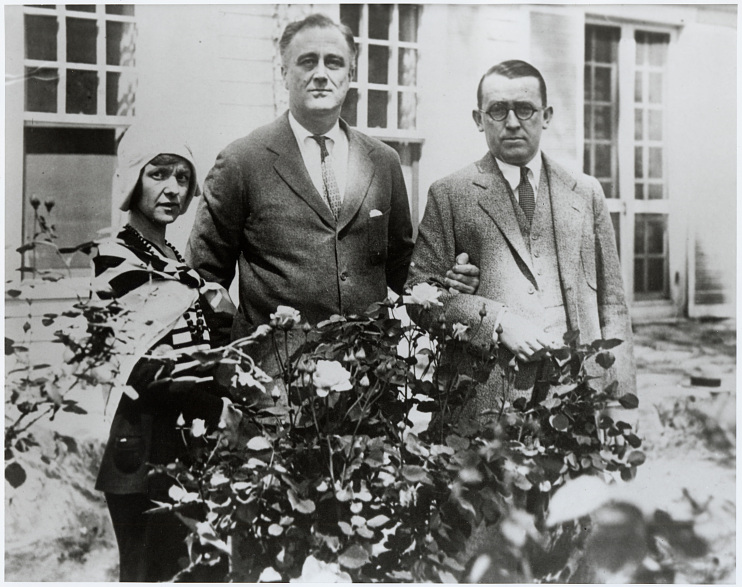 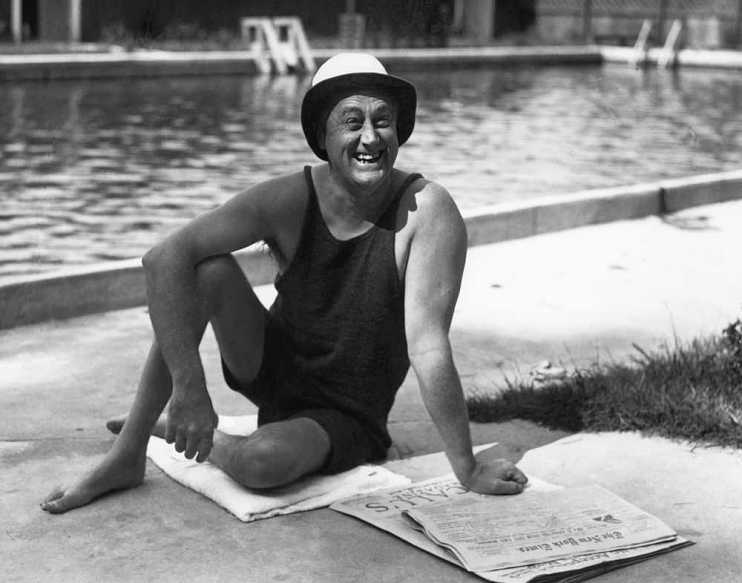 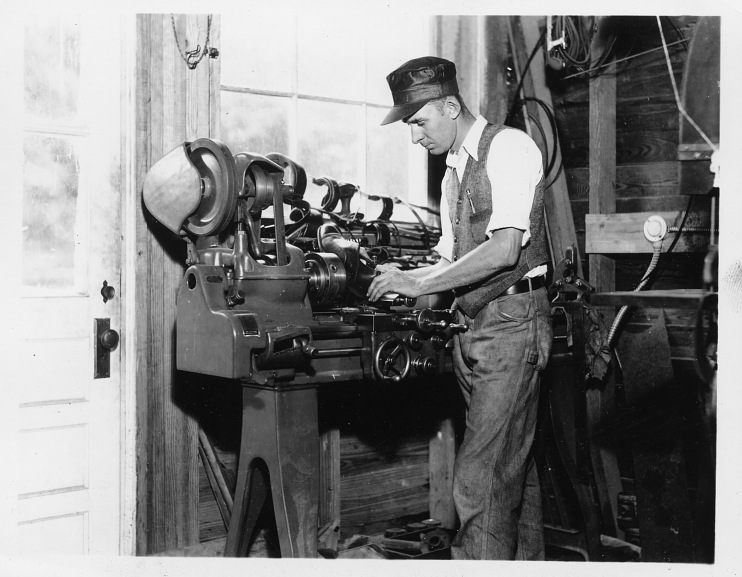 A brace maker at Warm Springs 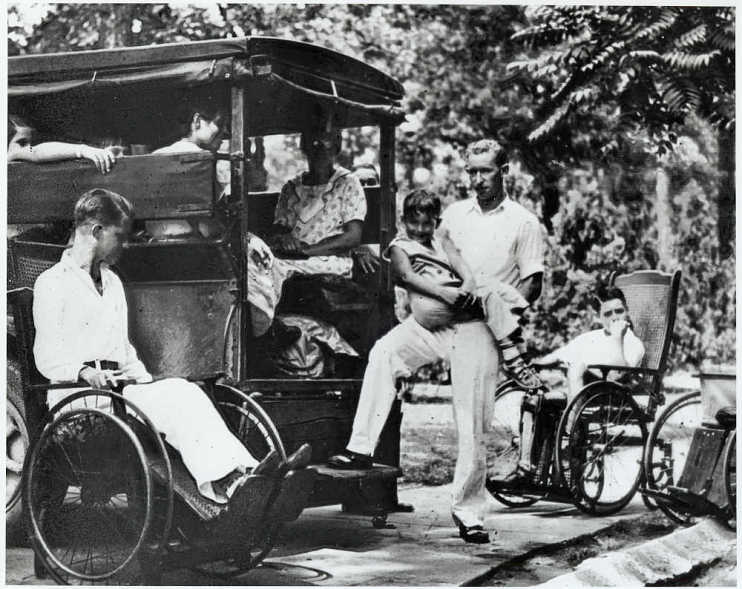 Franklin Roosevelt standing at a microphone at the Institute for the Crippled and Disabled in New York City, 1928

A brace maker at Warm Springs

« prev next »
For a generation, Warm Springs was a community of the handicapped. A permanent population of polios came to live at the Foundation or nearby. Many of these people worked at the Foundation as officials, staff people, and teachers…. New polios saw the old polios as persons with a paralysis pattern similar to their own, living a normal life, functioning as productive human beings. The value of such an example was enormous.
Hugh G. Gallagher, 1998
Previous
Next 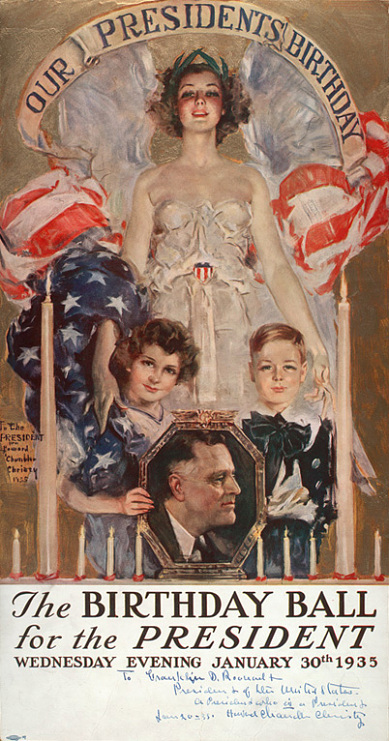 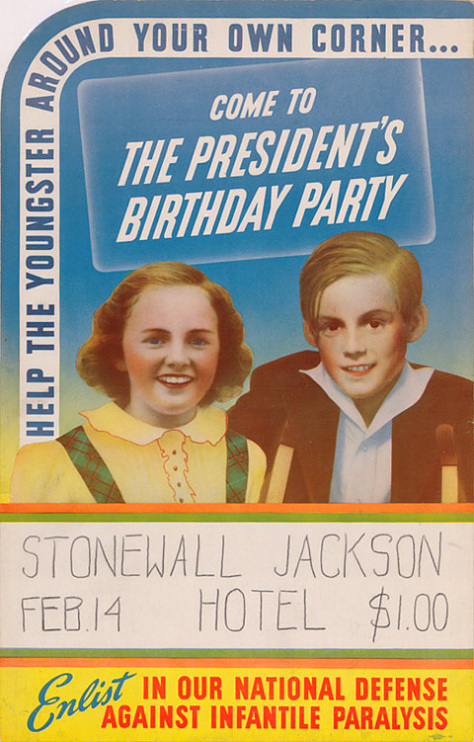 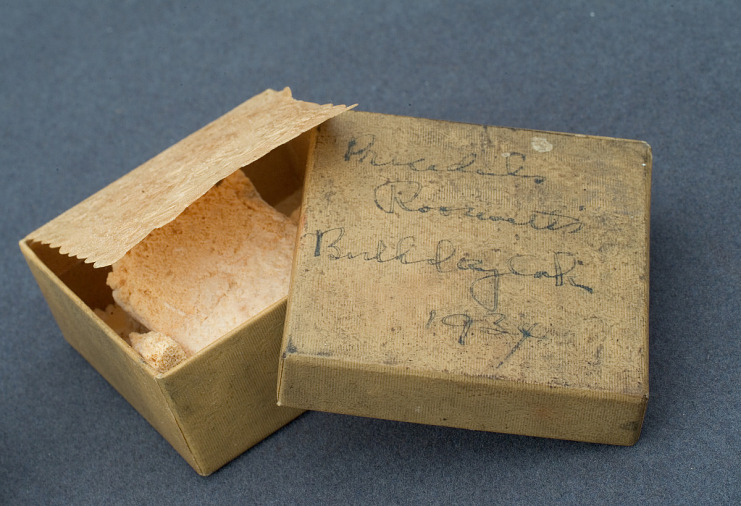 View object record
« prev next »
We can never forget that special union of the paradise island set up by master Roosevelt and his merry crew who invented joy on earth for those of us fortunate enough to get out of the claws of the doctors in the small grey hospitals around the country and into that wonder.
Lorenzo Wilson Milam, 1984
We are freed for the first time, really free of the nightmare that gripped us just months before. We are at home base now: playing games, visiting with staff and patients. Each day full to bursting with new tricks, new steps, new abilities. In Warm Springs, they start the process of giving me back to myself again. They teach me the new moves that are necessary with a new body. The act of standing and moving has to be thought out ahead of time and the reward is that one can disguise the effort involved in the commonplace act of sitting down or walking across a lawn. I’m learning to pass.
Lorenzo Wilson Milam, 1984 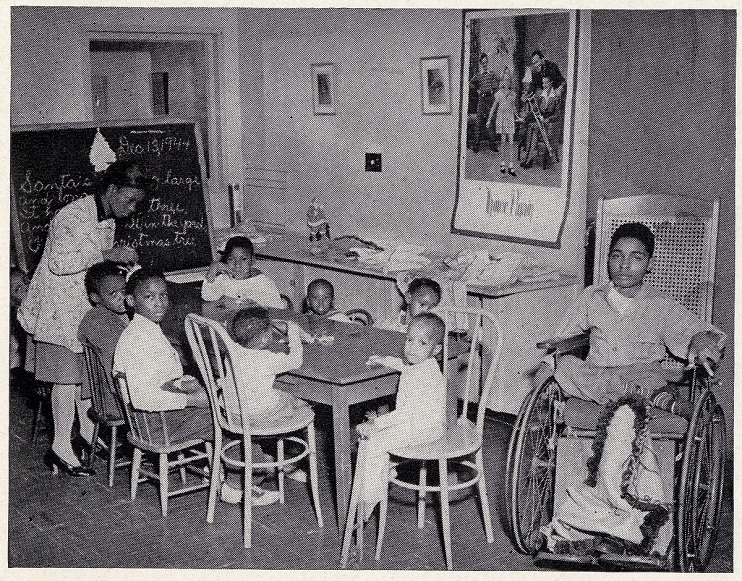 In 1939, the National Foundation for Infantile Paralysis supplied funding for a center at Tuskegee Institute in Alabama, where black patients could go for treatment. They were not admitted to Warm Springs.
Courtesy of March of Dimes

‹ March of Dimes up The Medical World ›