Every photograph is both truthful and deceptive. Every photograph is edited by the photographer. Each photograph is taken for some purpose, and that purpose determines what is shown and how it is shown (by the selection of such things as camera angle, framing, and composition). As time passes, it becomes difficult to retrieve the photographer’s intent as well as the way in which people of another era would have viewed and understood an image. We must rely on historical knowledge to see through a photograph to the evidence it reveals. These images were selected to illustrate some of the intricacies in reading historical photographs. 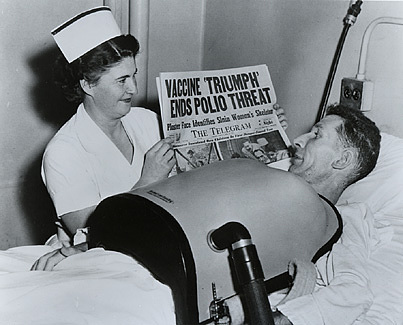 In this staged photograph, a nurse shows a newspaper with a headline about the polio vaccine to a man using a chest respirator. There is an element of cruel insensitivity in what is taking place. The nurse seems oblivious to the psychological impact of the headline on this man who was unable to benefit from the vaccine. But in the context of 1955, this image captures the intensity of the relief that people felt when an effective vaccine was found. For the nurse and many others, elation over the existence of an effective vaccine trumped every other emotion. 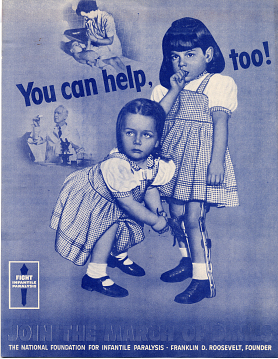 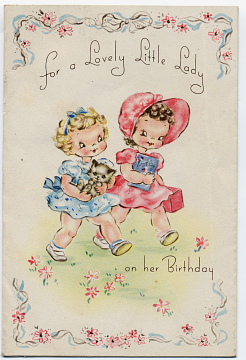 Hallmark card, with their focus on children, 1950s

The image on the left functions as a kind of community-based propaganda to motivate people to act. It is rooted in the baby boom years of the 1940s and 1950s, with their focus on children. Sweet, sentimental images of childhood appeared on greeting cards and advertising throughout the decades. 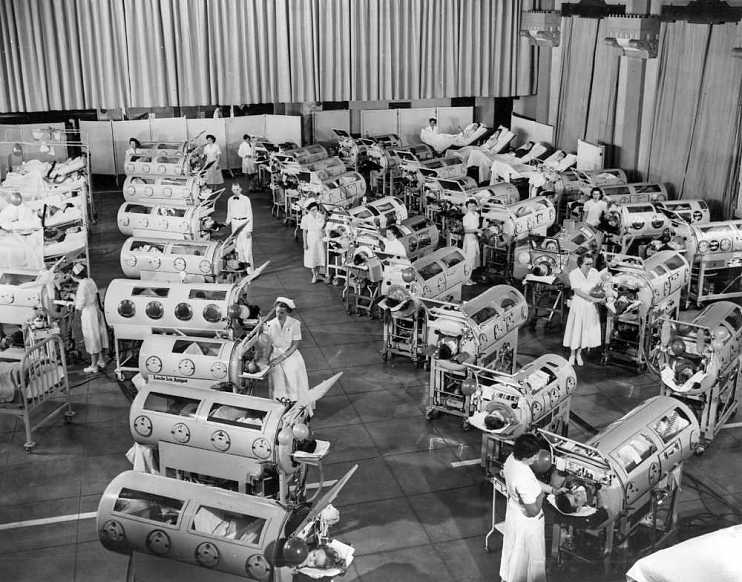 At first glance, this image shocks and saddens from the enormity of the problem of sick children in need of iron lungs. On closer examination, it is clear that the equipment that usually accompanied people using iron lungs, such as tracheotomy tubes and pumps and tankside tables, is not present (compare the picture to photographs in the section on the iron lung). This scene was staged for a film. It is not historically accurate as a respirator ward, but is an example of an established photographic technique (famously used, for example, by WPA photographers in the 1930s) of directing the viewer’s response by creating a shot that would not naturally occur. 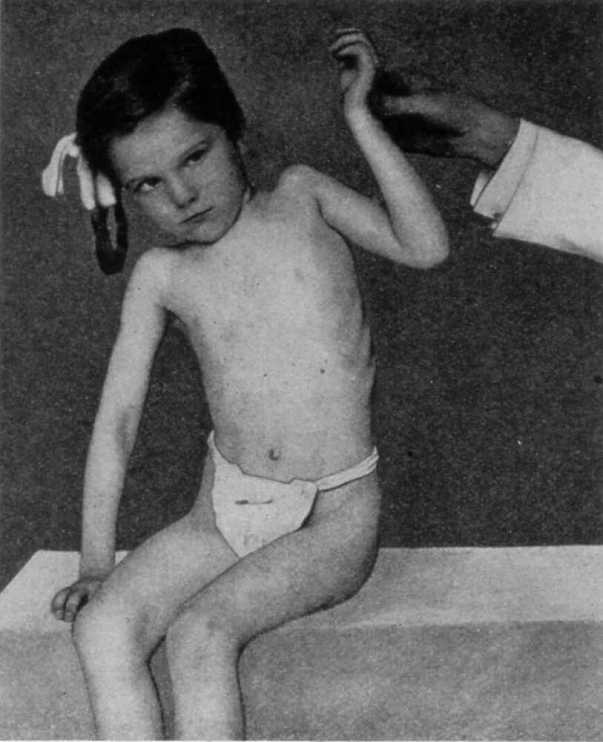 Young girl wearing only a diaper

In this image, taken from a 1917 medical textbook, the access point is that of the medical professional. The physician is in control of the anonymous “polio case.” Visual inspection of patients, as illustrated here, was a critical part of medical education. The patient’s context is missing because it was not important for the image’s intended audience. Consequently, the photograph captures assumptions about the doctor-patient relationship, power, and the vulnerability of those who are ill.

‘He’s pretty lightweight for a ten year old, isn’t he ma’am?… I’ll carry the boy down the steps if you can manage your bags.’ It began then, the feeling of being treated like a thing.
Don Kirkendall, 1973
Medical student without consultation pulls down the sheet over naked me. I don’t even know him and he is undressing me without my specific permission. I am wracked, and yet I remember thinking, ‘I don’t want them looking at me without my clothes, not at all’ But no one is listening to me. My body is no longer my own.
Lorenzo Wilson Milam, 1984 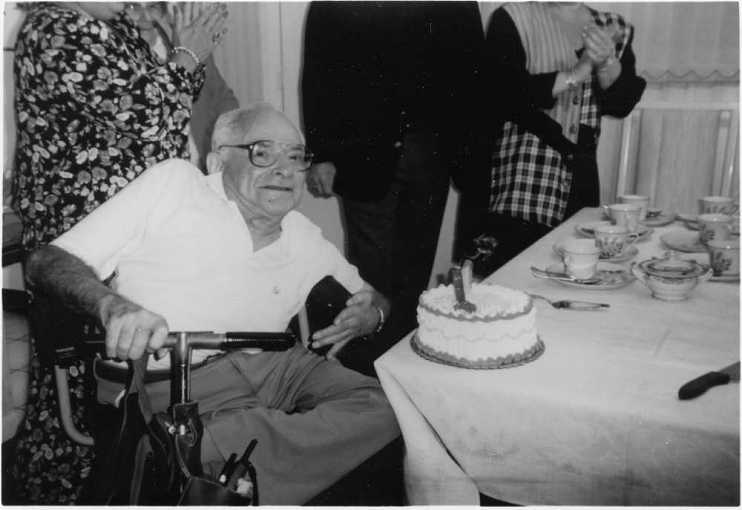 Snapshots and informal photographs have an altogether different composition. This amateur shot was intended for use as a memory aid, not for any didactic purpose. The composition is quick and chaotic, reflecting the bustling activity of the party. It captures the central figure, along with his birthday cake, but cuts off others at the party as well as details of the room. Yet at the same same time, unlike the medical image, it grounds the subject in his social relationships, rather than presenting him as an isolated individual.