Three years before the World Health Assembly launched its polio eradication program in 1988, Rotary International began its PolioPlus Immunize the Children of the World campaign, aimed at polio, diphtheria, red measles, tuberculosis, tetanus, and whooping cough. Since then, Rotarians have contributed $400 million to the effort. By 2004, the amount was $600 million.
Arthur Jensen, Rotary International, 1998

In some countries in addition to the polio vaccine, vitamin A, measles vaccine, and tetanus shots have been given during immunization days. 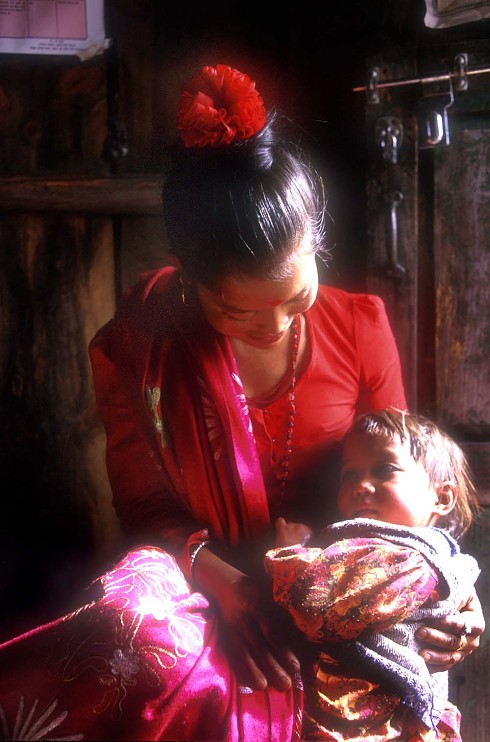 Ready to be vaccinated in Nepal
Courtesy of Jean-Marc Giboux

If Smallpox, Why Not Polio?

World eradication of smallpox in 1980 prompted health officials to suppose that other diseases might be eliminated. The intense global campaign against polio started in 1988, after the World Health Organization, the Pan American Health Organization, Rotary International, UNICEF (the United Nations Children’s Fund), and the Centers for Disease Control and Prevention had succeeded in controlling polio in the Western Hemisphere. Poverty, politics, wars, and diseases in resource-limited nations have made it difficult to end the transmission of poliovirus.

In the mid-1990s, we thought the money would do it. But that didn’t turn out to be true. We realized we needed everybody involved—to get the candy, buy the vaccine carriers, a job for everybody. It needed more than just money. We set out to just buy vaccine. But that wasn’t it at all. We needed Rotary volunteers in endemic countries, supported by Rotarians in polio-free countries. And we got them.
Bill Sergeant, chairman, International PolioPlus Committee, 2004
FACTOIDS
The war against polio is nearly over. Victory has been achieved in the Western Hemisphere with eradication of the disease from the Americas. The battle has been joined in the rest of the world, and conquest of this dreaded affliction within the next decade now seems certain.
Drs. Frederick Robbins, Ciro de Quadros, and Thomas Daniel, 1997
TOUGH CHOICES

Allocating Limited Resources
In Africa, the leading causes of death are HIV/AIDS and malaria, not polio. Some argue that the millions spent on stopping the transmission of poliovirus should be spent on more lethal diseases. Others point out that polio has greatly contributed to poverty, debility, and hardship, including the neglect and brutality directed at those disabled by polio.

In developing nations, the eradication of polio and attempts to control HIV/AIDS and malaria are in competition for funds and workers. India reported only eight new polio cases in 2004; Nigeria reported 257. By comparison in the same year, a total of about four million people were living with HIV/AIDS in India and Nigeria.

In 1991, the Pan American Health Organization located the last wild-type polio case in the Western Hemisphere—a nine-year-old boy in Peru. The last person to contract wild-polio in the western Pacific region occurred in 1997, and in Europe in 1998. 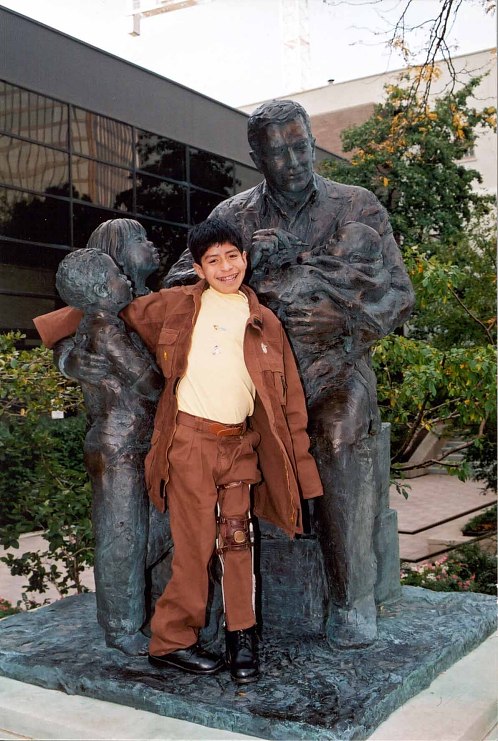 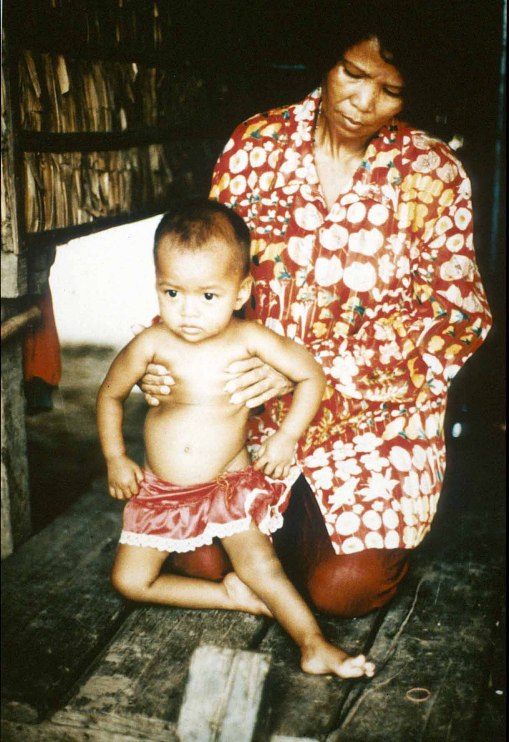 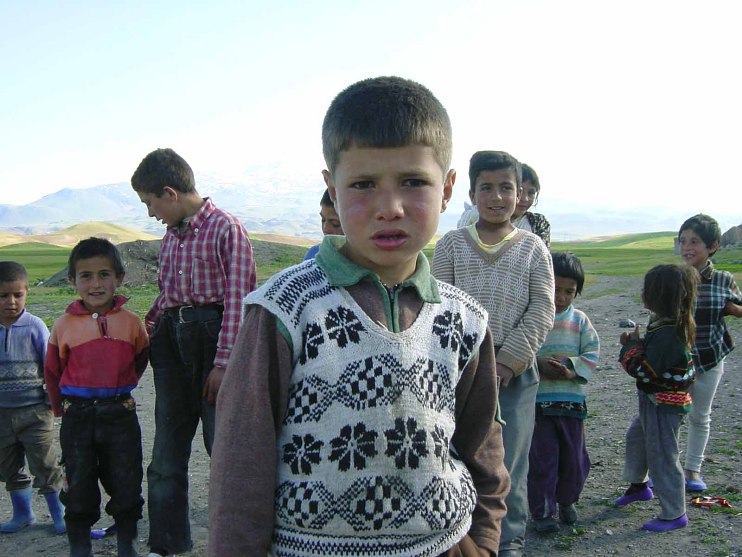 There has been little or no polio immunization in Nigeria’s northern states for more than a year because of rumors that the vaccine is a tool in a global plot to sterilize Muslims.
Washington Post, July 2004

As a countermeasure, vaccine for use in Nigeria was transferred to a producer in Indonesia, another predominantly Muslim country, and Nigerian commissions studied the safety of the vaccines. Vaccination eventually resumed, but not before twelve polio-free countries reported cases genetically linked to the poliovirus circulating in Nigeria.

Global health officials are bracing for the worst polio epidemic in years in west and central Africa, and they are scrambling for funds to prevent a continent-wide disaster. The situation, although not unexpected, turned grim with this week’s report of 60 new cases in Nigeria, the source of the epidemic, for a total of 257 by 22 June, and confirmation that poliovirus had jumped from that reservoir across to conflict-ravaged Sudan, where there had been no cases for 3 years.
Science, July 2, 2004 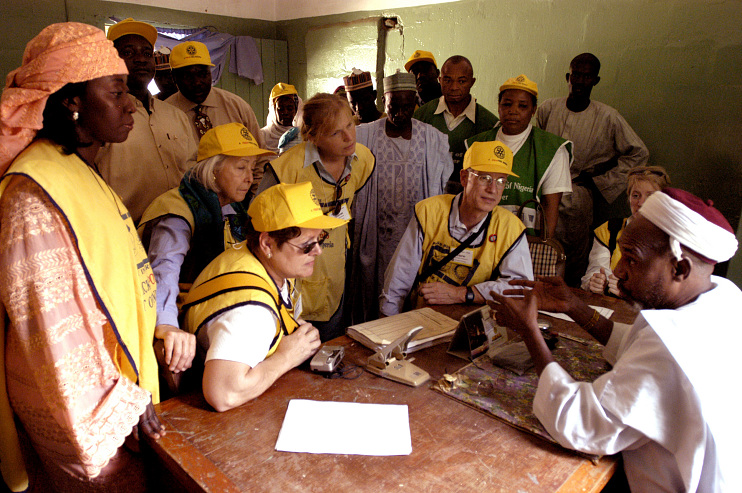 Childhood Vaccination in the United States

In 2004 in the United States, 86 percent of children are current in all of their vaccinations. The low figure is partly accounted for by groups who object to vaccination for religious or other reasons. In addition, most parents today have no memory of the serious childhood diseases of a generation ago. 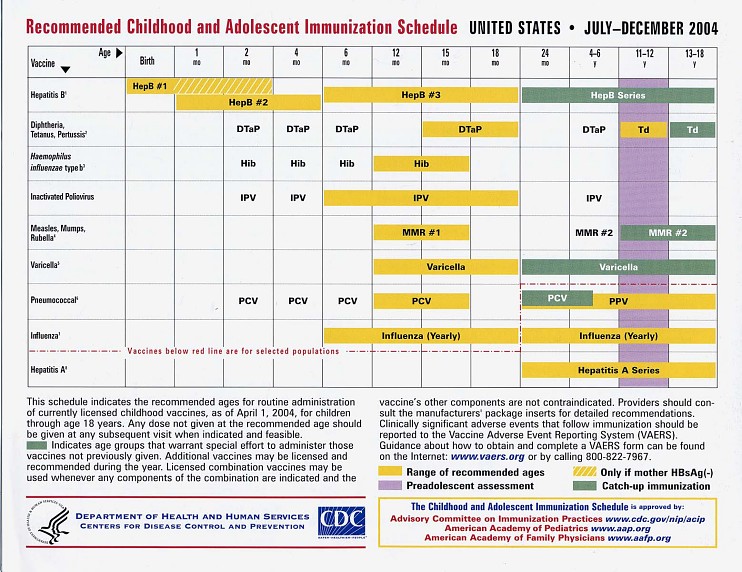