It's now possible to go from data printed on a piece of paper or stored in a computer and, without the organism itself … reconstruct a life form.
John La Montagne, National Institute of Allergy and Infectious Diseases, 2002

A genome is the genetic material of an organism. In 1981, two different research groups, Vincent Racaniello and David Baltimore at Massachusetts Institute of Technology and Eckard Wimmer’s team at State University of New York, Stony Brook, published the poliovirus genome. They used an enzyme to switch the single strands of viral ribonucleic acid—RNA—to double strands of deoxyribonucleic acid—DNA—and then determined the sequence of adenine, thymine, guanine, and cytosine encoding the five molecules that are the substance of the virus’s existence.

Poliovirus lacks the ability to correct its mutations, so its genome evolves at one to two nucleotide substitutions per week. It is always changing. 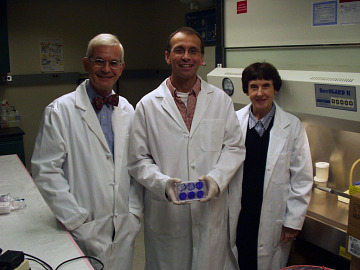 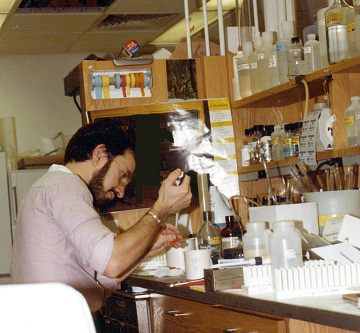 In 2002, investigators at the State University of New York in Stony Brook used the published genetic sequence to synthesize a DNA version of poliovirus. Then they used an enzyme to convert the DNA to RNA and grew the virus in a cell-free extract. Animal tests showed that the synthesized poliovirus caused paralysis.

The world had better be prepared. This shows you can re-create a virus from written information.
Eckard Wimmer, 2002 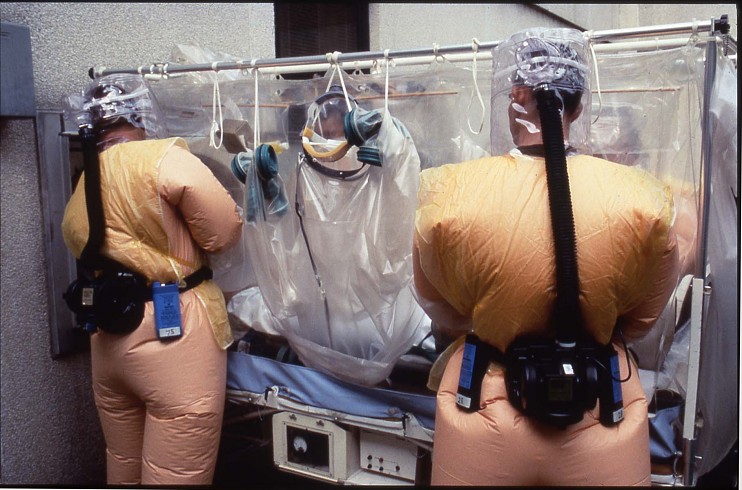 Workers in P-4 suits, used for protection from the most virulent pathogens

I did not use any machine for sequencing the poliovirus genome. It was all done by hand—my hands! I used what was known as the ‘Maxam-Gilbert’ method, in which four different chemical reactions are carried out on the DNA. The products are then fractionated on thin polyacrylamide gels, which were poured manually, run, and then carefully removed from the plates, dried, and exposed to X-ray film. The sequencing ‘ladders’ were then read by myself on a light box and entered manually into a computer. But we didn’t have individual computers back then, so I used a terminal hooked up to an MIT central computer.
Vincent Racaniello, 1981 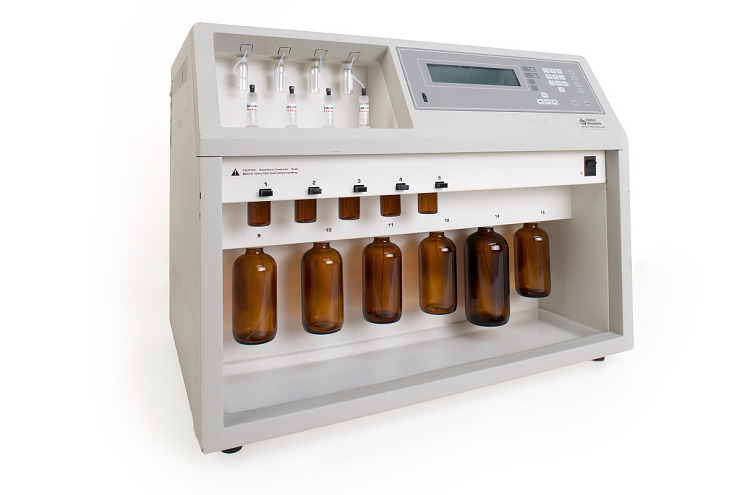 DNA synthesizers automatically construct short sequences of DNA, which then can be assembled into longer molecules, including single genes or complete genomes. This technology became commercially available in the early 1980s. This particular machine was made in 1991.
Courtesy of Applied Biosystems, Foster City, California

Who Needs Synthesized Poliovirus?
Viruses like polio, Ebola, and smallpox can never be eradicated because they can be created in the lab with a DNA synthesizer and the genetic code. Synthetically made viruses have the potential for both harm and good. Biological weapons can be created from them. But they might be altered to create new vaccines or novel systems to deliver genes as therapy.

‹ How the Poliovirus Works up History of Vaccines: Part 1 ›