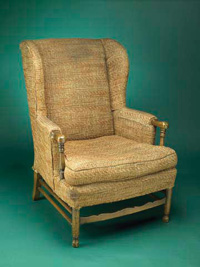 “All in the Family,” which ran from 1971 to 1979, was one of television’s most popular and influential programs. Creative in many respects, it shattered a long tradition in television comedies of portraying only happy families living in a world without social strife. Producer Norman Lear made conflicts and wounds in American life the target of the show’s biting comedy. Archie Bunker, played by Carroll O’Connor, was the bigoted centerpiece of the programs and a living symbol of intolerance and ignorance. Archie fought fiercely with his son-in-law, Mike, portrayed by Rob Reiner, and his daughter, Gloria, played by Sally Struthers. Their battlegrounds were the very issues dividing American society—ethnic prejudice, women’s liberation, and racism. The show’s humor revealed the limits of Archie’s bigotry, as well as the self-righteousness of his children. The antidote to Archie’s fears and prejudices was the innocence and generosity of his wife, Edith, portrayed by Jean Stapleton.