Sneak Peek into the Construction Zone

As of December 2007, the Museum is over a year into major architectural renovations to revitalize its building. The transformation that is currently underway focuses on three main areas: architectural enhancements to the Museum's interior; updating infrastructure (mechanical, electrical, plumbing, lighting, fire and security systems); and constructing a state-of-the-art gallery for the Star-Spangled Banner. Read on for a behind-the-scenes look at the progress the Museum is making. 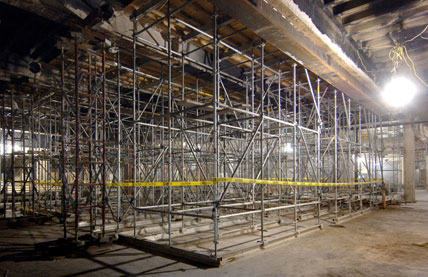 Scaffolding, a temporary framework for workers and materials, can be seen throughout many areas of the Museum during construction.

In its 2002 report, the Blue Ribbon Commission on the National Museum of American History raised concerns about the absence of open lines of sight in the building which made it difficult for visitors to orient themselves. The creation of an atrium in the center of the Museum, capped with a new skylight, will help to alleviate this problem. The atrium will feature a grand staircase connecting the first and second floors, with open views to the third floor where marble panels once stood, increasing visitors’ ability to see where they are and where they might wish to go in the Museum. Workers are currently laboring to make the new atrium and skylight a reality. Holes have been cut through the roof as well as the ceilings of the fourth and third floors. Learn more about the skylight. 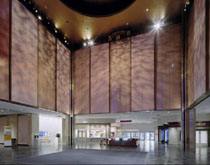 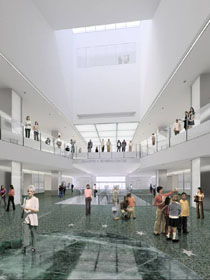 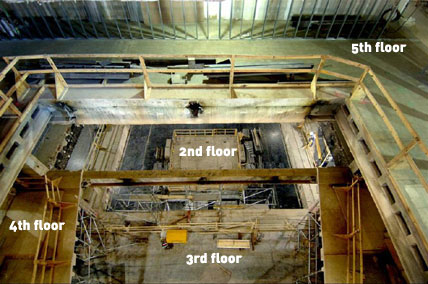 Looking down into the Museum from the hole cut for the skylight, fall 2007. 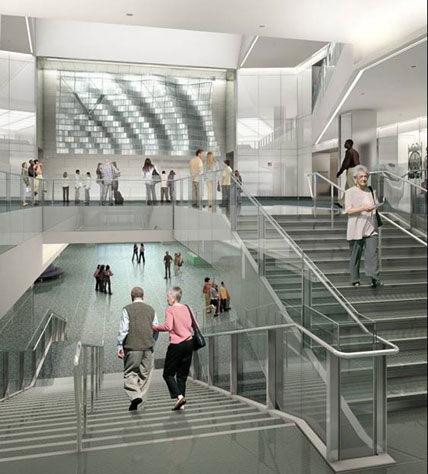 View, from the Mall entrance, of the grand staircase connecting the first and second floors, as it will appear in 2008.

The Museum opened in 1964, designed by Walker Cain of McKim, Mead & White. More than four decades later, the building is in need of upgrades to many of its systems including electrical, security, fire and alarm, and heating and ventilation. The Museum’s exhibitions now have more audio-visual and other electronic equipment that draws more power and generates more heat than the building was designed to handle. A more modern and efficient heating and ventilating system will be installed to allow the building engineers to monitor temperature and humidity in the various zones of building and make adjustments as necessary.  Additional electrical power capacity for new exhibitions is also included in this renovation. 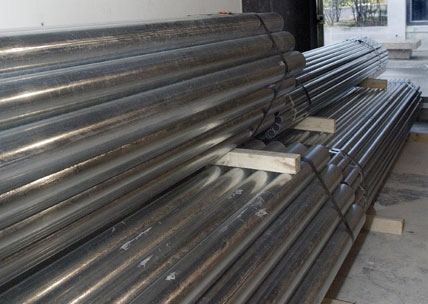 Metal conduit, pipe through which electrical wires can pass, is used for protection and routing of wiring. 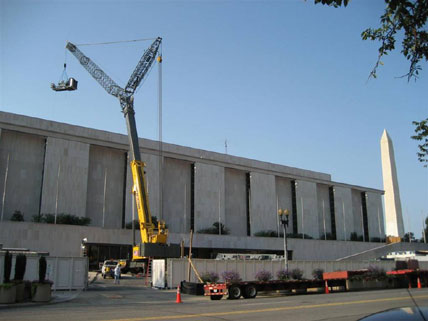 A new emergency generator was delivered and installed on the roof of the Museum in September 2007. The additional generator was needed to provide emergency power to the new fire protection equipment required by this renovation.

State-of-the-Art Gallery for the Star-Spangled Banner

When the new Museum of History and Technology (later renamed the National Museum of American History) was planned, architects designed a special Flag Hall for the Star-Spangled Banner. The design meant that the flag was prominently placed in the new building's central hall. When the Museum reopens November 21, 2008, the Star-Spangled Banner will be displayed in a specially constructed, dramatic room under optimal lighting and environmental conditions.  The flag will be displayed in accordance with the U.S. flag code at a horizontal orientation and at a 10 degree angle. 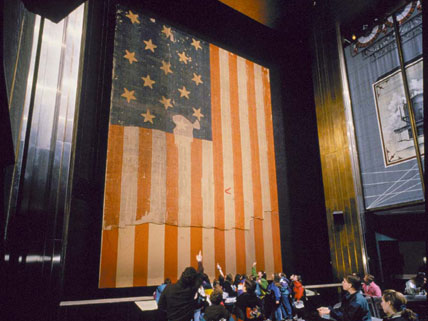 The Star-Spangled Banner, on display in Flag Hall in 1985. 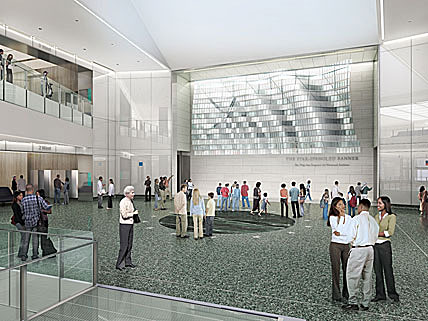 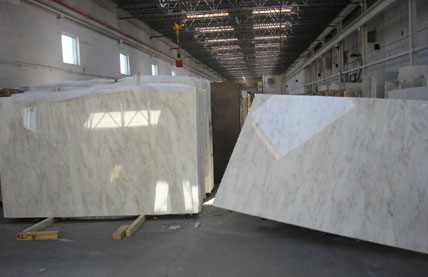 Vermont Danby marble was selected as the surface for the face of the Star-Spangled Banner chamber. This color of marble was originally used by Walker Cain of McKim, Mead & White to distinguish the east hall of the Museum. The abstract flag will hang from and in front of the marble surface. 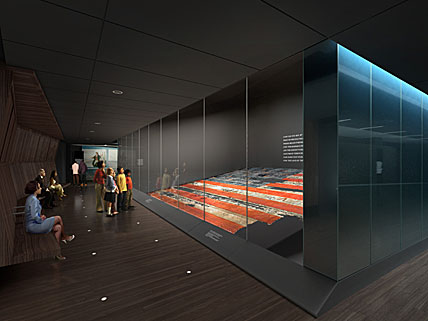 A state-of-the-art display chamber and exhibition will provide a new home for the flag that inspired the national anthem.

As construction continues and reopening approaches, stay tuned for more updates about the exciting progress being made by the Museum.  Subscribe to a free monthly e-mail newsletter to receive information on renovation progress, traveling exhibitions, public programs, and plans for reopening.

Support the renovation!  Your financial contribution will make history.